Why Internet must come in India first and Net Neutrality later

The next step is for DoT to implement the recommendations either in toto or in part, as it sees fit. Given that DoT is currently immersed in formulating a new telecom policy, Trai’s recommendations could serve as input. 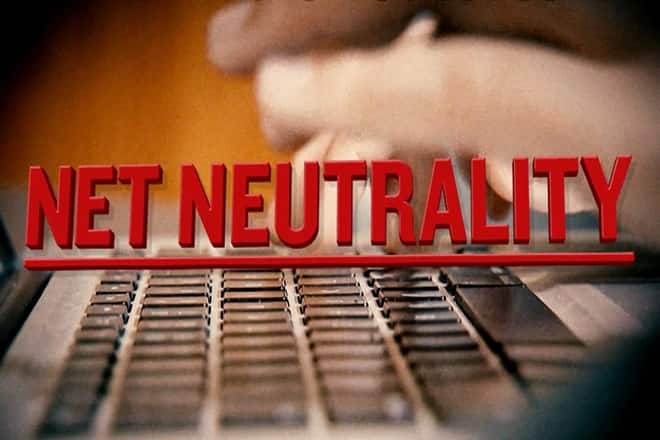 After three years of intense, and sometimes bitter, debate, the Telecom Regulatory Authority of India (Trai) has made its pronouncement on the vexing issue of net neutrality (NN). (YouTube)

After three years of intense, and sometimes bitter, debate, the Telecom Regulatory Authority of India (Trai) has made its pronouncement on the vexing issue of net neutrality (NN). It has recommended to the department of telecommunications (DoT) that internet access must be treated in the manner you would treat a public good, i.e., for the benefit of all. The word non-discrimination and its variants appear 77 times in the 7 chapters that spell out Trai’s preferred approach to regulating the internet. The next step is for DoT to implement the recommendations either in toto or in part, as it sees fit. Given that DoT is currently immersed in formulating a new telecom policy, Trai’s recommendations could serve as input. Trai has acknowledged that there is an unavoidable vagueness in defining NN, and thus a principles-based approach is more practical in this realm. And how it is operationalised depends on the local context, a fact inevitably reiterated in the recommendations. To quote from the report: “…most jurisdictions do not explicitly define the term in their policy or regulatory framework. Instead, they [try] to evolve appropriate principles of non-discrimination and neutral access in their respective contexts”. Thus, according to Trai, internet-access services should be governed by a principle that restricts any form of discrimination or interference in the treatment of content, including practices like blocking, degrading, slowing down or granting preferential speeds or treatment to any content; in other words, no blocking and throttling of lawful content and services and no paid prioritisation, except for traffic management reasons and for predefined specialised services like IPTV.

No one could possibly reject these universal and broad principles unless you are the country that sets the rules! In early 2015, the US Federal Communications Commission (FCC) had urged adoption of these principles in the aftermath of alleged exercise of monopoly power by ISPs like Verizon and Comcast that allowed preferential access to bandwidth hogging content like Netflix, thereby degrading the quality of the internet for other content. The contention was that you should not have to pay any more for choosing a service or website other than the normal access charge. Three years later, the US is withdrawing from the NN consensus it helped spread to other parts of the world. And, in the process, it will perhaps explore other ways to ensure that the internet remains an open space.

Meanwhile, since the discourse on NN commenced in India in early 2015, smartphone users have reached 300 million, up from about 200 million. Internet users are up by 70 million, mobile traffic grew 75% in 2016, and it is projected that it will grow twice as fast as fixed IP traffic. This confirms another feature of the circumstances in India, that the imminent data revolution will overwhelmingly be driven by mobile networks which, in turn, will provide the foundation for Digital India. India’s start-up edifice also represents a promising picture. It is home to some 4,750 tech start-ups—the highest number in the world after the United States and Britain. India has emerged as one of the top three countries globally in terms of the number of start-ups founded.
Proponents of NN will argue that this has been possible because the net in India is already in a state of de facto neutrality. And that the current recommendations of Trai will merely embed into the licence what is more or less the ground level reality. Importantly, an earlier order of Trai banning price discrimination of content guarantees that no content gets priority over another, keeping the net essentially neutral. This order which has a sunset clause will be subsumed if the current recommendations gain currency with the DoT.

The strongest argument in favour of NN is that it promotes innovation that a censored internet is likely to preclude. Are not the many successful start ups the result of unfettered access to the internet, ask the NN supporter, with the answer well and truly embedded in the question itself. Moreover, with India in the league of emerging nations ready to occupy and influence the world stage, any censorship of the right to access the internet will be seen as a retrograde step. After all, access to the internet is now viewed as a fundamental right. Only, about 70% of India’s population currently does not have access to the internet, making that right slightly privileged. An analogy with electricity is often used to justify NN by comparing internet provision to electricity access—we would be loath to be told which equipment can and cannot be powered by the electricity we have paid for. Let’s invoke the same electricity metaphor albeit in an altered manner. Deficit in access to electricity has meant experimentation, especially in under-provided rural areas, with new, low-cost models like distributed access, etc. This energy is capable of lighting just a few light bulbs or a fan but makes an enormous difference to the lives of the many who have never had access before. Access to grid supplied electricity is not ruled out, but as a transient solution, the low-cost model is desirable and efficient.

The standard narrative in favour of NN takes two things as given—that the infrastructure exists to enable participation and access, and that an open internet boosts innovation activity. This is so because internet produces profound ‘network effects’, meaning that the value of the economic activity the infrastructure supports expands simultaneously and potentially non-linearly. In 2014, then US president Barack Obama had eloquently reminded the world that NN is essential to enable the next Google and the next Facebook to succeed. Facebook itself publicly announced support for the principle. If, however, internet infrastructure is inadequate as it is in rural areas and affordability is an important consideration, packages such as Facebook’s ‘Free Basics’ will enable first-time, albeit limited, access for many users to the internet. At the appropriate time of her choosing, the subscriber can migrate to the uncensored net just as users of distributed energy systems can migrate to grid-based power supply. Even if Free Basics violates the purist standards of NN, will it bring grave harm upon and distort the very foundation of the open system? By itself, evidently not. Perhaps the unsettling element is whether permission for such proposals will lead to other more damaging content provider-operator arrangements that will inhibit competition and weaken innovation.

For the latter, Trai has an interesting proposal, a first for the telecom sector. It recommends creation of a not-for-profit, multi-stakeholder body for monitoring and enforcement, comprising members representing different categories of service providers, large and small content providers, representatives from research and academia, civil society organisations and consumer representatives. The diverse representation will keep the group honest, and violations of NN principles will be quickly brought in the open. There is no doubt that consumers must be liberated from the clutches of digital gatekeepers, but not every proposal emanating from service providers should be seen with jaundiced eyes. If Free Basics and its ilk turn abusive, by all means, root them out from the system. But, can we give it a chance, for the sake of the underserved and for catalysing digital India? For once, let us appeal to the latent goodness of our collective enterprise.