The digital way: Growth with welfare

The concept of the Samagra goes beyond convergence of social sector schemes to the creation of a unique database and a common platform for providing entitlement-based, not demand-driven, benefits 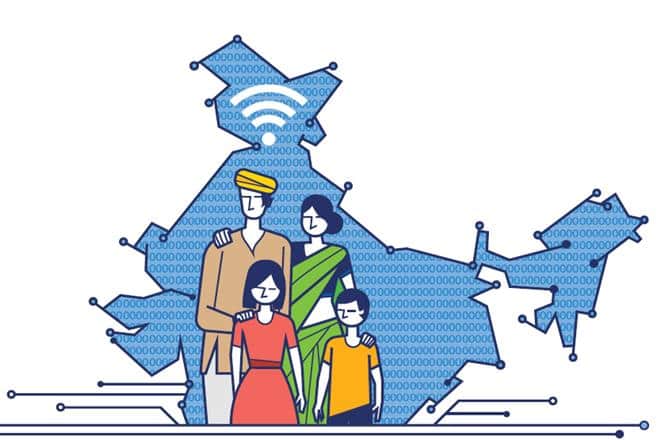 Digitisation is key to identifying the beneficiaries based on constitutional rights and eligibility for various welfare schemes.

India has managed to leverage digital technology to usher in socio-economic equity and growth in the last 10 years. Digital technologies are key to Prime Minister Narendra Modi’s efforts to make India a $5-trillion economy. The Digital India initiative launched in 2015 has helped improve the delivery of government support and public services. The software industry has revolutionised India in more ways than one. Apart from creating millions of jobs, it also helped the central and state governments to improve governance. The focus on digitising various welfare schemes, creating a robust database and having a universal identifier in Aadhaar helped the government target its welfare efforts and save crores of rupees. Improved delivery of welfare expenditure is expected to have a multiplier effect on economic growth and welfare.

With its more than 1.3 billion population, India had no option but to embrace digitisation to optimise resources for effective outcomes. There are several success stories of Digital India in governance, service delivery, financial transactions, identification mechanism and population register. Efforts are on to replicate these success stories in more areas to facilitate informed decision-making, inclusiveness in financial dealings, creation of a population register and better infrastructure planning.

Digitisation is key to identifying the beneficiaries based on constitutional rights and eligibility for various welfare schemes. It was in 2012 that the first challenge for the Direct Benefits Transfer (DBT) with effective financial inclusion was flagged. All types of financial institutions—banks, post office, cooperative banks, National Payments Corporation of India, payment gateways, credit cards—were creating their digital processes independent of each other. The challenge then was to make the IT talk to each other. The digital evolution of DBT payment was the first step towards creating a strong bridge for financial transactions across financial institutions. For post office and cooperative banks, software that enabled credit into beneficiary accounts in 20 days was accepted. In 2012, the system became operational with all financial software and transaction platforms getting in sync. This became the foundation that allowed the government to make nearly 85% of its transactions with citizens and merchants cashless. Efforts are on to make it 100% as per the recommendations of the five-member high level committee of RBI, of which I was a member.

The efforts towards DBT ran parallel to financial inclusion. This was done by the Jan-Dhan Yojana, but then accounts were open only in banks that constitute 13-15% of financial institutions. Post offices and cooperative banks that handle about 50% and 38% of transactions, respectively, were left out. This resulted in the accounts at far-off locations becoming non-operative. The need now is to systematically plan and map all financial institutions within a 5-km radius for ensuring improved financial inclusion and more digital transactions.

Digitisation brought in a paradigm shift in governance—from welfare mode to entitlement mode. The need is to have a robust real-time household-wise database that will allow the government to disburse entitlements instead of waiting for anyone to apply. The UN had set the Sustainable Development Goals to ensure that no one is left behind. Robust data is needed to make sure the last one in the queue, who is unlikely to approach the authorities, is able to get the benefits. Madhya Pradesh pioneered in this area with the Samagra experiment, which is now adopted not just by eight states, but also by some foreign countries. The concept is to have a common household database instead of silos of individual databases that have evolved over a period of time. Many a times, these databases do not talk to each other and are updated at different frequencies. Aadhaar may have helped avoid duplication in many cases, but in this case it may not be of help as the household is the basis of entitlement. A household database with a unique number assigned to each household was built up using the Socio-Economic Caste Census and the National Population Register data. The common household database, thus, had verified parameters such as BPL, address, gender, caste, bank account number seeded for once as per the choice of individual. Aadhaar was used only as the identifier. This common household database was then subjected to NIC developed software Samagra. All government departments that provide wages, scholarships, food security, housing, differently-abled assistance, health and labour worked in their own security protected vertical columns. The benefits once given were available in read-only mode. Thus, for any given time, the household data was updated as modified for birth, death, migration, split in household family, addition/subtraction due to marriage. This enabled linking of insurance and health benefits with the software. The claims went up manifold, while ensuring the benefits reached as per entitlement. The common household database is also used in the government’s health insurance scheme Ayushman Bharat.
In Sanskrit, samagra means all-comprehensive, integrated—and that precisely defines its vision. The concept of the samagra goes beyond convergence of social sector schemes to the creation of a unique database and a common platform for providing entitlement-based, not demand-driven, benefits. This represents a much-needed paradigm shift from social sector schemes in silos and databases that do not talk to each other, to rationalisation of schemes and streamlining of the procedures involved in imparting benefits based on entitlement.

To be effective, the data should project the status of a household, its entitlements, and the benefits imparted to the household and its individual members. This is what the Samagra does—it captures all the required household-based data with verified parameters of caste, age, SECC status, vulnerability and the masked bank account and Aadhaar number that saves the pain of seeding them again and again in different databases.

A common database enables rationalisation of different schemes for the same or similar objectives spread across departments. Take the example of assistance for marriage of girl child scheme. This was operated by different departments including the minorities commission and the SC/ST commission with different amounts given. A common database helps avoid duplication and ends the need for applying for entitlements several times. The Samagra weeded out duplication of premium payment to the LIC for BPL, by fisheries department, by mandi, etc. The claim settlement also got streamlined as the LIC linked to Samagra database and thus once the death certificate is uploaded by the authority and eligibility is checked being BPL/labour/fishermen, etc, the claim directly goes into the account of the bereaved wife as the verified account number is already in the database.

The digitisation of government services has not just enabled DBT, but has also reduced wastage of resources and duplication of assistance by multiple departments working for similar objectives. It is a step towards better coordination and convergence amongst government departments and sharing of data. This, along with data security and privacy, remains a major challenge for the government.

The author is a development economist, and former secretary, government of India