The current SUC of 3% for auctioned spectrum is 30 times the actual cost of administering and regulating spectrum. 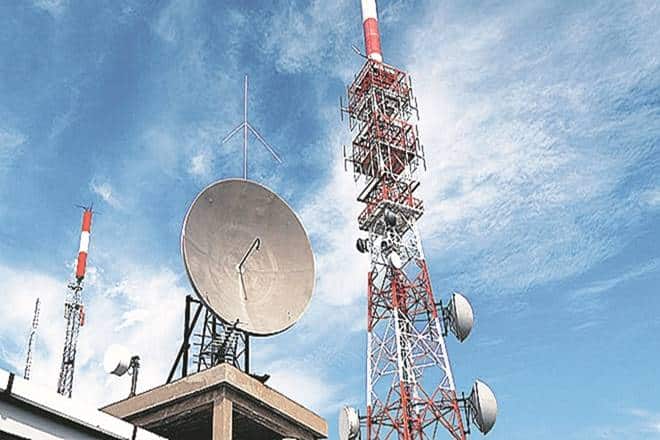 In 1999, the new NTP 99 was introduced which brought in the revenue-sharing method for licence fee payment.

Since the inception of mobile phone service in India in 1994, 4.4 MHz of spectrum was bundled with the licence and allocated to operators, but soon, by 1996/97, it became evident to the government that incremental amounts of spectrum would need to be allotted to operators as more subscribers adopted the service. Otherwise, the quality of service would get seriously impacted. Thus, based on technical representations and justifications, operators started getting additional 1.8 MHz, taking the total holding to 6.2 MHz. Such need and justification-based allocation was obviously painful and laborious and resulted in difficulties for operators as well as the department of telecom (DoT). A change was desired.

In 1999, the new NTP 99 was introduced which brought in the revenue-sharing method for licence fee payment. Payment for spectrum continued, however, on a fixed fee basis for a couple of years more. In 2002, spectrum payment was also, however, converted to a spectrum usage charge or SUC on a percentage revenue share basis and a charge of 2% of revenue for holding 4.4 MHz of spectrum and 3% for 6.2 MHz spectrum was stipulated.

However, as subscriber growth jumped by leaps and bounds after NTP 99, increased allocations were called for and the principle of an ascending scale of SUC was continued. The understandable justification, as decided by the concerned DoT Committee at that time, was that this would be a safeguard against spectrum hoarding. One must remember that there was no initial payment for spectrum since it was bundled with the licence and not auctioned. Hence, conceivably, if SUC were a small constant percentage, an operator could go on garnering additional spectrum, showing ‘justification’ of additional subscribers but, after a stage, merely keep hoarding the spectrum and quietly churning or dropping off their subscribers. Their only cost would have been a small percentage of SUC. An understandable situation. Hence the ascending SUC scale with the percentage revenue share climbing from 2% for 4.4 MHz to 5.0% for 10 MHz—a very high levy almost analogous to the prevalent high licence fee. There is no parallel to such high levies anywhere else in the world.

Let us now cut to 2012. Post the spectrum controversies and the intervention of the Supreme Court, spectrum was unbundled from the licence fee and sold separately through auctions.This practice is in vogue since then and enormous sums of money—as much as Rs 2.53 lakh crore since 2012—has been collected by the government as auction sale proceeds.

Sadly, however, while spectrum was delinked from licence and auctioned with very high sales proceeds, the high 5% SUC continued. In August 2016, the SUC was reduced to 3%, but even this is extremely high.
SUC, especially in an ‘unbundled regime’, is virtually a punishment for better performance by the network operator.

This is because the reason why the operator needs increased spectrum is to provide mobile service to more customers/subscribers. In other words, they have achieved more rollout and penetration of the service which is the desired goal in telecom. Moreover, since their customers are more, their service revenue would be higher and they anyway therefore pay a higher quantum of SUC payments to the government. Further, due to the higher revenue, they would also be paying more licence fee and also more corporate income tax. All this after paying enormous spectrum prices on the basis of auctions.

It should be noted that, since 2012, over and above the Rs 2.53 lakh crore collected from auction sale, the government has also gained the following large sums through SUC (see graphic). It is also worth noting that, in India, we are cramming far more subscribers into one unit (MHz) of spectrum as compared to any other country in the world (see graphic). Surely, our operators need to be rewarded for this and not punished with a high SUC over and above the auction price. This situation is clearly a glaring anomaly that needs immediate rectification.

In most countries, once the spectrum price has been paid through auctioning or other methods, the ongoing spectrum usage charges, if at all levied, are set to just recover the cost of administering and regulating the spectrum which would normally be a very reasonable sum. The draft of the new National Digital Communications Policy also recommended that SUC should only cover the cost of administration and regulation.

If one examines (for 2017-18) the annual budget of WPC Wing and Wireless Monitoring Organization, available in the public domain, one sees that (including the cost of machinery and equipment, buildings, etc.) the total is Rs 75 crore. If we add the pension expenditure, the figure comes to about Rs 200 crore. This would amount to just 0.1% of the revenue.Thus, the current SUC of 3% for auctioned spectrum is 30 times the actual cost of administering and regulating spectrum.

The National Digital Communications Policy 2018 rightly raises the clarion call for “reviewing of levies and fees including LF, SUC…”. Yes, definitely warranted. This ‘Surely Unjustified Charge’ needs to be abolished.