Namami Gange is still far from its touted goals RBI

Namami Gange is still far from its touted goals. 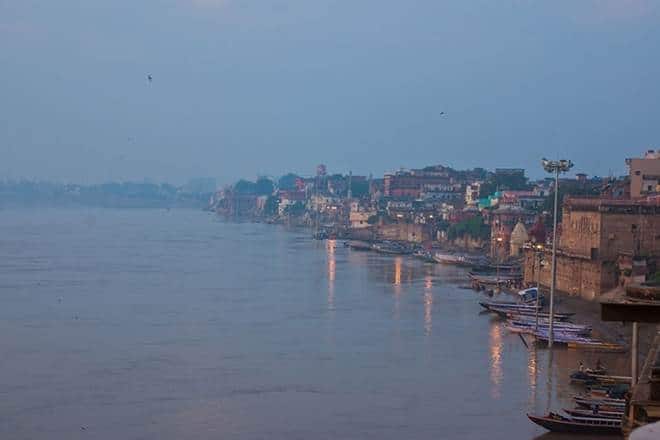 Ganga clean-up minister Nitin Gadkari has talked of 254 projects sanctioned at a cost of `24,000 crore that will clean up the river by March 2020 (the original deadline was March 2019).

Even though other major Indian rivers suffer far worse pollution—the Yamuna, the Godavari and the Kaveri, for instance—Ganga has historically received disproportionate attention from policymakers because the lives of nearly 400 million on its banks are tied to its fate and it is the holiest of holies as far as rivers in Hinduism are concerned. The NDA II, thus, made a high-decibel campaign of setting up a separate department under the water resources ministry for Ganga rejuvenation and earmarking `20,000 crore for Namami Gange, touted as a conservation effort far larger in scale and vision than those that preceded it.

Now, a Mint analysis shows, despite all the talk, Ganga flows just as maili (dirty) as before. Three rounds of testing in four states—Uttarakhand, Uttar Pradesh, Bihar and West Bengal—showed no material improvement in the state of the river between 2014 and 2018. Its waters were safe for bathing at just 13 points out of 61 live monitoring stations, with faecal bacteria above the acceptable level—this, after the government claimed that 4,465 villages along the Ganga were now open-defecation free. In 2018, as per Central Pollution Control Board data, 211 of 961 industrial units along the river were violating effluent disposal norms. Of the 304 projects that were to be undertaken under the National Mission for Clean Ganga (NMCG), as of March 2019, only 85 have been completed.

Against a 3,730 million litres/day target for development of sewage treatment capacity—the volume of sewage dumped in to the Ganga—the existing capacity is of just 2,350 MLD, with 413 MLD added under the NMCG. Also, an estimated 11,729 tonnes per day of municipal solid waste is generated by the 97 towns along the river, while the existing processing capacity is of just 3,786 tonnes, and a further capacity of just 3,058 tonnes has been approved so far.

Also Read
The Adani crisis
A rate cut, but no dovish MPC
Globalisation and Gandhiji’s seven sins
Understanding the four Vs of operations management – volume, variety, variation and visibility

The problem is perhaps rooted in the many slips between the cup and the lip. Against Namami Gange’s `20,000 crore over five years, the water resources ministry admits, just `5,448.99 crore has been spent from the `6,819.27 crore released between FY12 and November 30, 2018. Continued industrial pollution is evidence of how the government has failed to balance industry’s concerns against those of the river and the environment.

Ganga clean-up minister Nitin Gadkari has talked of 254 projects sanctioned at a cost of `24,000 crore that will clean up the river by March 2020 (the original deadline was March 2019). The expenditure will be on 133 sewerage management projects, 11 bioremediation projects, a modular Sewerage Treatment Plant, a rural sanitation project, 64 ghat and crematoria, six bio-diversity and 16 afforestation projects.

While that seems quite comprehensive an action plan, the pace so far doesn’t encourage much faith. Indeed, even though the water quality of the Ganga at Prayagraj deteriorated between 2014-15 and 2017-18, the Ardh Kumbh earlier this year, on which the government spent over `4,000 crore, generated 18,000 metric tonnes (mt) of the 60,000 mt of solid waste lying untreated at the Baswar Solid Waste Treatment Plant.

The National Green Tribunal made particular note of this in its censure of the Uttar Pradesh government, and also pointed out that the Rajapur Sewage Treatment Plant was swamped with sewage beyond its installed capacity during the mega-pilgrimage, and only 50% of the sewage in the Rajapur was being treated through geo-tube technology while the remaining was flowing in to the Ganga untreated.