Inside track by Coomi Kapoor

The survey comes at a time when there is general agreement that Rahul’s Bharat Jodo Yatra has enhanced his image. 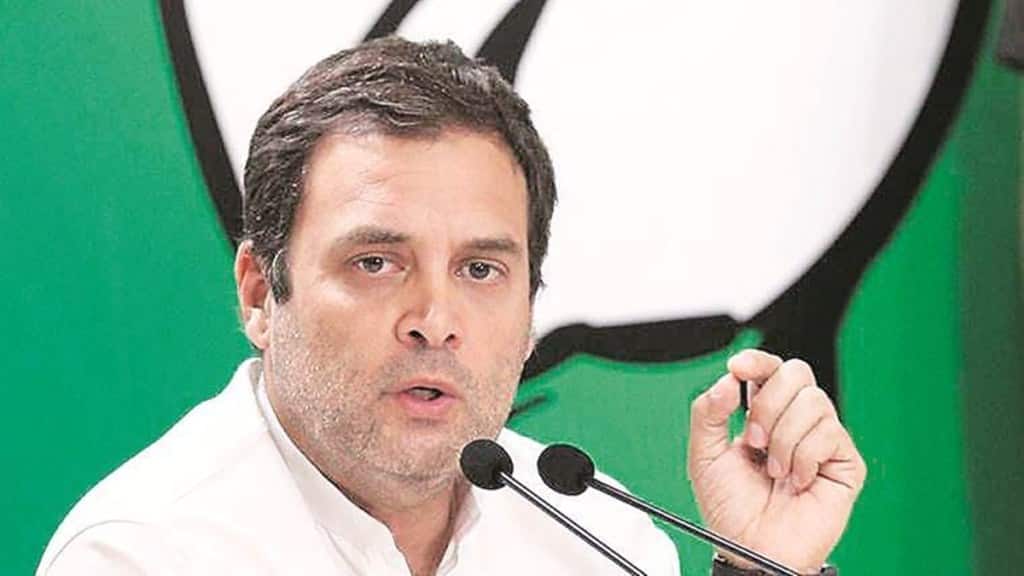 There is a buzz in political circles over a recent well-funded poll survey which concludes that every major Opposition leader when pitted as a potential prime ministerial contender against Narendra Modi in 2024 comes out a clear loser and Arvind Kejriwal actually scores slightly higher than Rahul Gandhi, despite the Congress’s all-India presence and a committed vote share of some 17%.

The survey comes at a time when there is general agreement that Rahul’s Bharat Jodo Yatra has enhanced his image. The ‘Pappu’ stereotype of a dilettante, unfocused, entitled, inaccessible dynast, assiduously cultivated by the BJP propaganda machine, has been replaced by that of a man with sincerity and amazing physical stamina. A string of heart-warming photos of a bearded, slightly greying Rahul briskly walking 20 kilometres a day in freezing cold in a T-shirt, hugging his fellow marchers has won him many new admirers. (Though his off-the-cuff remarks about his metamorphosis can sound at times incongruous and extremely apolitical.)

Cynics, however, point out that so far, there have been no tangible electoral gains from Rahul’s image make-over. Rahul was missing in Himachal Pradesh, the only state the party won. The new survey suggests that the yatra has not eaten into the BJP’s core vote bank.

Opposition parties obviously want the Congress to be part of a united opposition. When Telangana CM K Chandrashekhar Rao hosted a lunch for non-BJP parties, minus the Congress, Nitish Kumar disassociated himself, remarking, “We want a Main Front not a Third Front’’.

The possible hitch in unity efforts for 2024 could arise if the Congress insists that Rahul be the face of the Front. The TMC’s Derek O’Brien has already suggested a “Faceless Front’’ — effectively a leaderless front— where the person projected to counter Modi could vary from state to state.

Significantly, almost all senior opposition leaders have stayed away from Rahul’s image-building yatra. Even close allies such as Tejaswi Yadav, Uddhav Thackeray, Sharad Pawar and Hemant Soren have deputed their juniors. Others like Akhilesh Yadav, Deve Gowda, Mayawati and the AAP have kept their distance. It is to be seen how many of the 21 opposition parties invited for the yatra’s conclusion on January 30 show up.

In 2024, the question will be whether the Congress acquiesces to be one among equals and not demand its usual premiere position. In the assembly elections for Karnataka, Madhya Pradesh, Rajasthan and Chhattisgarh this year, the Congress is the main opponent to the BJP and hopes to benefit from the anti-incumbency factor. If the 2023 results favour the Congress, the party leadership believes it would gain the necessary momentum to reclaim its role as the principal challenger to the ruling party and display Rahul’s photo prominently on Front posters.

US officials had reservations about the presence of Uttar Pradesh Chief Minister Yogi Adityanath at the airport when then President Donald Trump visited Agra to see the Taj Mahal in 2020, in view of a strident campaign in the USA against Yogi’s anti-minority statements. The White House reluctantly acquiesced when Indian officials insisted it was part of protocol. The US side had not bargained that Yogi would in fact completely win over Trump by presenting him a gift which the American President declared was the “best gift I have ever gotten’’ — a gigantic photo of Trump and Melania in front of the Taj. Trump was so excited by his present that he wanted to show it off on the plane and was peeved to learn that it had been left behind for a security check. He fumed that the Secret Service might damage it. The incident is one of many racy anecdotes in Seema Sirohi’s insightful new book, “Friends with Benefits: the India US story.’

Has one master-sleuth damned another by over-effusive praise? One has to read between the lines in spymaster A S Dulat’s recent book, A Life in the Shadows, to reach one’s own conclusions. Dulat. while referring to NSA Ajit Doval, once his junior, writes that like him, Doval does not play by the book. However, the author adds, unlike him, he “employs trickery and a tougher line’’ and can be “colder and more calculating… He was everyone’s friend and no one’s friend at the same time.’’

Doval used the stick, not the carrot, approach in intelligence gathering and the writer believes that “he and Narendra Modi are made for each other’’. On Kashmir, Doval made clear to Dulat that there was no longer any room for talks.