Bold measures for connectivity through transit-oriented development will lead not only to decongesting growth centres, but also strengthening labour markets and building rural-urban linkages. 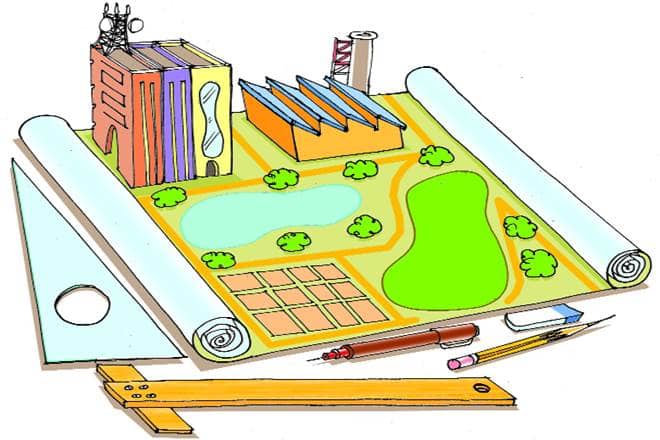 This column usually tries to go behind the visibly deficient state of delivery of public services in our cities and discusses the possible solutions. Today, we spell out a challenge that may not be as visible as the burning landfills or flooded streets, but, in some ways, is even more important. This is the challenge of metropolitan planning, which has been sorely missing in our development strategy.

This is a matter of grave concern as metropolitan regions are the engines of growth and gateways to the national and global economies. In 2016, the 300 largest metropolitan regions in the world (containing a quarter of the global population) contributed nearly 50% of global GDP. In India, metropolitan cities such as Bengaluru, Hyderabad, Chennai, Mumbai and Delhi have acted as engines of growth, but lack of urban planning in general and spatial planning (integrated land use and transport) in particular has left major scars on the city fabric, with significant deterioration in the quality of public services and ease of living.

The term ‘metropolitan area’ is defined unambiguously in the Constitution as an area having a population of over 1 million, consisting of two or more Municipalities or Panchayats or other contiguous areas that may span over multiple districts. The Constitution provides considerable discretion to the state governments in determining the administrative boundaries of metropolitan areas. But metropolitan regions have been delineated by the state governments without paying attention to the need to create a unified market, especially labour market, which would forge strong economic linkages between the core city and the periphery. As a result, metropolitan regions are being created by default and not by design.

To make matters complex, the Census of India does not use the term metropolitan region or metropolitan area. Instead, a continuous urban spread constituting a town or multiple contiguous towns and their adjoining outgrowths is defined as urban agglomeration. There are 53 urban agglomerations in India with a population of 1 million and above. The number is expected to increase to 87 by 2031. Mumbai, Delhi, Kolkata, Bengaluru and Chennai already have population above 10 million, and Hyderabad, Ahmedabad and Surat will join the ‘big league’ by 2035.

The 74th Amendment Act mandated the setting up of Metropolitan Planning Committees (MPC) in all metropolitan areas, which were to prepare Draft Development Plans with due regard for coordinated spatial planning, sharing of resources, development of infrastructure, and environmental conservation. The Committees would comprise of elected members from the municipalities and panchayats constituting the metropolitan area as well as representation from the state and central governments to bring about coordination among the multiple authorities in a metropolitan area. However, MPCs remained a non-starter as states showed little interest in their establishment. There are no examples of any MPC carrying through a Draft Development Plan through a state government approval, financing and implementation.

Development authorities were already in place and they continue to engage in land use planning with little regard for transport planning. A range of institutions such as municipalities, and other parastatals such as State Water and Sewerage Boards continue to coexist in metropolitan regions, often with overlapping functional jurisdictions and little coordination amongst them.

The ad hoc extension of urban boundaries and regularisation of unauthorised colonies brings with it additional challenges for metropolitan governance and financing. The Delhi government has identified close to 1,800 colonies that will be regularised by the end of next month. Its implications for governance and financing will be daunting, unless explicit provisions are made through innovative measures of unlocking land value, as has been done by Bengaluru and Hyderabad.

The Bruhat Bengaluru Mahanagara Palike (Municipal Corporation of Bengaluru) that was formed after subsuming several towns and villages in 2007 is still struggling to regularise the new properties that were brought under its jurisdiction 12 years ago. The government of Karnataka has recently introduced certain levies on new layouts/developments and additional floor area ratio to create a dedicated resource pool to finance the Bengaluru metropolitan railway project. Hyderabad metropolitan area spans over seven districts, including the Greater Hyderabad Municipal Corporation (GHMC) and 1,032 villages spread over 7,257 sq-km. The Hyderabad Metropolitan Development Authority and the GHMC have used innovative measures such as betterment charges at the time of approving layouts for construction of buildings and impact fees from builders for land use conversion to unlock land value, to finance the development of such a large area.

Any rapidly growing economy necessarily experiences structural transformation, and India’s experience has been no different. India has been among the fastest growing economies in the world for more than two decades. This has brought about structural transformation of the economy such that the share of agriculture in GDP has declined to 14% and that of services has increased to 58%.

History amply demonstrates that structural transformation necessarily involves spatial transformation. Economic growth-generating activities collocate in metropolitan city regions to reap external economies of agglomeration and networking. Since there is no regional/metropolitan planning in India and metropolitan governance structures are fragmented, public transport and environmental conservation are the conspicuous casualties. Master planning takes a physical view of the city, disregarding its economic fundamentals. As PK Mohanty puts it, “the land use planner’s vision, the transport planner’s strategy and the urban economist’s perspective are not integrated” (Mohanty 2019, Sage).

Transportation planning plays a major role in ensuring sustainable and balanced regional development through intercity and rural-urban connectivity. In India, integrated land use planning and transport planning is emerging in major highway projects in a number of cities. Opportunities for urban planning with integrated transport and land use on a much larger scale are emerging in the planned highway expansion in the country with the Golden Quadrilateral, freight corridors and other networks. While still at an infant stage, the Regional Rapid Transit System planned for Delhi-NCR under the National Capital Region Transport Corporation (NCRTC) will also immensely improve connectivity between Delhi and far-flung areas such as Meerut, Alwar and Panipat, and spurt economic growth in the region.

Bold measures for connectivity through transit-oriented development will lead not only to decongesting growth centres, but also strengthening labour markets and building rural-urban linkages.

(Ahluwalia is chairperson, ICRIER, Delhi, and former chairperson of the High-Powered Expert Committee on Urban Infrastructure and Services. Khare is a research assistant at ICRIER)