Getting Punjab to reap the fruit of its labour; here is what it needs to do

Punjab is endowed with one of the best possible infrastructure for agriculture in the Indian context. 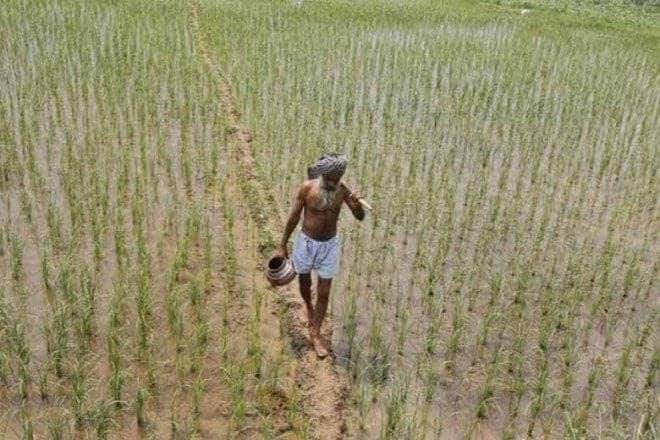 It is interesting to note that Punjab always had highest per capita income among the 21 large states of India till FY03. (PTI)

Punjab has been a star performer in agriculture during the heydays of the Green Revolution. Its agri-SGDP growth rate was 5.7% per annum during FY72 to FY86, more than double of the all-India average, 2.3%. But thereafter, the Green Revolution started greying, and growth rate of Punjab agriculture fell to 3% per annum during FY87 to FY05, almost same as all-India’s 2.9%.  However, during FY06 to FY15, Punjab agri-growth slipped to just 1.6%, less than half of the all-India average of 3.5% (see accompanying graph). During this period, some states like Madhya Pradesh delivered an agri-growth rate as high as 9.7%.

It is not that Punjab has highest value of agri-output per ha, which is slowing down its growth rate, as the state has also fallen way behind in this ranking (see accompanying graph). So, how the state can get back to a 5%-growth path is a matter of serious concern. It is interesting to note that Punjab always had highest per capita income among the 21 large states of India till FY03. Not any more now. It has already slipped to the seventh position, and unless some drastic policy changes take place, it is going to slip further.

Punjab is endowed with one of the best possible infrastructure for agriculture in the Indian context. It has the highest irrigation cover amongst all states of India, with 98.5% of its cropped area irrigated. Almost 80% of irrigation is from groundwater sources, which is supported by highly subsidised power. The provision for power subsidy in the FY18 budget has crossed `7,000 crore, much higher than any other program in agriculture and allied sector. It is this large power subsidy—much of which goes for rice cultivation, as rice needs about 25 rounds of irrigation—that is causing the water table to deplete fast. It receded at the rate of 70 cms per year during 2008 to 2012, and 110 out of 132 blocks have been declared as over-exploited. This is the biggest bane of Punjab agriculture today. As far as other infrastructure go, almost all villages are connected with all-weather pucca roads. The network of regulated mandis is one of the best one in the country. A robust and fast-moving procurement system erected over years has reduced the market risk of wheat- and paddy-growers in the state by procuring almost 90% of market arrivals at minimum support price (MSP). It is this system that has made Punjab farmers risk-averse  and is the biggest bottleneck for diversification away from wheat-rice, which occupy more than 83% of the state’s cropped area. What is it that can be done to Punjab agriculture, which can help raise farmers’ incomes with sustainable agriculture, especially with respect to its groundwater resources? Diversification from common rice to hybrid maize is one option, which can save power subsidy and groundwater, and yet give almost the same income as paddy. But in the absence of any procurement of maize, farmers are reluctant to switch. Our suggestion to the Punjab government is to use the potential savings in power subsidy, with farmers switching from paddy to maize, amounting to roughly `10,000/ha, for covering the risk of maize farmers by promoting feed mills for poultry, silage units for milch cattle, and starch industries using maize.

Hopefully, with the new GST regime and rationalisation of taxes, the food processing industry will be incentivised to buy agricultural raw material from Punjab, in preference over other states. Initially, any losses on account of procurement may be borne by the Centre in the interest of attaining ecological balance in the state.

Reduction in area under paddy in Punjab (except basmati, which delivers much higher price to farmers) has to be matched by vigorous efforts to increase productivity and procurement of rice in eastern states which get much higher rainfall and are more suitable for paddy. Simultaneously, Punjab should promote use of micro-irrigation, especially for sugarcane and fruit and vegetable (F&V) crops.  Another source of diversification of agriculture in Punjab is dairy and meat industry. Punjab has the highest yield of milch animals in the country, and its per capita consumption is also the highest, but it processes just about 10% of its milk production while Gujarat processes about half of its production. Punjab needs to incentivise both private and cooperative dairies to invest in processing of milk and milk products, taking this ratio of 10% to 30% in five years. Further, 67% of milch animals in Punjab are buffaloes, which are also reared by landless labour. With restrictions on transportation of buffaloes for slaughter in UP, which has largest number of Agricultural and Processed Food Products Export Development Authority (APEDA) approved, export-oriented abattoirs, a lucrative export market of meat is waiting to be tapped by Punjab. If the state can eradicate foot and mouth disease, the buffalo meat from Punjab can be sold at premium rates in international markets, ultimately benefitting the dairy farmers.

The next, demand-driven diversification has to be towards F&V. Punjab has less than 3% of cropped area under F&V, which needs to be pushed to, say, 10% over the next five years. However, the government will need to invest in marketing infrastructure for F&V, as it did for grains in creating mandi infrastructure. With protected cultivation and an integrated cold chain, backed by robust food processing industry, Punjab can tap market for fresh and processed produce in Middle East and central Asian countries also. A modern expressway from Khanna to Kandla could be helpful in faster transportation of F&V.

Can it move in that direction with the new government? Only time will show.