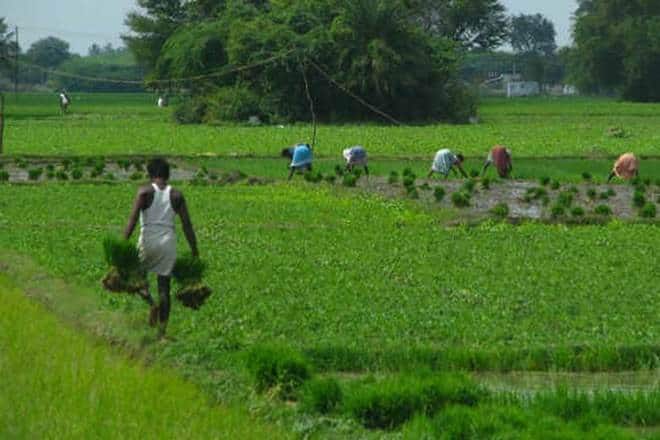 If Modi government can do this, not only will it bring massive efficiency and equity but also sustainability.

In her Budget speech, the Union finance minister (FM) said, “At the centre of everything that we do, we keep “gaon, garib, aur kisan”. If so, here is a small mantra for her to transform lives of the poor and kisan in rural areas: just streamline food and fertiliser subsidies into direct cash transfers to accounts of identified beneficiaries through the JAM trinity platform (Jan Dhan, Aadhaar, and Mobile). If she can do that, she would not only empower the poor and farmers, but also usher in a tectonic shift in policy that can save her at least `50,000 crore per year. This she can invest in agri-R&D and better water management, ensuring food security in the country for the next 25 years and augmenting farmers’ incomes. But can she do this?

But, here, I am more concerned about efficiency, equity and sustainability of this entire gamut of food subsidy under National Food Security Act (NFSA), a remnant of UPA-2. Does she really think that 67% of the population covered under NFSA cannot afford basic food? There is more than 90% subsidy on rice and wheat under Public Distribution System (PDS) as the economic cost of rice hovers around Rs 35/kg and that of wheat at about Rs 25/kg, and they are being sold in PDS at Rs 3/kg and Rs 2/Kg respectively. Interestingly, in rural areas, in majority of states, rice (paddy) is sold at less than the minimum support price (MSP). The landless labourers, and small and marginal farmers, most of whom are covered under PDS, produce these very staples. The government first buys paddy and wheat from rural areas and, after adding almost 50% cost for procurement, stocking and distribution on top of MSP price, sells back most of it to people in rural areas. There can’t be a bigger stupidity than this because the government can achieve its ends in a much more cost effective way if it transfers equivalent amount of food subsidy in the form of cash to beneficiaries’ accounts. With that cash, they will have the freedom to buy anything, be it rice, wheat, coarse cereals, pulses, or even milk and eggs, etc, which would be much more nutritious and also signal the need for diversification in farms, in line with diversified diets.

The government can still keep some strategic stocks, gradually reducing procurement and shrinking the size and operations of FCI, especially from areas where water table is depleting fast, like the northwest of India. Further, the government has to think about whether the coverage under PDS must be 67% of the population or if it can be brought down to, say, 40%, or even 30%. Also, the NFSA allows to raise issue prices. Why does it need to be kept at `3/kg and `2/kg? It leads to massive diversion of PDS supplies to open market. The Shanta Kumar Panel had estimated that leakages in PDS are at 46%. Later on, the Modi government introduced POS machines and weeded out some fake ration cards. But, still, leakages continue, and rough estimates range from 30-40%, as Fair Price Shop (FPS) owners are much smarter than the government. Leakages can be reduced if issue price is linked to, say, 50-75% of MSP. If Modi government can do this, not only will it bring massive efficiency and equity but also sustainability.

Now, look at fertiliser subsidy for which the FM has kept Rs 80,000 crore in the FY20 Budget. The fertiliser industry says that there is massive under-provisioning, with Rs 38,000 crore of government dues to the fertiliser industry already pending; with this under-provisioning, the subsidy dues to the industry will cross Rs 50,000 crore. Which industry can feel upbeat with government dues piling year after year ? The problem is that the government does not have the guts to revise urea price, which is roughly at $80 dollars/tonne, the lowest in the world. The average cost of production of the industry is around $250/tonne, and import parity hovers around $300/tonne, fluctuating depending upon global prices. The government re-started some almost dead plants (Gorakhpur, Ramgundam, etc) that produce urea at more than $400/tonne. There is no economic rationality either in the current pricing of urea or in producing urea at such costs. It leads to large leakages and inefficient use, and pollutes groundwater table and environment. Interestingly, crops do not absorb more than 25% of the urea applied to them in India So, basically, we are subsidising to pollute the environment!

Can the Modi government rationalise these by converting subsidies into direct cash transfers on a per hectare basis? If it does so, our back-of-the-envelope calculations show that the goverment can save about Rs 50,000 crore/year, which can be invested in agri-R&D and water management. That would be the biggest reform in agri-food space to the advantage of farmers, poor consumers, and the country as a whole.

Infosys chair professor for agriculture at ICRIER
Views are personal