India must take a cue from silicon valley’s innovation leadership, and CHina successfully emulating this, if it is to become a $5 trillion economy. Not many know that, in the 1600s, when the Taj Mahal was created, India used to contribute 26% of global GDP. 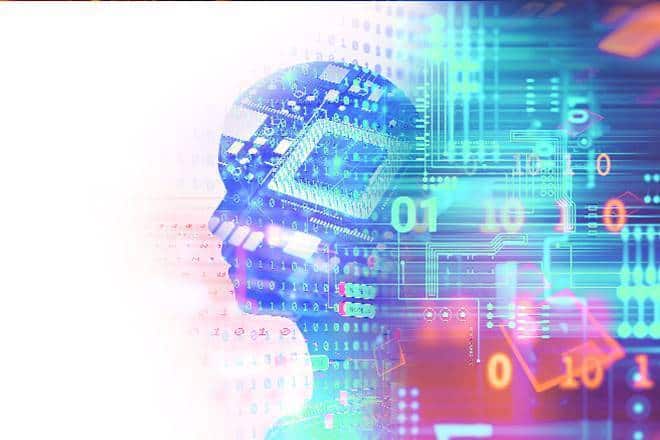 Last month, a friend pointed out that the Silicon Valley now hosts more than 15,000 top-end engineers from IITs. What this means is we are still exporting our top talent (raw material) and buying back innovations (Google, Facebook, Amazon). Such is the power of the innovation engine built over the last 70 years in the Silicon Valley that it is the dominant source of tech innovation for the entire world. China learnt the innovation engine model that the Silicon Valley had pioneered; today, its economy is 5x that of India and has already surpassed that of the US in purchasing power parity. China is poised to get $8 trillion gains out of the massive AI wave that is slated to deliver $16 trillion of new economic value (as per Accenture Research). How did they manage to recreate the Silicon Valley magic?
China did three things right that yielded strong results:

1. Creating a risk-taking capital pool: As of December 2018, the Chinese government claimed it has accumulated $1.8 trillion in state money across thousands of venture capital funds in order to achieve its goal of tech dominance by 2025 (Made in China initiative). Some of the companies that came out of that experiment are Didi Chuxing ($56 billion), SenseTime ($4.5 billion) and ByteDance ($75 billion).

3. ‘Idea to impact’ network creation: China invested close to $5 billion in creating a massive ‘idea to impact network’, where universities, research parks and companies worked in tandem to create next-generation AI tech. The Chinese government hand-picked top researchers in AI, offering them relocation and free housing benefits, besides hefty research grants. Today, Tsinghua University is ranked sixth in the SCImago Institutions Rankings. Chinese deep learning research papers surpassed that of US researchers in 2014, and it is ahead of the US in publishing AI research papers, filing AI patents and in the number of leading AI companies created. It is well on its way to its goal of becoming the sole AI superpower by 2030. This will allow it to dominate not only technologically, but also geopolitically. While its social rating systems and AI-powered surveillance systems are justifiably controversial in a democratic setup, there is no denying that it is leading the AI pack globally.

While the new Indian government is undertaking big investments in infra to unlock jobs in the short run, we need to learn from China and augment it with three major steps to kick-start our innovation engine. These can propel it to not only a $5 trillion economy but also a $10 trillion economy by 2030, by creating long-term value in and for India.

1. Create a large domestic risk capital pool to attract ideas and talent globally: To generate additional $2.5 trillion assuming capital multiplier of 10, India would need $250 billion in high-return tech investments. Today, LIC is a $400 billion giant, and if it allocates 5% of the asset base ($20 billion, or Rs 1,30,000 crore) towards investing in high-end tech like AI, it will be a game changer. We can truly engage with 6 billion people globally with this innovation engine, as AI built for India will work everywhere, given the data diversity in India. In addition, capital flow, rolling out an attractive start-up visa programme will allow us to attract the best and brightest.

(b) Research translation parks that take validated research and convert it into prototypes . Examples include Stanford Research Park (grew the core technology behind SIRI) and MILA (Canada);

(d) Government-owned fund for start-ups: Not many many have heard about In-Q-Tel, an interestingly named evergreen fund (with naming convention from Bond films) funded by the CIA. For every dollar invested by In-Q-Tel, companies receive $9 investment by other investors. While India has taken the welcome step of funding start-ups through two FoF (Fund of Funds), this step would allow funding of companies for vital areas in defence and nationally important technologies like AI. An interesting source of such funds can be the close to $10 billion of offset amount due from foreign companies via defence procurement.

(e) State-owned debt fund for AI and hardware companies and tax incentive: AI and robotics companies that have large hardware components are globally encouraged with low interest rates by state-owned debt funds and access to tax incentive policies. The IT sector grew to be a massive value-creation engine with the STPI model that created tax-free zones. We need a similar value structure for growing these companies in India.

3. Easier norms for listing deep tech companies: The Toronto Stock Exchange allows for listing deep tech companies with just $5 million in revenue or investment. Deep-end tech companies take time to get to revenue, but once they do, they can quickly overtake well-entrenched legacy companies. We are seeing these kinds of AI-first companies in China and the US. SenseTime took just four years to hit $4.5 billion in valuation. Such rapid value creation should be accessible for public markets as well, which will also allow for these companies to tap into a different kind of capital pool for quick growth.

India has a large number of start-ups and the entrepreneurial potential to be a major player globally, but it needs a strong innovation engine to build deep companies of substance. The AI age is going to see really large companies, of the order of $10-trillion-plus valuation. We can be the hub building AI for the whole world if we take the above steps.

Not many know that, in the 1600s, when the Taj Mahal was created, India used to contribute 26% of global GDP. It is possible again to reach there. We need a massive effort and willingness to create the required innovation engine from this forward-thinking government; shortcuts won’t do. If China can do it, why not India? Imagine if we can attract back not only our trained 15,000 IIT graduates but also the best in the world to come here and solve our problems—that would then truly be a New India, the rightful legacy for Modi 2.0. Otherwise, the risk of India becoming a massive ‘data farm’ for the whole world, where we export cheap data and import expensive AI solutions, is very much a possibility.