With the decline in Covid cases, residential sales have started rising again, and along with that commercial real estate has also started showing sings of revival. 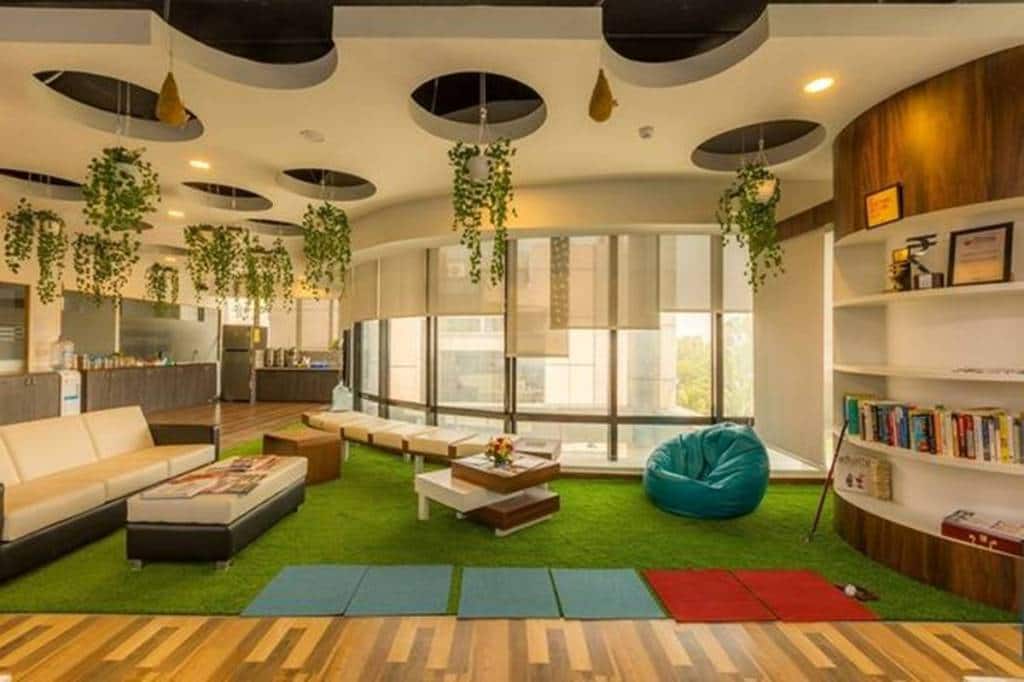 The demand for office or dispersed commercial portfolios will expand on the back of a consolidation trend and expansion of satellite offices following the hub and spoke model.

The second wave of pandemic — like the first wave — hit both the housing and the commercial realty market in recent months. However, its impact was limited as developers were better prepared this time. Thankfully, with the decline in Covid cases, residential sales have started rising again, and along with that commercial real estate has also started showing sings of revival.

Commercial realty, in fact, is seen picking up momentum in the top cities of the country, driven by the IT/ITeS sectors. According to a recent JLL report, India’s net office absorption stood at 4.39 million sq. ft in the Q2, showing 32% YoY growth in major cities. “Given the strict nationwide lockdowns across the country in the second quarter, net absorption dipped by 16% versus the previous quarter. However, the quarter-on-quarter drop was lower than the 61% during the same period last year when the first wave of the pandemic hit, showing the market’s improved resilience,” the report noted.

An Anarock report says that 7,400 office leases of 90 million sq ft is up for renewal in the top 6 cities in 2021. That is because many IT firms are on a hiring spree amid acceleration in their overall business post the pandemic. “This eventually bodes well for overall office space demand in 2022 and 2023, when we may see gradual return of normalcy coupled with the newly added workforce. The IT/ITeS sectors are among the prime drivers of overall leasing activity in the top cities. Bulk hiring by these firms will influence demand for large quality office spaces,” the report states.

Moreover, like the future sentiments of real estate sector stakeholders, the outlook for commercial office market has also been progressive in Q2 2021, for both leasing and rentals, according to the 29th Edition of Knight Frank-FICCI-NAREDCO Real Estate Sentiment Index Q2 2021. After weathering the lockdown-induced lull in the second quarter, offices have started to re-open across cities. Buoyed by the lifting of lockdowns and relaxing of mobility restrictions since June, stakeholders expect a pick-up in office market activity in the coming six months.

“The demand for office or dispersed commercial portfolios will expand on the back of a consolidation trend and expansion of satellite offices following the hub and spoke model,” says Dr Niranjan Hiranandani, National President, NAREDCO and MD, Hiranandani Group.

A majority of developers are currently bullish on the growth prospects of the commercial market.

“In 2021, Delhi-NCR’s leasing market is predicted to grow by 20-25 per cent, with the majority of activity occurring in the second half of the year. Demand is projected to be driven by technology, BFSI, consulting, and manufacturing occupiers. The Delhi-NCR region has an 8.5 million sq ft supply pipeline, with Gurugram likely to finish over half of it and Noida the rest,” says Sachin Gawri, Founder and CEO, Rise Infraventures Ltd.

Increased mall opening hours in several locations, a resurrection of food and beverage demand and increased spending all contributed to the swift recovery that began after the third quarter of 2020. Due to its growth possibilities and guaranteed economic returns, commercial real estate may continue to be the preferred choice of investors.

“From the last one year, especially post Covid 2020 we have witnessed a huge leap in commercial project demand in Noida. And yet again in 2021. Following the initial shocks in April and May, economic activity across sectors began to build up in June 2021, owing to declining infections and modest relaxations in lockdowns, both of which are critical for boosting employment and income stability. The fact that people have begun to look at real estate to stabilise their financial condition is a source of optimism,” says Ajendra Vikram Singh, VP-Sales, Spectrum Metro.

Commercial real estate is proving to be a far more tempting investment option for both individual and institutional investors. Private equity inflows into the commercial market have been increasing. According to a Savills analysis, the first half of 2021 saw roughly 41% of the investment inflows seen in the full year of 2020, indicating that investor confidence is still high.

“The first half of 2021 saw office leasing drag to a six-year low. However, with increase in vaccination coverage and economic activity slowly returning to normalcy, the second half looks promising for both office and retail segment. PEs have shown an avid interest in the office and retail segment, thereby signalling a stability in this asset class going forward. While an immediate reversal in demand going forward is unlikely, the vacancy levels are expected to fall in the coming quarters as physical offices resume and visitors flock to malls. Recent reports have suggested consumers’ intent to increase discretionary spending,” says Siddharth Katyal, Director (Planning & Strategy), Omaxe Ltd.

Even though 2021 may not be immune to pandemic effects, the foundation for a sector-wide recovery has already been laid.

“The recent listings of Indian REITs are projected to boost developers’ ability and desire to create more commercial properties, resulting in increased liquidity inflows into the commercial real estate asset class. Existing lease collections remained largely intact, with no significant difficulty in collecting the billed rentals. The situation after this Unlock is different since offices will continue to operate following immunisation, and they will be more likely to follow COVID protocol to avoid further business interruptions. As a result, we anticipate strong leasing activity in the final six months of the year,” says Uddhav Poddar, MD, Bhumika Group.