How GST will change the cost of taking insurance cover 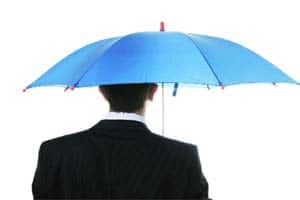 With the Goods & Services Tax (GST) Act being passed in the Lok Sabha and the Rajya Sabha, the next challenge is to understand the implications. Of course, the actual implementation will take place effective April 2017 or later. To understand the implications of GST one needs to first understand what it will encompass. GST will subsume a variety of indirect taxes like excise duty, sales tax, service tax and other state and local taxes into one single GST. This will make the entire process of taxation much simpler. But, it will add some new dimensions which need to be understood.

Raghav Nair, who is an entrepreneur in Kochi, is keen to understand the larger implications of GST for his insurance payments. Raghav, being an entrepreneur, allocates an annual sum of nearly Rs 125,000 towards payment of premiums. In fact, Raghav has ensured that considering the uncertainties of his venture, he has life cover, home insurance, car insurance and a family health policy. With the passage of the GST Bill, he has read that the cost of insurance will go up, although he is not sure how. Here is what Raghav needs to know about the implications of GST on his insurance premium payments.

Impacting cost of insurance through service tax…
The primary impact of GST will be on service tax. Currently, service tax is imposed on services at the rate of 15 per cent (14 per cent basic service tax, 0.50 per cent Swachh Bharat Cess and 0.50 per cent Krishi Kalyan Cess). Under the GST regime, this service tax will be subsumed into the GST. How much you will pay on insurance premiums will eventually depend on what is the rate of GST decided by the GST Council. But the Arvind Subramanian Committee has recommended a GST rate of 18 per cent, with differential pricing for specific products. It is likely, therefore, that insurance premiums will attract GST at 18 per cent rather than service tax at 15 per cent. This will increase the cost of insurance by 300 basis points (3 per cent). The government is currently considering a rate of 22 per cent GST. That will increase the cost of your insurance premium by 700 per cent (7 per cent) and make a substantial difference to Raghav’s overall insurance cost and may increase his annual insurance bill by nearly Rs 9000.

How GST will impact life insurance policies…
Before understanding the implications of GST on insurance, Raghav needs to understand that under the current laws, there are 2 different slabs of service tax on insurance premiums. Currently, term insurance (pure risk) premiums are charged service tax at the existing rate of 15 per cent. With the imposition of GST, assuming that the rate is set at 22 per cent, there will almost be a doubling of your service tax paid on your term insurance premium. Endowment and ULIP premiums are charged service tax at a concessional rate as there is also an investment component in the premiums paid. Hence they are charged service tax at a concessional rate of 3.75 per cent for the first premium and 1.875 per cent for renewal premiums. If the GST rate is set at 22 pre cent, then first year premiums will stand modified to 5.50 per cent and renewal premiums at 2.75 per cent. Remember, ULIP charges are already liable to pay service tax at 15 per cent and that will stand increased to 22 per cent. Lastly, single premium annuity policies currently attract service tax at 1.5 per cent and that will stand modified to 2.2 per cent. Effectively, there will be an increase in life insurance premium costs across the board. There is another area of worry for Raghav. The Model GST Bill does not have any provision for concessional GST in case of ULIPs and endowment policies. That could mean that ULIP and endowment policy holders will also have to pay the peak rate of GST. However, there are representations being made for the same to the government.

How GST will impact non-life insurance premiums…
Non-life insurance covers include health policies, motor insurance, home insurance etc. These are policies where the premium is towards compensation in the event of a risk. Being in the nature of contingent term insurance plans, all non-life policies currently attract service tax at the full rate of 15 per cent. With the shift to GST, this tax on insurance premiums will stand revised upwards by 7 per cent to 22 per cent. For Raghav, the message is clear. In case of health cover stick to family floaters and try to compare across service providers for the lowest premium health cover. The same applies to motor insurance cover also. Here again the costs will go up by 7 per cent and Raghav needs to closely monitor the depreciated insurance value of his car to reduce his premium outgo.

Some legal and procedural issues raised by GST…
There are some open grey areas pertaining to GST on insurance in the post April 2017 period. Where the GST is to be paid is an open area for debate. For example, if the insurance company, agent and the buyer are in different states then the point of confusion is in which state should the GST be booked and paid? Of course, these are minor technical issues that can be sorted out.

In a nutshell, there are 4 key points that Raghav needs to understand with respect to the implications of GST on insurance premium costs:

1. GST rate is likely to be higher than the current rate of service tax and that will increase the cost of insurance premium
2. It is not yet certain whether the GST Act will offer concessional rate of tax on endowment and ULIP premiums. That will determine what becomes relatively attractive
3. Health and motor insurance costs will also go up. Raghav needs to go for smarter policy selection to avoid his insurance costs spiralling
4. The final clarity on rates and legal issues on GST will be known only after the final rate is declared. Broadly, the cost of insurance is likely to go up post GST.

The moral of the story for Raghav is that his cost of insurance will go up from the next financial year. He therefore needs to sit down with his advisor, make a relative comparison of various policies in the market and structure an insurance plan helps him to extract maximum value for the money spent.

The author is Founder and CEO, Right Horizons