Known as ‘India syndrome’, the condition is more of a psychosis that hits people from developed European or other western 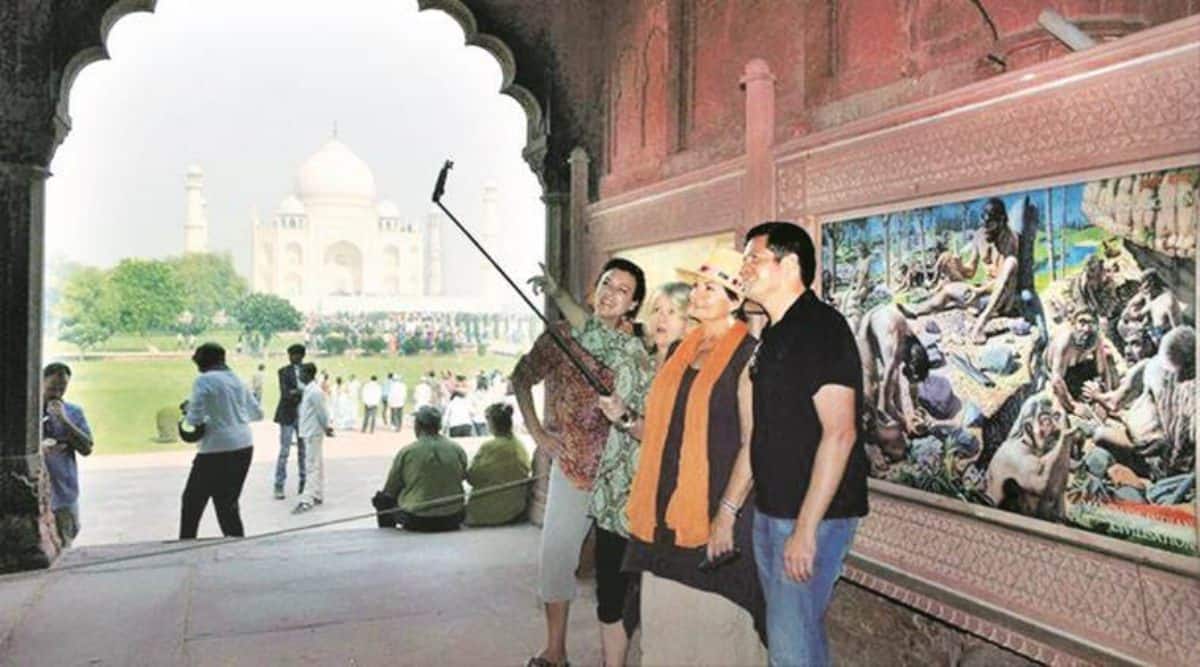 The definition for India syndrome’ comes from Regis Airault, a former staff psychiatrist at French Consulate in Mumbai who visited India in 1985. (IE Image)

Remember when Julia Roberts’ character in ‘Eat Pray Love’ visited India in search of spirituality and was so impressed by the cultural exoticism that she went on to practice Hinduism in real life? Not just Julia Roberts, George Harrison, a Beatles band member, also embraced India mysticism in the 1960s.

The impact of the many-splendored culture of India on the western civilization has been sporadic but illustrious. Sometimes the impact is so powerful that it converts to a psychological condition among certain Westerners on their voyage to a country that is known for preserving its culture and heritage, India. The condition does not appear in the Diagnostic and Statistical manual of mental disorders IV or even in Wikipedia but is being experienced by many westerners who had resided in the country for months and then go back.

Known as ‘India syndrome’, the condition is more of a psychosis that hits people from developed European or other western countries who are looking for an escape to a land of culture that is pure and exotic and where real values are preserved.

How was ‘India syndrome’ came to be known

The definition for India syndrome’ comes from Regis Airault, a former staff psychiatrist at French Consulate in Mumbai who visited India in 1985 and wrote about his experiences with the condition in his book Fous de l’Inde(Crazy About India)

That time French visitors to India would visit the consulate to deposit their passport and return flight ticket to safety. Airault spoke to several travellers in their 20s and 30s and noticed a curious condition among the Frenchmen, especially those who had spent longer time in India. The range of behavioural and psychological changes began to be called aas “India Syndrome”

He examined travellers who were found in manic and psychotic state, had lost their belongings and had become disoriented or confused. Some of them were even exhibiting symptoms of depression and isolation from being in an unfamiliar land or culture.

At its most powerful state, the India syndrome was all-consuming, often leading to overwhelming detachment from familiarity. Such travellers were called by the psychiatrist, “lost forever”.

All his observations over the years were compiled in a book published in 2000, Fous de l’Inde, that asks the significant questions, does India bring such a transformation in travellers or are they determined to be transformed.

According to Airault, India can stir in aesthetic emotions bringing in anxiety in travelers, but it also depends on the person’s personal history , their past traumas and impulse to travel that were buried in their subconscious and are suddenly brought to the surface while visiting India. India somewhat provokes it and makes them overflow.

According to Airault, the symptoms varied from culture shock as the later manifests within days of arriving but the former emerges after weeks or months of living in India. Some of the travellers come with a deep-rooted idea of what India can offer, often exaggerated and misplaced expectations and are determined to realize what they have imagined.

How such distressed nationals are treated

Several embassies and consulates in India have in house psychiatrists to address such tourists. According to Senior psychiatrist, Sunil Mittal at the Cosmos Institute of Mental Health and Behavioural Sciences, on eforeign tourist visits his office in New Delhi every week. Talking to the Guardian, Mittal informed that such patients are categorized into two groups, one who bring with them past trauma relating to family, relationship, jobs and the other kind who are determined for a spiritual revelation in India. They visit holy centers, yoga institutes and even become enamored gurus seeking a break from life back home.

For both Airault and Mittal, treatment in most cases is a ticket back to their home country. But in some severe cases, their experience in India leaves a permanent mark in their behavior even after they return.

At the darker end, some even believe they are possessed by spirits or are god incarnate and push them to dangerous situations in search of spiritual fulfillment.

Various other scientists around the globe also believe that India syndrome is not actually a condition and is almost a ‘racist explanation’ to reduce travel to India.