Unlike the Delta wave, the rise in number of cases has not led to a corresponding increase in hospitalisations and deaths. 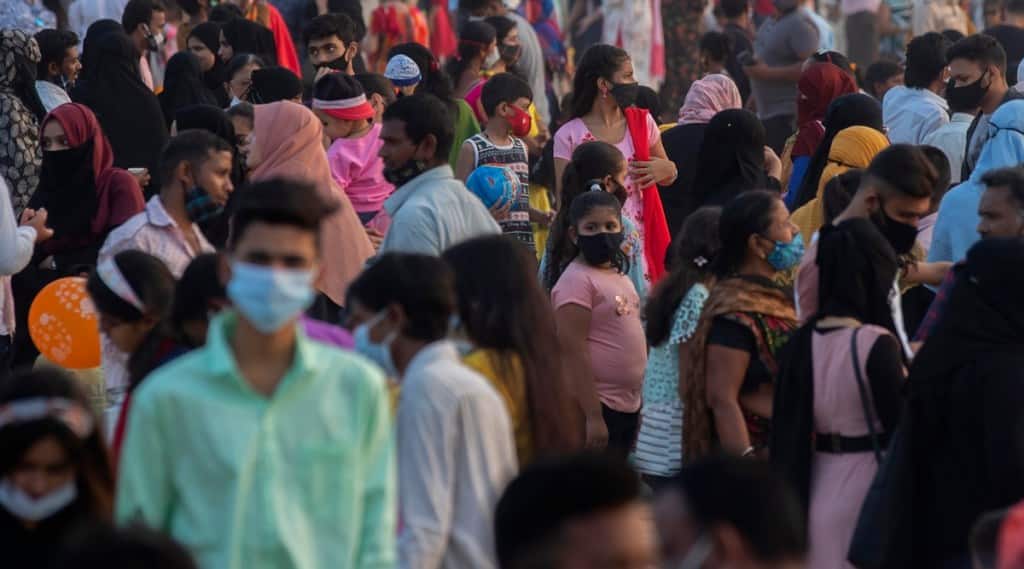 Omicron was first detected in South Africa at the end of November. (Representational image: AP)

COVID-19 Omicron variant: Just when global vaccination drives had begun giving people an edge over the deadly coronavirus pandemic, the Omicron variant of SARS-CoV-2 has led to another global surge in COVID-19 cases. New waves of the pandemic have started to impact countries across the world, including the US, Australia, and many European countries, and India is no exception to this. In fact, experts have stated that the rise in the number of coronavirus cases is already pointing at the beginning of a third wave in the country, which is worrisome especially due to the situation India witnessed in 2021 during the Delta wave. What adds more to the worry is the fact that not much is known about the variant, even as early studies point towards it being much milder than its predecessor Delta.

The variant has caused a significant rise in cases globally, with the US having reported a whopping 5.85 lakh cases on January 5 (7-day rolling average). Globally, the corresponding figure was at 18.95 lakh COVID cases, and both these figures were at record highs, according to a report in IE. Even India has been reporting over 1 lakh new cases daily for the past four days. However, unlike the Delta wave, the rise in number of cases has not led to a corresponding increase in hospitalisations and deaths.

Omicron was first detected in South Africa at the end of November, and since of its 32 spike protein mutations, many cause higher transmission and even evasion of the immune system, it quickly became a variant of concern. The fact that it spread across more than 100 countries in less than a month also did not help.

In South Africa itself, though, while the number of cases increased and the country prepared to deal with the possible burden it would cause on its healthcare system, hospitalisations dropped.

A South African study in JAMA Network found that during the Delta wave of coronavirus, about 68% to 69% of the COVID patients visiting hospitals for an emergency needed to be admitted. This number, however, was at a significantly lower 41.3% in the Omicron wave, the report cited. Moreover, while in the Delta wave, 74% people needed oxygen therapy, this was at 17.6% for Omicron.

Apart from this, a study that analysed a large data set from the UK Health Security Agency was published in the BMJ. This study found that COVID patients infected with Omicron have a 50% to 70% less chance of needing hospitalisation vis-a-vis those infected by Delta.

The data from South Africa and the UK has suggested that Omicron leads to an infection that is 66% to 80% less severe, the report cited lung disease expert and New Delhi-based CSIR-Institute of Genomics and Integrative Biology director Dr Anurag Agrawal as saying. The doctor added that the experience of South Africa has also assured experts that India, which has in the past already seen a high number of infections and also has a very high vaccine coverage, could fare better when it comes to Omicron. He further said, though, that this did not mean that Omicron was entirely harmless since it was still causing people to be admitted in ICUs.

Though India is witnessing a rapid increase in cases, doctors are saying that people are largely witnessing only mild symptoms like sore throat, fatigue, headache, bodyache and moderate fever. Moreover, according to Delhi health minister Satyendar Jain, 81% of the sequenced Omicron samples were at AIIMS Delhi, and here, no patient was found to have developed pneumonia as a result of COVID-19. In fact, no patient here needed oxygen therapy or ventilator support solely as a result of the SARS-CoV-2 infection, the report added. This is a sharp contrast to what the country witnessed in the Delta wave, and it also corroborates with multiple global studies released recently that stated that the Omicron variant did not, at least in early studies, seem to impact the lungs and primarily affects only the nose, throat and windpipe.

However, this is not to mean that the variant is not of concern at all. The high transmissibility means that a large number of people are likely to be infected and while the infection is less severe, it could lead to hospitals being overburdened by patients who are either not immunised now, or are vulnerable due to comorbidities or suppressed immune systems. Delta wave had caused numbers to spike much faster than the first wave and Omicron has been found to be 1.5 times to 2 times more transmissible than the Delta variant, at the least. Not only that but the variant is also more capable of causing breakthrough infections (infecting those who are fully vaccinated) and reinfections.

This means that the country is once again at a place where all COVID precautionary measures are to be adhered to in a more stringent manner and lockdowns, which are increasingly being imposed in many states, are likely to be more commonplace in the coming weeks.