Mumbai-Ahmedabad bullet train: What is the status of Modi’s pet high-speed rail project?

The groundwork for the bullet train project which will ply over Mumbai-Ahmedabad route started in December 2017, however, since then the project has faced many challenges over land acquisition from farmers backed by local political groups in Gujarat as well as in Maharashtra. 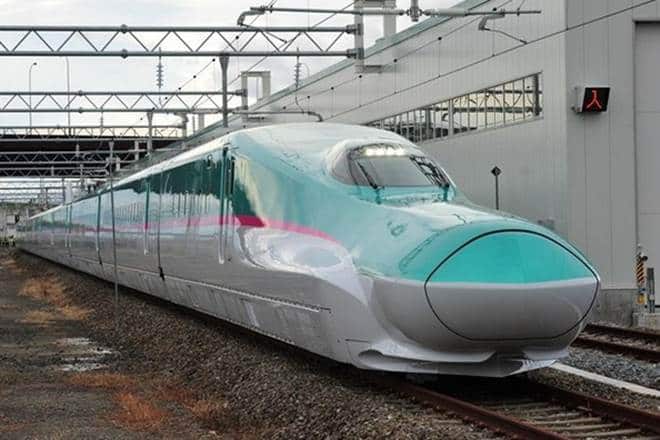 The project is being developed on over 1,400 hectares of land, covering three districts in Maharashtra and eight districts in Gujarat, other than a small area in Dadra & Nagar Haveli.

Mumbai-Ahmedabad Bullet Train Project: All efforts are being made to make sure that India’s first bullet train project meets the August 2022 deadline for completion. The groundwork for the bullet train project which will ply over Mumbai-Ahmedabad route started in December 2017, however, since then the project has faced many challenges over land acquisition from farmers backed by local political groups in Gujarat as well as in Maharashtra. According to National High-Speed Rail Corporation Limited (NHSRCL), the bullet train project, worth Rs 1.08-lakh-crore, so far has not missed milestones set in its timeline. The project is being built with an 80 per cent loan from Japan. The project is being developed on over 1,400 hectares of land, covering three districts in Maharashtra and eight districts in Gujarat, other than a small area in Dadra & Nagar Haveli.

According to an IE report, for the bullet train project, the LIDAR, which is a laser-based aerial survey, was completed early last year. This was followed by a physical survey in order to verify and update LIDAR results, under which 184 villages in Gujarat and 50 villages in Maharashtra were covered. For this, notices were issued to land-owners. Following this, the joint measurement survey has been conducted and so far it is complete in 50 villages in Maharashtra and 30 villages in Gujarat, covering 102 km of the 508 km line. After the survey, a small pillar has also been installed for physical identification for acquisition. According to NHSRCL officials, handing out of compensation will take nearly three months following all due processes. NHSRCL’s deadline to complete the land acquisition process is December this year. However only 0.9 hectares of land has been handed over so far, and this in the Bandra-Kurla Complex.

Interestingly, Gujarat and Maharashtra have different compensation laws. For Maharashtra, NHSRCL is paying four times the circle rate of the land, a 25 per cent bonus, and also an amount of Rs 5 lakh. If anyone loses a house, he or she can choose either money to buy a new house elsewhere at twice the construction cost or a new one built nearby (500 sq feet). The company is offering Rs 3,600 per month for livelihood loss. Rs 5 lakh is being paid to landless agriculture as a provision for one-time and also Rs 25,000 is being provided to employees of shops on land, which is to be acquired. Also, for forest land, the company is paying 50 per cent of land cost to the displaced and the remaining 50 per cent to the state government. Meanwhile, in Gujarat, the state government plans to offer farmers either 4.75 times the existing jantri prices (the state yardstick) or the average rate within a 1.5-km radius, whichever is higher. Also, the company is paying a 25 per cent bonus, and the same livelihood-loss-related sops as offered in Maharashtra.

According to the report, protestors are expressing their anger as they are unable to get clear answers from officials on the impact of the project on resources, restrictions on activities, vibrations from the train etc. Also, some farmers are demanding alternative land as they are of the view that the division of land will leave their farmland useless.

For the implementation of the project, the high-speed alignment needs to be as free of curves as possible. Any speed above 300 km per hour requires a straight alignment. The report stated that, while farmers are demanding right of way, NHSRCL officials were stated saying that as per Right to Fair Compensation and Transparency in Land Acquisition, Rehabilitation and Resettlement Act of 2013, the linear project is allowed to acquire land even without consent of certain parties and if need arises compensation shall be paid. However, according to the officials, NHSRCL is not looking to invoke such provisions.

In order to take quick decisions, a three-member committee has been appointed by NHSRCL, for agreeing to any demand made by villagers that can be carried out with up to a certain amount of money. Additionally, NHSRCL claimed that it has taken note of various demands for amenities such as healthcare, drinking, education, sanitation, and livelihood, the report stated.

Meanwhile, NHSRCL is carrying out the technical assessment of the offer from the Godrej group, with the conglomerate moving the Bombay High Court against the proposed land acquisition of a 3.5-hectare plot for the project and offering a piece of land adjacent to the plot reserved for acquisition.