Prime Minister Narendra Modi-led Cabinet has approved a 78-day bonus for Indian Railways employees. This was proposed by the Railway Board as productivity-linked bonus (PLB) for its employees for the year 2017-18 after detailed discussions with railway unions. 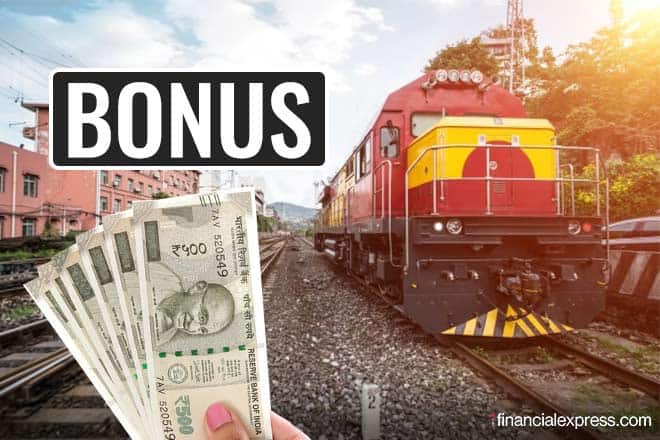 Dussehra bonanza for Indian Railways employees! Prime Minister Narendra Modi-led Cabinet has approved a 78-day bonus for Indian Railways non-gazetted employees. This was proposed by the Railway Board as productivity-linked bonus (PLB) for its employees for the year 2017-18 after detailed discussions with railway unions. The proposal, which was awaiting Cabinet nod, today got the approval from the Modi government. The bonus for railway employees also assumes significance as five states are entering the electioneering phase while the general elections also round the corner.

Each year, the PLB is paid to around 12.26 lakh railway employees before Dusshera/Puja festivals. However, it does include the Railway Protection Special Force (RPSF) and Railway Protection Force (RPF) personnel. National Federation of Indian Railwaymen General Secretary M. Raghavaiah was recently quoted saying that, as the national transporter has earned Rs 16,000 crore more than the earnings of the previous year and transported a record 1,161 million tonnes of freight this time, they were planning to demand an 80-day bonus but agreed on 78 days. The bonus amount works out to be around Rs 18,000 per employee of Indian Railways. Interestingly, it is the seventh year in a row that 78-days’ wages are being provided as PLB to railway staff.

According to a Railway Ministry, the financial implication of 78-day bonus to eligible non-gazetted employees of Indian Railways for the year 2017-18 is estimated at over an amount of Rs 2044.31 crore. The ministry further stated that the wage calculation ceiling prescribed for payment of bonus is Rs 7,000 per month and the maximum amount payable per eligible employee of the national transporter for 78 days is Rs 17,951.

Indian Railways was the first departmental undertaking of the Indian Government wherein the concept of PLB was introduced in the year 1979-80. It is expected that like every year, this year too PLB would serve as an incentive as well as result in motivating a large number of employees of Indian Railways, which is one of the largest employers of the world.