OEUs concentrate oxygen from the air by selectively removing nitrogen to supply oxygen-enriched air. The concentrated oxygen is then delivered to the patient with breathing-related problems through an oxygen mask or nasal cannula. 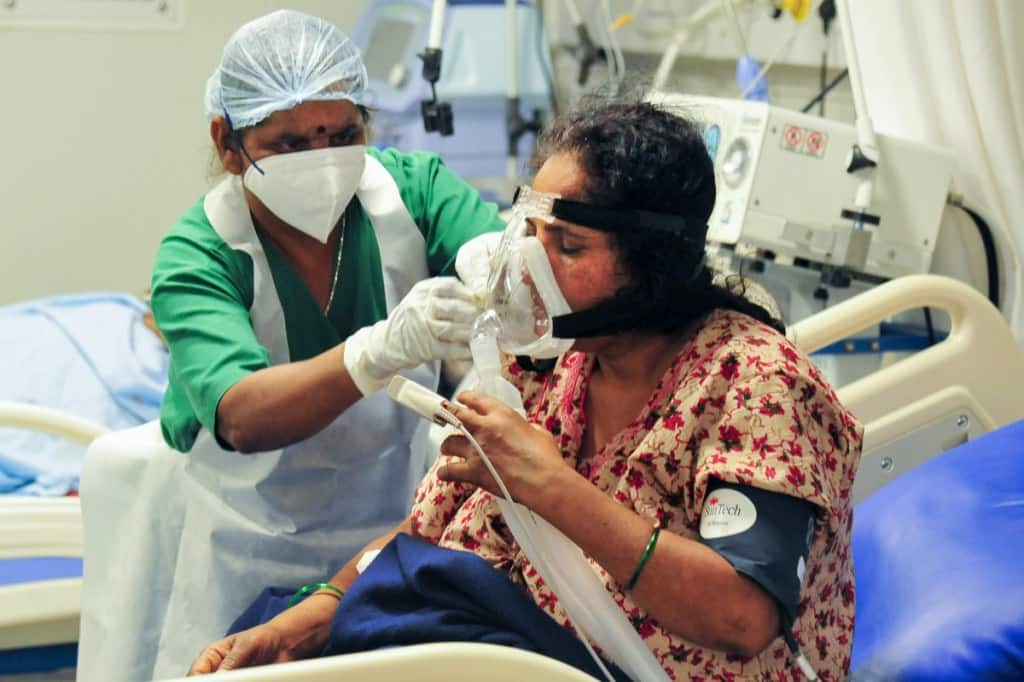 According to CMERI, 5-20 liters per minute (LPM) oxygen on average is required by an individual. OEUs are capable of delivering oxygen in the range of up to 15 LPM with over 90 per cent purity. (PTI photo)

Central Mechanical Engineering Research Institute (CMERI), which has developed an Oxygen Enrichment unit (OEU) – a decentralised oxygen generation solution to help Covid patients seeking medical oxygen – has transferred its technology to three more MSMEs to ramp up production of such OEUs. Gurugram-based Conquerent Control Systems and Kolkata-based A B Elasto Products and Automation Engineers have received the OEU technology from CMERI – India’s apex research and development institute for mechanical engineering under the Council of Scientific and Industrial Research (CSIR). According to the institute, OEUs concentrate oxygen from the air by selectively removing nitrogen to supply oxygen-enriched air. The concentrated oxygen is then delivered to the patient with breathing-related problems through an oxygen mask or nasal cannula.

“The motto of the institute is to share the technology to the entrepreneurs who have the manufacturing capabilities and capacity to source the required raw materials of the product so that the mass production of the OEU may be started at the earliest for its reach to the common people,” Prof. Harish Hirani, Director, CSIR-CMERI said in a statement by the Ministry of Science and Technology. The institute had recently delivered the technology to nine other MSMEs as well to manufacture OEUs.

According to the institute, 5-20 liters per minute (LPM) oxygen on average is required by an individual. The unit developed by CMERI is capable of delivering medical oxygen in the range of up to 15 LPM with over 90 per cent purity and if required, up to 70 LPM at a purity of around 30 per cent. “The technology developed by CSIR-CMERI provides in-house enrichment of Oxygen and offers independence from external parties as well as eliminates the risks and difficulty of handling bulky cylinders. CSIR-CMERI developed OEU can help patients to recover faster,” Prof. Hirani had said last month, according to a statement by the ministry. The transfer is also expected to boost skill development and employability of a “large number of beneficiaries.”

Also read: Staying ahead of digital curve: How MSMEs can be at forefront of new age tech adoption, fend off roadblocks

“They have planned for providing the product to the hospitals, clinics, schools & colleges, factories for workers and the societies of the real estates for maximizing the benefits of the technology. They were also concerned over the influx of spurious products from abroad lacking the trust of the people, but were very hopeful that with CSIR-CMERI’s technology and their brand value an indigenous and candid product would be available to the masses,” the ministry said citing Dev P. Goel, MD and Bharat Goel, CEO, Conquerent Control Systems.

A B Elasto Products, which is involved in the rubber-based auto engineering products like air brakes, hose etc., “has excellent infrastructural facility and distribution system to start manufacturing the OEUs.” Sushim Mukul Bhol, Director, AB Elasto Products said that within a month’s time he would make the prototype and would initially start with 10 numbers of OEUs per day which would be scaled up as per the requirement. India had recorded a decline in daily cases and reported 3,741 deaths in 24 hours, as per the updated data from the health ministry on Sunday. Total covid cases have increased to 2,65,30,132 while recoveries stood at 2,34,25,467.