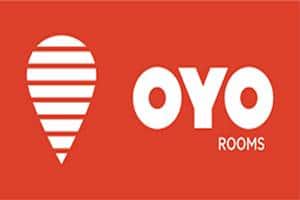 The board of Oravel Stays Pvt, which owns OYO, had approved on July 22 allotment of 10,460 series C1 compulsorily convertible cumulative preference shares to SoftBank Group Capital amounting to Rs 413.05 crore, according to the document filed by the company with the Registrar of Companies. (Source: IE)

Softbank Group funded budget hotel aggregator OYO Rooms, owned by Oravel Stays, has reported a net loss of R351 crore for the April-December period of FY16 as compared to a loss of R20.79 crore for the whole of FY15, which is an increase of seventeen times.

With this, the accumulated loss of the company went up to R373 crore, according to a filing made by the company with the Registrar of Companies (RoC).

During this nine month period of FY16, the company reported a revenue of R13.93 crore, a growth of 5.8 times over R2.4 crore reported for the financial year ended March 2015. “The Management based on the future business plans of the company, expects to expand and generate positive cash flows,” the company’s auditors S R Batliboi & Associates LLP said in a report.

An e-mail sent to OYO Rooms on this development did not elicit any response.

The New Delhi-based OYO Rooms has so far raised R790 crore from various investors including Softbank, Greenoak Capital, Sequoia Capital and Lightspeed Venture Partners among others.

The company has raised R413 crore in a latest round of funding led by UK-based Softbank Group Capital Limited. The company, on July 22, allotted 10,460 compulsorily convertible cumulative preference shares with a face value of R100 per share at a premium of R3.94 lakh to Softbank.

The investment by Softbank Group is the first in an Indian start-up following the exit of Nikesh Arora, who quit the company with effect from June 21 as chief operating officer.

Founded by Ritesh Agarwal in 2012, OYO Rooms connects the customers with the network of budget hotels/guest houses. It competes with players like Treebo, ZO Rooms, MakeMyTrip and Stayzilla.

Currently, OYO has over 6,500 hotels in its network with a total inventory in excess of 70,000 rooms in about 200 cities in the country.

The company has achieved 15x year-on-year growth with 2.3 million booked room-night transactions during the quarter ended March 2016, while its mobile app has garnered more than 4 million downloads.

OYO’s mobile channel contributes to over 50% of transactions and same-day bookings contribute to over 30% of total transactions, the company said.

Delhi, Bengaluru, Hyderabad, Mumbai and Chennai are top five cities with the largest share of app bookings. Among the non-metros, Jaipur and Chandigarh are driving app bookings for the company.

In the highly under penetrated hotel segment in India, only 25% of the bookings are done online while over 59% is still done through offline channels, global research agency Millward Brown said in a report.

Earlier in May this year, OYO Rooms’ competitor in the budget hotels segment, Stayzilla raised $13 million in a Series C round from existing investors Matrix Partners and Nexus Venture Partners.

Stayzilla, however, is focusing extensively on home stays and alternative accommodation segment and has moved away from hotels, according to its co-founder Yogendra Vasupal.

Globally, according to a Tracxn report, hotel booking platforms have attracted $2.7 billion worth of investments between 2010 and 2015. In total, 102 investments have been in the sector.