Power demand up: Coal stocks at mines at a 5-year low

Imports, reined in after FY15 surge, rising again though a big price differential prevents it from skyrocketing. 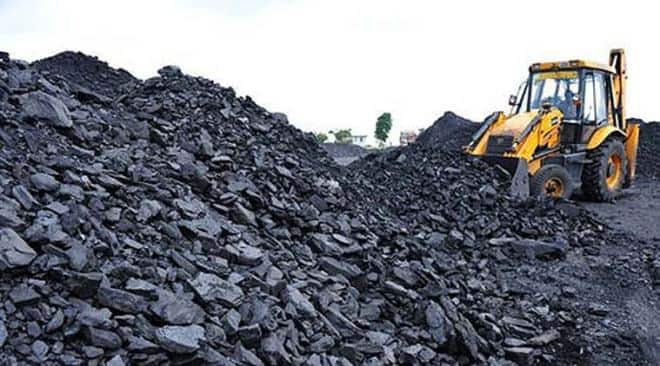 CIL officials attribute the fall in pithead stocks to higher availability of railway rakes to ferry the fuel, which has boosted deliveries. (Reuters)

Stocks at Coal India mines plunged to a five-year low of 21 million tonne (mt) in October, as a sudden surge in demand for the fuel from the power sector has fast-tracked the dispatches over the last few weeks. If the low coal stocks at pitheads continues, the supplies could be disrupted, leading to power plant outages (low plant availability, in technical terms).

The looming difficulty has accelerated coal imports in recent months (see chart) but a wide price differential between the domestic and imported coal is still putting a lid on imports.

For comparable thermal grades, the imported coal is at least a third costlier than the locally available fuel, and in some cases, the landed cost of imported varieties are 1.5 times that of local coal.

Since power demand in the first half of this financial year was nearly 8% higher than in the year-ago period, and in October alone, the growth was as high as 11% (growth in recent years used to be sub-5%), any inability of the domestic sector to satiate the coal demand could in the coming months inflate imports and put an added burden on the country’s merchandise-trade and overall current account deficits.

Though the annual (FY19) production target of 610 mt for Coal India set by the government seems a tall order (during April-October, the miner produced 306 mt coal; the October production of 50 mt reflected an acceleration), its production is growing at a respectable rate of 10% annually. Including other producers like SCCIL, various state government entities and captive production, the country’s total output in the first seven months of the current financial year was 377 mt, again a 10% year-on-year growth.

India’s overall coal imports had grown at the fastest annual rate of 29% in FY15, raising concerns about coal becoming another major macro-economic concerns like oil whose large-scale imports are heavy burden on the current account. Coal imports had since slowed — the growth was only 6.7% in FY18 when the imports stood at 141 mt, lower than 145 mt in FY15. (Of course, in terms of value, the imports were Rs 1,38,477 crore in FY18 compared with Rs 1,04,507 crore in FY15).

The current situation of low stocks at pitheads coincides with the low-coal scenario at the power plants, with cumulative stocks of the fuel at the generating stations standing critically at 10.3 mt as on November 5. This is sufficient to run the plants for only six days on an average. Coal India had dispatched 231 mt to the power sector in H1FY19, up about 10% year-on-year.

CIL officials attribute the fall in pithead stocks to higher availability of railway rakes to ferry the fuel, which has boosted deliveries. In the first six months of FY19, CIL loaded 202 rakes at an average for the power sector, registering a growth of 9.6%. The operationalisation of the Tori-Balumath and the Jharsugda-Sardega railway lines — critical for coal transportation — have also contributed to the lowering stocks, the CIL officials say.

Historically, coal stocks at the CIL mines deplete in the April-September period due to monsoons flooding a number of mines and excessive heat-halting excavation activities in some of the mines in the Mahanadi Coalfield areas in Odisha. However, the current fall in stocks is much steeper (at the end of March 2018, the stocks were 55 mt and a year ago, these stood at 76 mt). Clearly, fuel offtake has been more than production levels in the recent months. Experts say the trend of power demand coming down in the winter months might be bucked this fiscal with a number of states like Chhattisgarh, Rajasthan and Madhya Pradesh heading for elections in November-December.

CIL officials said that it would ramp up production to 18-20 lakh tonnes a day from the 16 lakh tonnes/day registered in October, as it aspires to achieve its own FY19 production target of 652 mt.

As FE recently reported, more than 10,500 megawatts (mw) of power generating units were remaining shut across the country citing “coal shortage” in mid-October. Out of this, 2,700 mw and 4,210 mw capacities went under outage in September and October, respectively.

Research agency CARE Ratings has said that improved capacity utilisation in power, cement and steel industries, coupled with inadequate rail-connectivity and rake availability to ferry the fuel might raise coal imports by as much as 17% annually in FY19. The development comes at a time when global steam coal prices have been on a steady rise amid the falling value of the rupee. The average global coal price was about $116.8 per tonne in August. Earlier this month, commodity tracker mjunction said that coal imports in the first six months of FY19 increased by nearly 14% to 119.42 mt.