Voting in bypolls to one Lok Sabha, seven assembly seats on Monday

As many as seven candidates are in the fray, though it is largely a direct contest between the ruling Congress and the BJP. 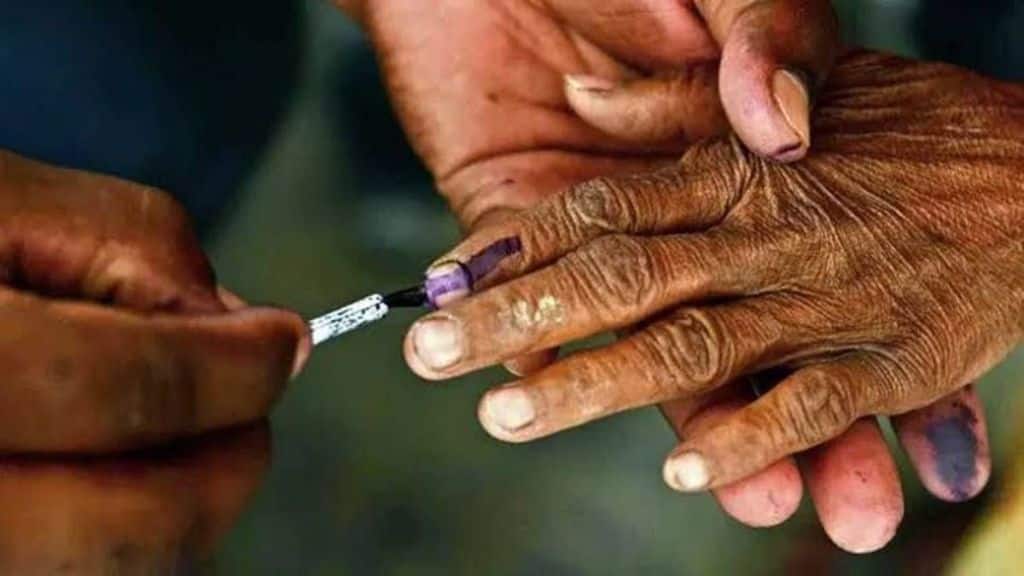 National Voters Day was observed for the first time in the country in 2011.

Voting will be held on Monday in bypolls to six assembly seats in five states and the Mainpuri Lok Sabha seat in Uttar Pradesh, where the Samajwadi Party is locked in a high-voltage contest with the BJP.Rampur Sadar and Khatauli in Uttar Pradesh, Padampur in Odisha, Sardarshahar in Rajasthan, Kurhani in Bihar and Bhanupratappur in Chhattisgarh are the assembly seats where the bypolls will be held.Election authorities have made elaborate arrangements for the by-elections.

The counting of votes for the single parliamentary and six assembly seats will be held on December 8, coinciding with the ballot count for Gujarat and Himachal Pradesh assembly elections.In Uttar Pradesh, a direct contest between the BJP and the Samajwadi Party-Rashtriya Lok Dal (RLD) alliance is on the cards in bypolls to the Rampur Sadar and Khatauli assembly seats and the Mainpuri Lok Sabha constituency.The BSP and the Congress are not contesting from the seats.According to a statement issued by the office of Uttar Pradesh’s Chief Electoral Officer, 24.43 lakh people will exercise their voting rights in the bypolls.This includes 13.14 lakh male voters, 11.29 lakh female voters and 132 third category voters, it said.Voting will take place from 7 am to 6 pm at 3,062 polling booths located in 1,945 polling centres.

While the bypoll to the Mainpuri parliamentary seat is taking place due to the death of Samajwadi Party (SP) founder Mulayam Singh Yadav, in Rampur Sadar and Khatauli, the polls were necessitated after SP MLA Azam Khan and BJP MLA Vikram Singh Saini were disqualified following their conviction in separate cases.While Khan was disqualified after a court awarded him three-year imprisonment in a 2019 hate speech case, Saini lost his membership of the assembly after his conviction in a 2013 Muzaffarnagar riots case.The outcomes of the bypolls will not have any impact on the central or the state governments as the BJP enjoys a comfortable majority at both levels.

However, wins would provide a psychological advantage ahead of the 2024 general elections.Mulayam Singh Yadav’s elder daughter-in-law Dimple Yadav is the SP candidate in Mainpuri while the BJP has fielded Raghuraj Singh Shakya, a former confidant of Mulayam’s brother Shivpal Singh Yadav. Dimple Yadav is the wife of SP president Akhilesh Yadav.While Chief Minister Yogi Adityanath is hoping to demolish the key Samajwadi Party (SP) citadels after wresting Azamgarh and Rampur Lok Sabha seats in June bypolls, the SP is keen to turn the tide with the public show of unity by Shivpal and Akhilesh, who declared that they have bridged their differences.The Sardarshahar seat in Rajasthan was held by Congress MLA Bhanwar Lal Sharma (77) who passed away on October 9 after a prolonged illness. The Congress has fielded the late Sharma’s son Anil Kumar while former MLA Ashok Kumar is the BJP candidate.Eight other candidates are in the fray.The by-election to the Padampur seat in Odisha was necessitated by the death of BJD legislator Bijay Ranjan Singh Bariha.Officials said elaborate security arrangements have been made for free and fair voting. As many as 10 candidates are in the fray for the by-election.

The bypoll assumes significance in the wake of the BJD’s loss in Dhamnagar, its first such defeat since 2009, with many in political circles claiming that the result would also indicate if electoral scales were tilting against the Naveen Patnaik-led party ahead of 2024 state elections.The BJD has nominated from the seat the deceased MLA’s daughter, Barsha, who is set to take on BJP’s Pradip Purohit, a former MLA, and Congress candidate and three-time legislator Satya Bhusan Sahu, among others.The bypoll to Bhanupratappur seat, reserved for Scheduled Tribes, in the Maoist-hit Kanker was necessitated due to the death of Congress MLA and deputy speaker of the Assembly Manoj Singh Mandavi last month.

As many as seven candidates are in the fray, though it is largely a direct contest between the ruling Congress and the BJP. The Congress has fielded Savitri Mandavi, the wife of the deceased MLA, while the BJP nominee is former MLA Brahmanand Netam.Sarva Adivasi Samaj, an umbrella body of tribal communities in Bastar, has also fielded former Indian Police Service Officer Akbar Ram Korram, who is contesting as an Independent. Korram retired as Deputy Inspector General (DIG) of Police in 2020.In the Kurhani assembly segment in Bihar, the success of JD(U) candidate Manoj Singh Kushwaha, a former MLA, will cement Chief Minister Nitish Kumar’s position, while a loss may embolden his detractors.The JD(U) is contesting the seat where the by-election has been necessitated by the disqualification of RJD MLA Anil Kumar Sahani.