Statue of Unity: All you need to know about 182-metre statue of Sardar Vallabhbhai Patel before world witnesses the engineering marvel

Statue of Unity: The statue will be a tribute to Patel, who was the first Home minister of Independent India, and is hailed as the ‘Iron Man’ for his contribution to the unity and integrity of India. 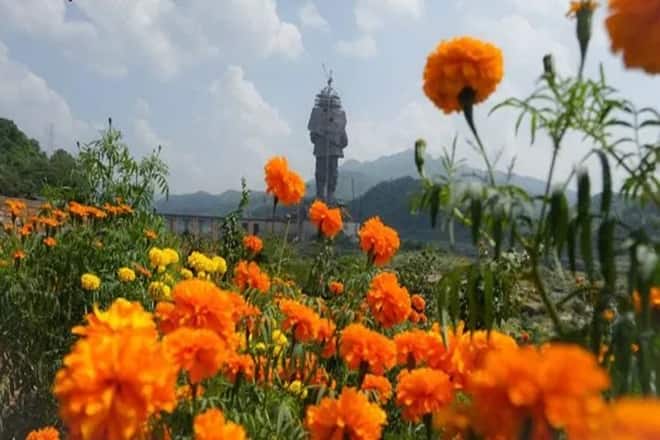 The Statue of Unity will also be turned into a tourist spot with Gujarat Chief Minister promising world class facilities, a tribal museum as well as garden and boating facilities at the area.

Statue of Unity: On October 31, between Dussehra and Diwali, India will become a proud record holder when Prime Minister Narendra Modi inaugurates the Statue of Unity- a 182-metre statue of Sardar Vallabhbhai Patel. Once unveiled on the birth anniversary of Sardar Patel, the statue would be the world’s tallest one. The statue is being built near the Sardar Sarovar Dam in the tribal-dominated Narmada district, close to 200 kilometres from Ahmedabad.

The statue will be a tribute to Patel, who was the first Home minister of Independent India, and is hailed as the ‘Iron Man’ for his contribution to the unity and integrity of the country. The statue will also be turned into a tourist spot with Gujarat Chief Minister promising world class facilities, a tribal museum as well as garden and boating facilities at the area.

Statue of Unity: Narendra Modi’s dream project faced tough challenges; here’s how they were seen off

Brief timeline- The project was first announced in 2010 when PM Modi was the Gujarat CM. Subsequently, the state government set up a special purpose vehicle for the construction of the statue. Modi, as the then CM, had laid the foundation stone in October 2013 and engineering firm L&T was awarded the contract.

The construction of the base began and Sadhu Bet hillock was reduced to size. Geo-technical and hydrological surveys were completed in April 2015. Subsequently wind tunnel tests, detailed light, shadow study were conducted with an aim to determine the orientation, The Indian Express reported.

Startling facts- The 182-metre tall statue is being built with 25,000 tonnes of iron and 90,000 tonnes of cement, Gujarat CM Rupani was quoted as saying by PTI. The statue is visible from a 7-km radius. The 182 metre height was decided to match the number of assembly constituencies in the state. The height of ‘Statue of Unity’ will be more than double the Statue of Liberty, which stands tall at 93-metre off the coast of New York City and four times that of Christ the Redeemer in Rio de Janeiro, as per IE report.

Challenges: The statue, once finished, will be an epitome of architectural and engineering masterpiece. The monumental project was a staggering Rs 2,989 crore project. The project involves walkway, the four-lane approach highway, and the Shrestha Bharat Bhavan which is a three-star lodging facility with 52 rooms. AN L&T official said, “The construction has been done in four stages, including a mock-up, 3D scanning technique as well as a computer numerical control production technique for accurate reproduction of minute details.”

The specifications of the statue like showing Patel’s legs clad in a dhoti and his feet in sandals forced the statue to be thinner at the base than the top. Other tall statues have a wider base for stability, the report says. The wind factor, the location and the possibility of earthquakes posed major challenges for the engineers and designers. The terrain of the area, where the statue is located, posed another difficulty.

The Gujarat CM had said that his government was working towards ensuring that the statue is completed by October 31.

Chinese brains, hands: An interesting fact to note about the construction of this engineering marvel is that among the thousands of workers, 200 are from China. These 200 workers have been working in batches for two-three months each since September 2017. The L&T has recommended that Chinese foundry Jiangxi Tongqing Metal Handicrafts Co. Ltd (or the TQ Art foundry) be chosen to mould the cladding, that essentially makes up the bronze statue, as per the report.

“There are a few well-known foundries in India but none has the expertise to cast a bronze statue as tall as this. They are mostly foundries sculpting statues of up to 100-150 feet. This particular Chinese foundry is known for its bronze casts and has several intricate statues to its credit,” an official was quoted as saying by IE.

The Jiangxi-based unit is spread over 50,000 sq feet and employs close to 1,000 skilled workmen. It was also involved in the what was then the world’s tallest bronze statue. The 62-metre statue has since been installed in China. “The speed with which they were willing to complete the casting was also a factor,” says a retired official. “The project always had an October 2018 deadline, given the 2019 general elections, and the project could not be delayed by bringing in foundries that were not equipped to handle this kind of project,” an official added.