The share of the manufacturing sector in the country’s gross domestic product (WTO) has remained stagnant at about 15% for three decades. 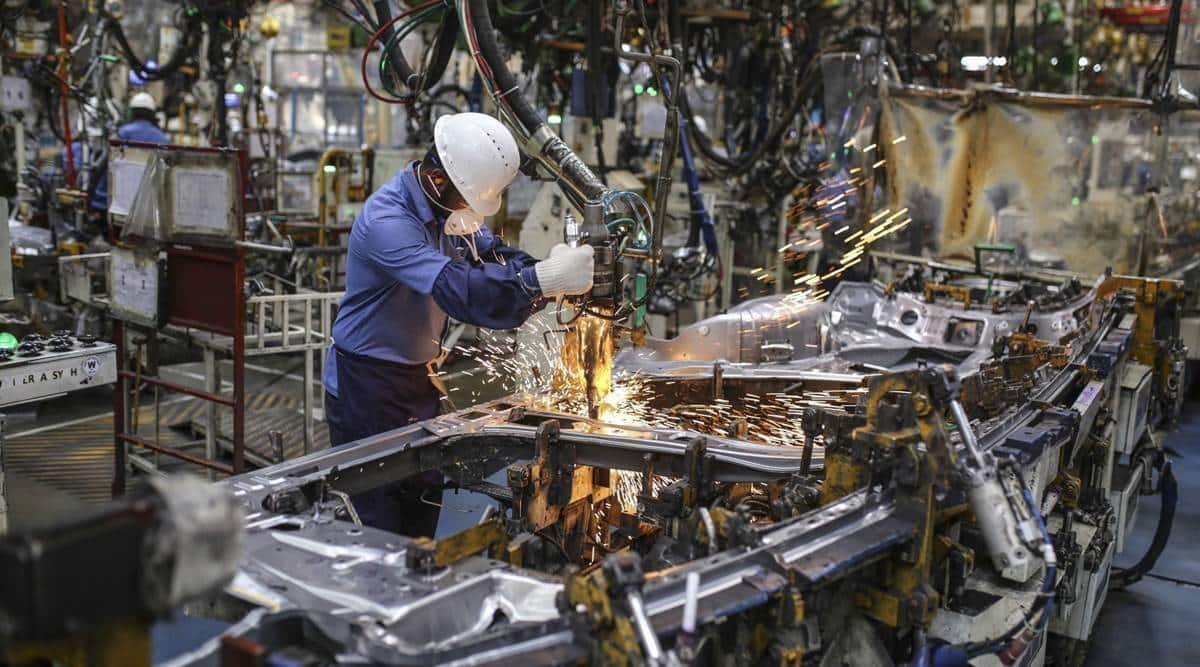 India last month clinched an FTA with the UAE and is in talks for such pacts with Australia, the UK, the EU, Canada, the GCC nations and Israel.

As India negotiates with other countries to hammer out a raft of free trade agreements (FTAs), analysts say New Delhi’s policies shouldn’t be driven by dogmas of any particular sector, but its focus must be on a judicious mix of interventions for both manufacturing and services.

Of course, some others feel that services exports need to be prompted more vigorously.

The debate on whether services should get precedence over manufacturing in the formulation of export strategy was reignited as, in a recent interview to a media outlet, former RBI governor Raghuram Rajan felt exports of information technology-enabled services, along with professional services such as legal, medicine, accounting, should be the focal point of India’s trade strategy and not manufacturing.

Nevertheless, the economists that FE spoke to said manufacturing needs “greater hand-holding” at the moment, as the country has some inherent strength in services. They were also unanimous in their clamour for removing structural bottlenecks — including a sharp cut in logistics costs — and negotiating for greater access to advanced markets to spur manufacturing. At the same time, they conceded that policymakers must come out with facilitative frameworks to widen the services export portfolio, the bulk of which is still driven by just IT and ITeS.

The share of the manufacturing sector in the country’s gross domestic product (WTO) has remained stagnant at about 15% for three decades now despite successive government’s declared policy intent to raise it to about 25%. Meanwhile, the services sector has continued to grow and captured the share ceded mainly by agriculture and now accounts for about 60% of the economy. India last month clinched an FTA with the UAE and is in talks for such pacts with Australia, the UK, the EU, Canada, the GCC nations and Israel.

Pronab Sen, eminent economist and former chairman of the National Statistical Commission, said India’s services sector has grown despite limited support from the government. So, it just needs to “keep that window open” and facilitate further growth without resorting to obstructive policy interventions. “At the same time, greater focus must be on manufacturing, as it has very strong backward linkages with immense employment potential. For one direct job in manufacturing, 3-4 employment opportunities are created indirectly due to backward linkages. Moreover, the issue with services is that while India wants greater access in Mode 4 (free movement of skilled professionals across the borders) in its trade negotiations, other countries are not willing to give it, saying it will clash with their immigration laws. Also, if the government has announced so many production-linked incentive schemes, it must create opportunities for companies to export the products as well.”

Biswajit Dhar, professor at the Centre for Economic Studies and Planning of JNU, said: “India’s trade negotiations must include a mix of both goods and services and must vary, depending on the partners. Services exports have been driven by IT and ITeS services over the years. While India has to further consolidate its position in these services, it has to scale up exports in other areas, including in education and health.”

Noted trade economist Nagesh Kumar said India already has certain strength in services, given the availability of skilled workforce at affordable cost. But in manufacturing, it lags potential in a big way and needs more policy interventions. “If India can get barriers in access to critical markets in manufacturing exports removed through trade agreements, it will certainly help. For instance, in textiles and garments, Bangladesh is doing pretty well because of its duty-free access to large markets like the EU and the US, given its status as a least developed country.”

Prahalathan Iyer, chief general manager (research & analysis) at Exim Bank, said services exports are growing faster than those of manufactured products and have great potential. “Thus, it would be appropriate to put both services and merchandise exports together on the negotiating table. With regard to the forthcoming negotiations, particularly with the developed countries like the EU, the US, Australia etc, we need to have a comprehensive approach that should also include investments, so that India could become a manufacturing hub for the world,” Iyer said.