LCA could be a good option for Argentine Air Force, says a source 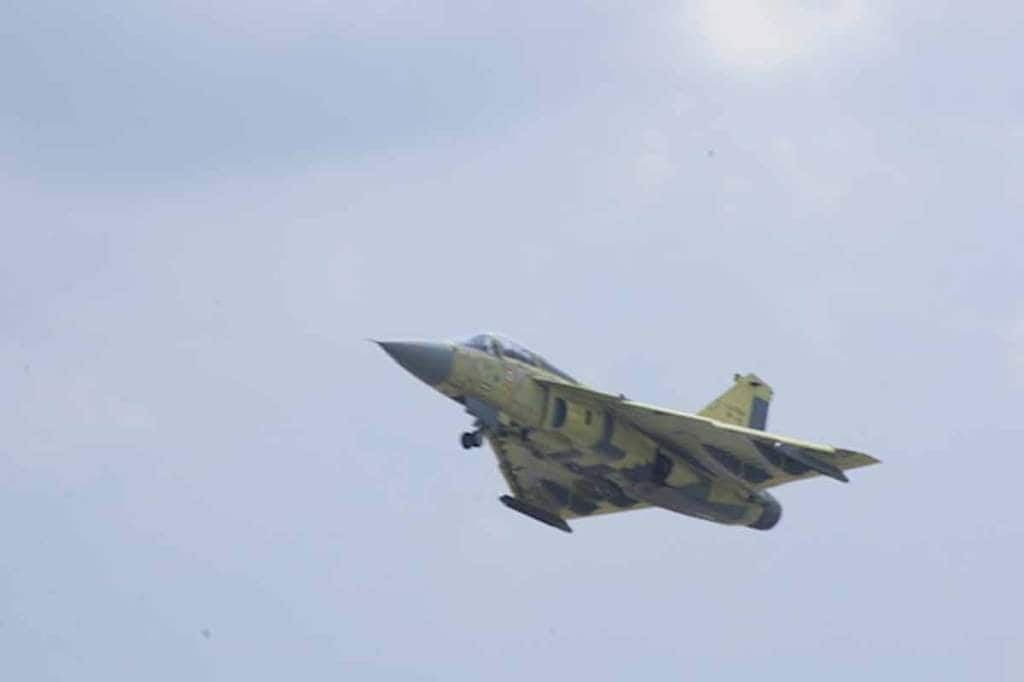 LCA `Tejas’ together with its variants, is the smallest and lightest Multi-Role Supersonic Fighter Aircraft of its class.

India’s indigenous Light Combat Aircraft (LCA) `Tejas’ could be an attractive option for the Argentine Air Force which is looking for multi-purpose fighters to be used for the surveillance and control of its airspace.

LCA `Tejas’ together with its variants, is the smallest and lightest Multi-Role Supersonic Fighter Aircraft of its class. In fact, Argentina is looking for a supersonic fighter jet.

This single engine, Compound-Delta-Wing, Tailless Aircraft is designed and developed by Aeronautical Development Agency with Hindustan Aeronautics Limited as the principal partner along with others to meet diverse needs of its customers.

The engine in the aircraft are from the US.

“All these features make HAL produced LCA attractive to potential customers be it Argentina, Malaysia or any other country keen to acquire trainer/fighter in LCA class,” said a source.

Adding, “In case the Malaysia deal goes ahead (the process is ongoing) it will not only give a major boost to exports for HAL , but also for India which is keen to increase Defence exports in the years to come.”

It has ageing French-designed Mirage III and V fighter jets and also US-built A-4 Skyhawk subsonic fighters. In 2015, the Mirage fighters were phased out leaving the air force of that country with supersonic fighters.

The South American nation had recently set aside $664 million in a budget document to procure fighter jets for its Air Force. The Twitter handle of the Pakistan Consulate General in Jeddah on September 18 tweeted that Argentina had earmarked USD 664 million to buy 12 JF-17 Block III jets from Pakistan.

However, the Argentine Ministry of Defense denied this news and stated that no fighter aircraft of any origin had been shortlisted and that it was in the technical-economic and financial evaluation stage of five alternatives.

For several decades following the Falklands war back in 1982 against the UK, Argentina has not successfully inducted new fighter aircraft. Why? Because of the British pressure on global arms vendors.

Efforts have been made to buy the `Gripen’ of SAAB which is a Swedish company; then South Korean FA-50 trainer/light fighter was preferred. None of these could be finalized as there were several components on board these different aircraft including the ejection seat of the UK based Martin Baker.

Interestingly, the Chinese make JF-17 which are being flown by the Pakistan Air Force too have Martin Baker ejection seats.

In the previous years, Israel offered its upgraded version of its Kfir fighter jet to Argentina. Russia has also offered its MiG-35, the same one which is in race for Indian Air Force’s 114 multirole fighter aircraft programme.

“If the Light Combat Aircraft is preferred by the Air Force of Argentina, it will help in furthering the relationship between the two countries and could be a bridge to strengthen ties with the West that India has and with Russia too,” Professor Juan Battaleme told Financial Express Online.

However, “what isn’t not clear is if Argentina has economic resources to be poured for the country’s forces. And I am not sure that we could use the resources that India requires to be able to have an aircraft like the HAL Tejas which is a very good plane,” he opines.

Will Argentina prefer armored vehicles made in India?

“India has a lot of potential for Argentina, the problem is that it is not “into the radar”, I do not know if it is for historical reasons or because in the current Argentine military radar, India is a relatively “new” actor. India has a long tradition in arms production, but for a South American country, India does not have a market penetration. India is “overshadowed” by the other alternatives. We can say that there is potential but I think that India would have to make an effort to get closer not only to Argentina but also to the rest of the countries in the region where, possibly India, has a more than interesting market,” Prof Battaleme concludes.

According to Soher El Zucaria, Member of the Argentina Parliament, “A Memorandum of Understanding on Defense Cooperation was established between both countries, that promotes the exchange of knowledge in the field of Science, Technology, Production and Logistics for Defense, as well as sharing experiences on issues of United Nations Peacekeeping Missions.”