Budget 2019: What common man, SME want from Budget in an election year

The focus of the government in a populist budget would be to increase the disposal income in the hands of the citizens and then drive consumption in the country. 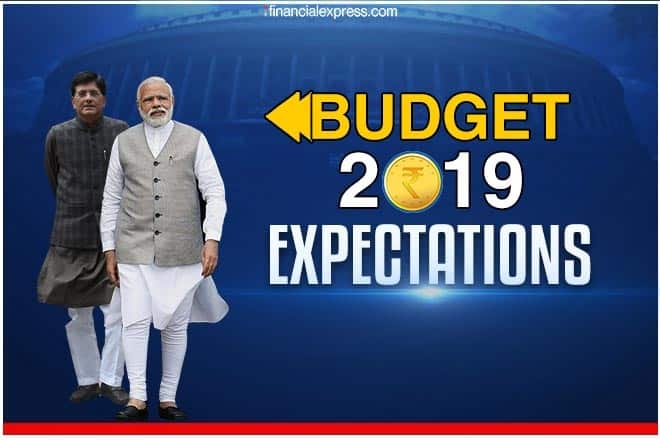 With the Interim Budget round the corner, we are of the view that the government should make some significant changes in the health insurance segment to realize India’s ambition of ‘healthcare for all’.

Budget in an election year is always one of the trickiest balancing act for any incumbent government considering that they must walk a tightrope between fiscal prudence and populist measures. In the current upcoming budget, the task for the finance minister is even more difficult considering that the fiscal balance is not all that rosy, thanks to lower-than-expected divestment achieved during the year and lower collections from GST than targeted.

However, we believe the government would keep prudence aside and focus on populism this time around specially after the recent debacle in state elections. We feel the focus of the government in a populist budget would be to increase the disposal income in the hands of the citizens and then drive consumption in the country which thereafter increases the consumer confidence in the country. Any incumbent government heading to elections and seeking a second term wants the consumer confidence high. Some of the key expectations from the government in this direction are as follows:

Increase in income tax exemption limit: There is a very strong case for increasing the tax exemption limit for tax payers from the current Rs 2.5 lakh to Rs 5 lakh. Some hints for the same can be derived from the recent ruling of the government to provide reservation for economically weaker sections of the society, in which they have defined the weaker section to be any family whose household income in a year is less than Rs 8 lakh.

Real estate sops with focus on affordable housing: We feel the government’s focus on affordable housing is quite evident and there is a significant demand from the real estate sector to the government to boost the demand in the sector. This could be possible to some extent through increasing the exemption limit for interest and principal apart from that given under Section 80C for Principal repayment.

Universal Basic income framework / Minimum income for farmers: The government could also set the stage for finalising on a minimum wage framework for the unemployed on the lines of social security. If not for the masses at large, it could be directed in some way to the agricultural sector, where some basic income is assured for the farmers owing specific acreage of land. This could be something done in lieu of farm loan waivers which has become like a norm these days for any political party seeking vote-bank support. By announcing this minimum income for farmers, the Modi government could win a big headway in appeasement of large rural vote-bank.

All the above changes, if implemented, would go a long way in driving the domestic consumption demand in the country and indirectly spur the industrial growth.

On the corporate side, we do not see any tax changes for the companies. SME and MSME, which continue to be focus area for the government as can be seen from the recent policy announcements, could see their status being made as priority sector lending for the financial institutions. This would help in facilitating more easy credit to the sector. For start-ups, doing away with Angel Tax is something on the wish-list. That would ease the burden on young start-ups who are raising growth capital from investors.

Finally, how much of the above wishes the finance minister can accommodate in the Budget 2019 needs to be seen because government finances cannot be ruined just to appease a vote bank and the present government has been quite cognitive of this fact without resorting to appeasement politics in the past.