US to China: Stop ‘dangerous’ media reports on diplomat in Hong Kong

Demosisto says it campaigns for more self-determination for Hong Kong but not independence. 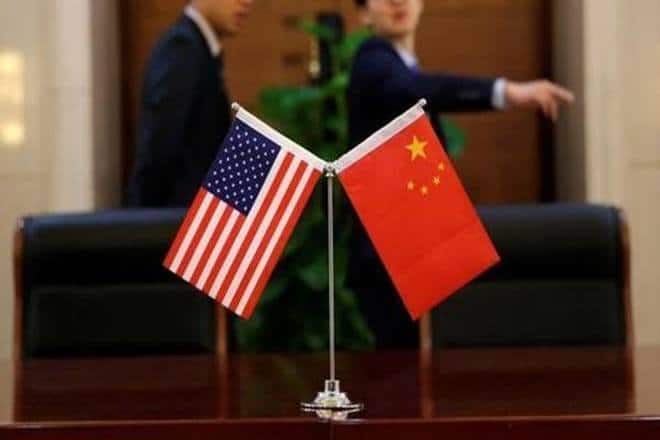 Last year, the Hong Kong National Party was outlawed on the grounds it posed a security threat, the first such ban since 1997.

The United States on Friday demanded that Beijing-backed news outlets stop sharing “dangerous” reports after a newspaper revealed personal information about an American diplomat in Hong Kong who met with pro-democracy activists. “Official Chinese media reports on our diplomat in Hong Kong have gone from irresponsible to dangerous. This must stop,” State Department spokeswoman Morgan Ortagus posted on Twitter. The Hong Kong-based, pro-Beijing Ta Kung Pao reported that the political unit chief of the US Consulate General in Hong Kong, Julie Eadeh, had met with members of the political party Demosisto — including prominent democracy activist Joshua Wong. It shared details on Eadeh’s career as well as her family members’ names.

Beijing has increasingly pitched the anti-government protests in the semi-autonomous region of Hong Kong as funded by the West, but has provided little evidence beyond supportive statements from some Western politicians. “Chinese authorities know full well, our accredited consular personnel are just doing their jobs, just like diplomats from every other country,” Ortagus said. “Foreign diplomats in the United States, including Chinese ones, enjoy open access to all elements of American politics, civil society, academia, and business,” she added. On Thursday, China demanded that US diplomats based in Hong Kong “stop interfering” in the city’s affairs. In a statement, the Chinese Foreign Ministry urged the US diplomatic office in Hong Kong to “immediately make a clean break with various anti-China rioters” and “stop interfering in Hong Kong’s affairs immediately.”

Ortagus responded at the time: “I don’t think that that’s a formal protest, that is what a thuggish regime would do. That is not how a responsible nation would behave.” A State Department official told AFP representatives of the US government “meet regularly with a wide cross section of people across Hong Kong and Macau.” Tensions are high in the Asian financial hub after two months of protests and clashes triggered by opposition to a planned extradition law that quickly evolved into a wider movement for democratic reforms.

Demosisto says it campaigns for more self-determination for Hong Kong but not independence. Last year, the Hong Kong National Party was outlawed on the grounds it posed a security threat, the first such ban since 1997.