What is Repo Rate?

Repo Rate meaning: Repo Rate, or repurchase rate, is the key monetary policy rate of interest at which the central bank or the Reserve Bank of India (RBI) lends short term money to banks. 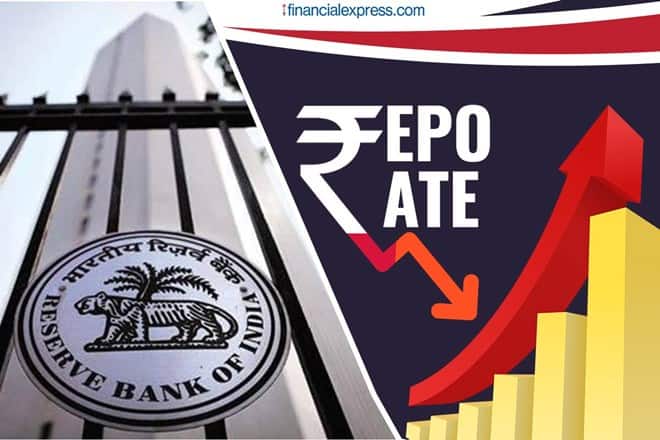 Repo Rate RBI: Repo Rate in India is the primary tool in the RBI’s Monetary and Credit Policy.

Repo Rate is the most significant rate for the common man too. Everything from interest rates on loans to returns on deposits is influenced by this crucial rate set by the RBI, which is why interest rates on home loans, car loans and other kinds of borrowings go up and down based on the direction of Repo Rate change. Similarly, banks adjust savings account, fixed deposit returns based on this benchmark.

As stated above, Repo Rate is set by the RBI for lending short term money to banks. Reverse Repo Rate is actually the opposite of Repo Rate. The RBI borrows money at this rate from the banks for the short term. In other words, the banks park their excess funds with the central bank at this rate, often, for one day. The banks earn an interest rate on government securities purchased from the RBI for the given period. The Repo Rate always stands higher than the Reverse Repo Rate, and the spread between the two is RBI’s income.

Also Read
What is Cash Reserve Ratio (CRR)?
What is Consolidated Fund of India?
What is Disinvestment?
What is Reverse Repo Rate?

Apart from Reverse Repo Rate, some of the other types of lending and borrowing under repo rate are:

What is current Repo Rate and who decides Repo Rate?

The RBI Governor presides over the meeting of the Monetary Policy Committee (MPC), wherein the Repo Rate for the following term or the current repo rate is decided.

How Repo Rate and Reverse Repo Rate are used to control inflation and money supply:

Use of Repo Rate as the key Monetary Policy tool

Monetary Policies of various central banks around the world can have different objectives. In India, the primary objective of the RBI’s Monetary and Credit Policy is to control inflation and to keep it within a specified target range.

To know more about inflation and its usefulness in an economy, watch video: What is Inflation?

Every now and then, “supporting economic growth” resurfaces in RBI Monetary and Credit Policy’s agenda, whether or not it’s the stated objective.

As explained above, by definition, high Repo Rate and Reverse Repo Rate leave less money available with banks to lend, and vice versa. Credit, as we know it, is the backbone of a capital-led economy. Less availability of loans due to the high costs of borrowing restricts money supply for furthering economic activity. This comes in handy when the inflation is high by RBI’s target standards, and there is a need to rein in the rise in prices to check overheating in the economy. Often, this comes at the cost of some economic growth.

On the other hand, when the inflation is well under control, and economic growth is cooling off a bit too much, RBI may want to cut Repo Rate and Reverse Repo Rate. This is aimed at increasing credit availability and reducing the cost of borrowing, leaving more money in the hands of entrepreneurs and businesses to fuel economic activity.

How does bank lending and borrowing from RBI work?

RBI lends money to banks for short term generally against government securities. RBI lends money to banks also in case of shortfall of funds. It is usually a short-term borrowing and lending exercise, through which the RBI purchases bonds from commercial banks. The agreement is to sell them back at a fixed date. Broadly speaking, if the repo rate fixed by the RBI is 5 per cent and the money borrowed by a commercial bank is Rs 100 crore, then the interest paid to the central bank will be calculated at Rs 5 crore on an annualised basis.