Section 66A judgment: A Pyrrhic victory?

The much-abused provision needed to go. However, India is now left without any legal provision for punishable offences… 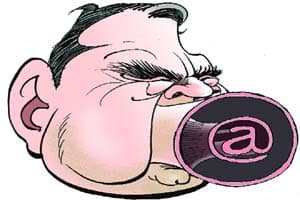 The Supreme Court in its recent judgment struck down the controversial Section 66A of the Information Technology Act, 2000, bringing relief to millions using the virtual space on a daily basis. While the judges condemned Section 66A as a fetter to free speech, the judgment leaves a vacuum in the IT Act, leaving punishable offences under the IT Act in a state of limbo.

Section 66A was introduced by amending the IT Act in 2009 to address the challenges of cyber crime such as publishing sexually explicit materials in electronic form, data leakage, e-commerce frauds and identity theft. In practice, it was a badly drafted law that led to its misuse rather than serving its intended purpose. Pretty much anyone could be booked for posting content online if it caused annoyance, inconvenience, enmity, hatred or ill-will. As the petitioners rightfully contended, none of the aforesaid terms were defined resulting in a large number of innocent persons being booked under the section. Such was the over-breadth of the section on freedom of speech and expression that the Supreme Court held it unconstitutional as “it takes within its sweep protected speech and speech that is innocent in nature and is liable therefore to be used in such a way as to have a chilling effect on free speech.”

What happens now? In the absence of a clear law governing content, the internet with its incredible global reach within a span of a few minutes becomes a free-for-all source of unscrupulous elements (read: child pornography, jihadi videos, obscene MMS clips and many such dangers lurking in the online space). Treatment of such sophisticated matters solely through the Indian Penal Code may not suffice.

Intermediary liability and blocking: ‘Intermediary’ under the IT Act includes within its ambit a wide variety of service providers (network, telecom, internet and web-hosting), search engines, online payment sites and online market places. The IT Act exempts the intermediary’s liability in instances where the intermediary only provides a platform or access to a communication system for exchange of information between parties (like Facebook, Google, Twitter, Gmail, etc).

According to the IT Act and Intermediary Guidelines, blocking is possible only through a reasoned order after complying with several procedural safeguards including a hearing to the originator and intermediary. Such an order can be passed by the relevant officer of the central government or by a competent court.

Intermediaries such as Facebook and Google receive millions of requests on a daily basis and it would be humanly impossible to screen every request in light of the due diligence prescribed under the Intermediary Guidelines. So, does mere failure to expeditiously remove the material posted on its platform make the intermediary liable? Also, how would the intermediary practically judge whether a request is legitimate or not?

These challenges faced by intermediaries were considered partially by the Supreme Court, which held that the intermediary shall block content when instructed to do so by a court order.

Objectionable content not backed by a court order: While the Supreme Court extensively relied on the procedure and mechanism for issuing court orders by a competent court, it failed to address the challenges involved in the tremendous volume of such content being reported. With the courts in India already saddled with a heavy backlog of cases, whether every instance of objectionable content could be dealt with satisfactorily in this manner remains to be seen. Perhaps prescribing additional content filtering guidelines for intermediaries would have acted as a sieve in the number of such cases being reported in the first place. Terming intermediaries as “only persons who offer a neutral platform through which persons may interact with each other over the internet” weeds out other facets that the social media is responsible for, such as security of information shared and authenticity of its users to a limited extent.

The dynamics of the web are prone to other kinds of offences from hackers, virus attacks, piracy, spammers and so on. With India ranking third in the number of internet users (behind China and the US), it is vital to regulate the ‘e-space’ to facilitate a secure ‘e-space’ for both businesses and individuals. Whether the central government counter-punches the judgment with a legislation to negate the effect of the judgment would be rather interesting to watch out for.

More Stories on
IT Act

Follow us on
Latest News
Russia becomes India’s top crude oil supplier in October
2022 FIFA World Cup: This Indian MSME is supplying power transformers for the soccer event in Qatar
Advertising slows down on Twitter as companies watch Musk’s changes
India to take part in 3-day World Travel Market beginning from November 7 in London
Schools, HEIs to celebrate ‘Janjatiya Gaurav Diwas’ on November 15, announces MoE
SC opens 4-month window for eligible employees under EPS to opt for increased pension
Founder’s salary, moonlighting, importance of domain expertise – things to know for startup entrepreneurs
Photos
Dazzling & Astounding! Proposed design of the to-be redeveloped Dakaniya Talav Railway Station in Rajasthan-PHOTOS
22 hours agoNovember 5, 2022
Heart-wrenching! Here is a look at Morbi and the suspension bridge that collapsed
6 days agoOctober 31, 2022
In Pictures: PM Modi in Kargil to celebrate Diwali with soldiers, says, ‘All of you have been my family for years now’
2 weeks agoOctober 24, 2022
Read More
×
Pakistan: Chaos at the cross roads and what it means for India?
Inside track by Coomi Kapoor: Deadline postponed?
Across the aisle by P Chidambaram: No apologies, no resignations
Ringside view by Tushar Bhaduri: Power hitters
Doing Business redux
Paving the way for climate in finance