Net neutrality: Not surprisingly, given the TRAI’s comments in the past, the telecom regulator has ruled out differential pricing for data which, in effect, means there can be no Free Basics of the type Facebook was offering or an Airtel Zero that Bharti Airtel had introduced and later withdrawn. 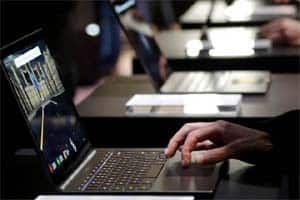 In February this year, Trai took quite a historic step—ostensibly for consumer protection and as part of its net neutrality action programme—when it issued the ruling that no service provider shall charge discriminatory tariffs for data services on the basis of content.

Not surprisingly, given the TRAI’s comments in the past, the telecom regulator has ruled out differential pricing for data which, in effect, means there can be no Free Basics of the type Facebook was offering or an Airtel Zero that Bharti Airtel had introduced and later withdrawn. This is odd since, as Trai’s order itself says, differential pricing is allowed on a case-by-case basis in the US and the EU but disallowed in the Netherlands and Chile – if Chile is to be the preference instead of the US and the EU, that tells its own story; interestingly, it was also this selective picking of countries that allowed Trai to come up with its strange recommendation to price 700MHz spectrum at 4 times that of 1800MHz (Also Read: What’s Trai playing at). Even odder, or murkier, is the exception Trai has granted. Telcos are allowed to offer free internet – 100MB on Sundays, say – to their subscribers as long as this allows access to the ‘entire internet’, which is fine. What’s odd is the fact that differential tariffs are to be allowed for data on the intranet. In principle this means a Bharti Airtel or a Vodafone or an RJio can buy 10,000 movies and offer these free to their subscribers – the trick here is that they will be hosted on the Bharti/Vodafone/RJio intranet! It’s difficult to see how this is any less discriminatory – to take Trai’s argument at face value – than a Facebook tying up with an RCom and allowing all websites that meet certain technical standards (in terms of how data-light they are) to offer themselves for free. Expect a lot of battles over this one clause with each telco trying to show what they’re offering is not discriminatory pricing but merely services that are available on their intranet. Trai’s decision to stop a Free Basics or an Airtel Zero is even odder since, as the regulator admits, this will increase internet access.

At another level, while the government has, in the past, indicated that it is in sync with Trai’s logic, this means two explicit standards for the country. Free or differentially priced data is not to be allowed since it distorts the market, but the same does not apply to food or kerosene or other subsidized products! Surely FCI buying wheat and rice in a handful of states and not others, or the government subsidizing wheat/rice and not fruits and vegetables is distortionary; surely offering subsidized kerosene, or LPG, distorts the market for petroleum products and stunts its growth? What’s sauce for the goose has to be sauce for the gander. It is odd that no one in the government has recognized the absurdity of this position.

In the meanwhile, with Trai having struck what is seen as the first blow for net neutrality – an ideal even those in the government have repeatedly sworn to – as this newspaper has argued before (Also Read: Clear net neutrality maze), telcos need to insist on full clarity on net neutrality before the next auctions. If, in continuation of net neutrality rules, a WhatsApp voice service is to be made legal after the auctions, a telco will find 50 paise of voice services being reduced to 4-5 paise from data used in a WhatsApp call. The government is free to do this, but a telco then clearly needs to value the spectrum very differently. That going the whole hog on so-called net neutrality will affect the rollout of internet services in the country is unfortunate — why would a telco rollout more internet services if it doesn’t make as much money? — and is something the government and the regulator need to worry about, telcos have to look after their bottomline. Shareholder responsibility has to come first.