Emission control filters of very high standard are needed in Waste-to-energy plants to check the release of harmful gases into the atmosphere. Continuous monitoring and sharing the information openly with the public is also necessary 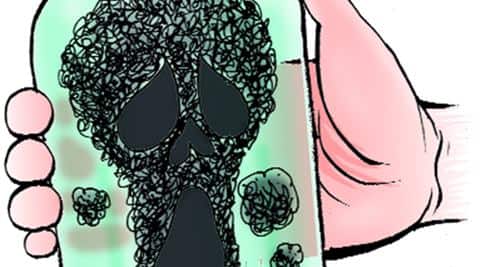 First, is segregation of biodegradable or wet waste from dry waste at source.

In my recent columns on management of solid waste or garbage in our cities, I have emphasised that a credible solution must have three elements. First, is segregation of biodegradable or wet waste from dry waste at source. Second, once segregation is achieved municipal governments can use wet waste to produce compost and biogas in biomethanation plants which can be set up in individual localities. Third, the dry waste after removing the recyclable elements should go to Waste-to-energy plants. This will reduce the volume of waste that remains to be sent to landfills. In this column we focus on what we know about Waste-to-energy plants.

A number of Waste-to-energy plants are coming up in urban India, using incineration, Refuse Derived Fuel (RDF) based combustion, or conversion technologies such as pyrolysis and gasification. There is a great deal of confusion about what the different technologies entail, and also apprehension about the potentially damaging impact of Waste-to-energy plants on the environment in general, the quality of air in particular, and consequently on public health. There are also questions about whether these plants are financially viable.

The controversial Waste-to-energy plant based on incineration of unsegregated municipal solid waste at Okhla in South Delhi processes almost 2,000 tonnes of unsegregated municipal solid waste every day to feed into their boilers to produce 16 MW of electricity. The plant came under fire initially because it did not comply with the emission requirements. It has been very recently cleared for operations by the National Green Tribunal (NGT) which has certified that it now meets emission standards of the Central Pollution Control Board (CPCB).

A more recent Waste-to-energy plant at Ghazipur in East Delhi based on controlled combustion produces RDF from segregated dry waste, and uses the same in onsite boilers to generate electricity, performing at EU standards of emissions. The plant receives 1,300 tonnes of mixed waste every day from the East Delhi Municipal Corporation, which is reduced to about 40% of the total after segregation. From 550 tonnes of feedstock, the plant produces 12 MW of electricity.

Incineration based Waste-to-energy plants rely on mass burning of municipal solid waste which involves complete combustion (burning) of miscellaneous waste materials into ash. The latter is also true of RDF-combustion based plants. Depending on what is being combusted (and this is a huge challenge to determine in the case of municipal solid waste), the gases that are generated may contain dioxins and furans, which are toxic and can be lethal. These plants, therefore, need to put in place emission control filters of very high standard in order to check the release of harmful gases into the atmosphere. There is need for continuous monitoring of the emissions and sharing the information openly with the public in the vicinity of the plant if public apprehensions are to be put at rest.

Singapore uses incineration with due environmental precautions in managing its municipal solid waste after recycling 60% of its waste (among the highest rate in the world). Japan and a number of European countries also rely on incineration, with due precaution, as they try to minimise the waste that needs to go to landfills. The United States had a long free run with incineration plants but thanks to the environmental movement there has been a significant tightening of the regulations with respect to the emissions since the 1970s. The abundance of land in the US has led to greater recourse to landfills. But incineration plants are making a comeback and with it the need for vigilance on emissions.

The innovations in Waste-to-energy technologies worldwide have been focusing on pyrolysis, gasification and plasma gasification which can deliver cleaner emissions but are considerably more expensive. These technologies involve heating of the solid waste at very high temperatures in an oxygen-controlled environment such that the thermal reactions produce synthesis gas (or syngas) which has the advantage that it can be burned directly or transported through pipelines and/or tankers for use in electricity generation, refining, chemical and fertiliser industries. While syngas can be scrubbed and converted into a clean energy source, the technologies are expensive, compromising the commercial viability of plants based on conversion technologies.

A Waste-to-energy plant based on pyrolysis-gasification technology was set up in Pune in 2012 but it has failed to deliver after repeated trials. It failed not only because of the high cost of cleaning syngas, but also because of a number of technical snags including the fact that it had overestimated the calorific value of the waste and underestimated the moisture content. The company now produces RDF using 300 tonnes of dry municipal waste per day, which is less than half of what was intended in the design of the original plant.

Pollution control boards set up by the Government of India and the state governments were expected to provide technical assistance and consultation and keep a check on the emissions/environmental footprints of Waste-to-energy plants. Unfortunately, they have not kept pace with the rapidly evolving technology in the field of pollution control and were not able to check routine defaulters. Recognising the need for a more empowered body that could enforce adherence to environmental regulations, the National Green Tribunal was set up in 2010 as an independent judicial body under an act by the Parliament of India. As a judicial body in charge of supervisory jurisdiction over all environmental matters, NGT has in many cases prodded the Pollution Control Authorities and catalysed action from State Pollution Control Boards/Municipalities, especially in waste management. It has been setting the rules of the game and putting the weight of legal compensation and enforcement behind its rulings. Hopefully, NGT will receive full support from the Central Pollution Control Board in its quest for scientific evaluations of the environmental impact of Waste-to-energy plants.

The level of subsidy required to make the Waste-to-energy plants financially viable presents another set of problems. These plants involve significant amount of capital investment and the cost of energy produced is higher than from the grid unless there are government subsidies. Considering their contribution to resource recovery and to saving on the energy cost of transportation which would otherwise need to be incurred to haul the waste to a landfill, there is a good case for subsidising these plants.

Municipal bodies give benefits to Waste-to-energy plants such as land for free or at token amount plus a tipping fee for each tonne of waste processed. However, this does not suffice to make the cost of electricity produced from these plants competitive with the conventional sources. The talk of waste to wealth in this context is misleading. A subsidy is still needed and a transparent method must be found to determine the maximum subsidy feasible through competitive bidding.

It is also important to emphasise that electricity generation from waste is not the most efficient way of generating electricity. It is a way of resource recovery from municipal solid waste and should be considered as a by-product of waste management. Enthusiasts sometimes speak of Waste-to-energy as a solution to our energy problem. This is not correct. However, if implemented to global emission standards it could be a pathway to scientific and sustainable disposal of municipal solid waste given the scarcity of urban land in the country, while also generating some much needed electricity.

Ahluwalia is chairperson of ICRIER, Delhi, and former chairperson of the high-powered expert committee on urban infrastructure and services. Patel is research assistant, ICRIER.Views are personal