India’s quest for oil and gas: More questions than answers

The petroleum ministry is trying to paint the offer of small oilfields as an attractive bait to private investors when, by its own admission, these fields were not monetised by ONGC & OIL 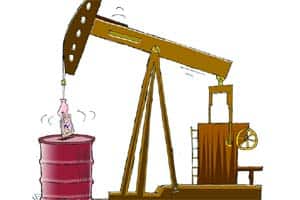 Government is likely to cut natural gas prices by 17 per cent from Friday to USD 3.15 per million British thermal unit from current USD 3.82.

The petroleum ministry has gone into overdrive with two recent policy announcements. It decided to offer 69 small oilfields for development through an international bidding process and has floated a consultation paper on the future contours of oil and gas exploration policy. The controversies with Reliance over the KG-D6 field development led the UPA government to constitute the Rangarajan Committee to suggest an appropriate contractual framework for petroleum exploration and production in the country. Probably, at least in part as a response to dissatisfaction of oil companies with this report, another committee under Vijay Kelkar—which included members with experience in the upstream petroleum industry—was constituted over two years ago to suggest measures to meet India’s hydrocarbon requirements over the next two decades.

The recommendations of this committee, which landed on the table of the current government over a year ago, appear to have been partially acted upon. However, what defies logic is the current move to again launch a consultation process with stakeholders on hydrocarbon exploration policy. Oil companies, national and private, have forcefully put forth their views over the past three years; there is little or nothing left for them to say further. But an examination of the major issues raised in the consultation paper show that the same path as in the past is being traversed by the government, with the same old wine being served in the same old bottles. It may, hence, be instructive to see what the consultation paper highlights and what it implies for government action in the coming months.

There can be no quibble with the proposal to adopt a uniform licensing policy for all forms of hydrocarbon resources, ranging from conventional oil and natural gas to unconventional sources like shale oil/gas, coal bed methane, gas hydrates, etc. The decision to go in for an Open Acreage Licensing Policy (OALP), which was one of the recommendations of the Kelkar Committee, is also welcome. However, this requires a much firmer stand of the petroleum ministry and the Directorate General of Hydrocarbons (DGH) vis-a-vis the national oil companies (NOCs) ONGC and OIL, in matters relating to acreage on offer and availability of data. Private companies have always had the grouse that the NOCs are loath to relinquish acreage allotted to them in the past on nomination basis by the government. The same rules that apply to companies under the New Exploration Licensing Policy (NELP) ought to be applied here: areas that have not seen any NOC exploration or development activity in a reasonable time frame should be relinquished by them and offered under OALP to remove any discriminatory treatment in favour of the NOCs. The DGH should also develop a strong data repository (another recommendation of the Kelkar Committee) and ensure that all geological data, including from those areas currently or formerly held by the NOCs and other companies, is freely available for inspection and analysis.

It is the other two points in the consultation paper which give cause for concern. Despite the Kelkar Committee marshalling very good arguments for continuing with a petroleum profit-sharing arrangement, the petroleum ministry has stuck to its guns in going in for a revenue-sharing system.

The revenue-sharing model militates against private risk-taking in that it transfers the entire risk burden to the investor. With royalty and a share of gross revenue (net of royalty) having to be paid upfront to the government, private companies will find the risk-weighted returns skewed against them, especially in an era of low oil prices. The proposed fiscal model could also go against government revenue interests, with windfall gains being reaped by a private company, in the event of the discovery and development of a giant oil/gas field by a private operator in a contract area where, because of its relatively unattractive geological prospectivity, modest fiscal terms were offered to the government. We do not have to look very far for such instances: no one, at the outset, gave much of a chance for hydrocarbon discoveries in Bombay High and Rajasthan, two of India’s most prolific oil producing areas today.
The carrot of freedom to companies in pricing and marketing of gas is being dangled again before them.

Unfortunately, the same utopia was held out to companies as far back as the year 2000, when the first NELP contracts were signed. The Reliance imbroglio and the flip-flops on permitting companies to sell gas to whomever they wish at market price have left private companies sadder but none the wiser about government’s intentions. There will need to be clear policy moves, on the lines suggested by the Kelkar Committee, removing government control over pricing and marketing decisions on gas, so that private producers face no unpleasant surprises from subsequent governments.

The government offer notice for small fields also requires successful companies to compensate ONGC/OIL for past costs incurred on book value basis, adding another upfront payment by companies which will eat into their profit margins. At the present moment, it is not clear if the provisions of the Draft Revenue Sharing Contract (DRSC), which were circulated last year for comments, are going to apply to the present offer in toto. If they do, the entire bidding process, whether for small fields or exploration blocks, may well prove to be a non-starter. Penalising companies for failure to reach committed production levels goes against the very grain of best petroleum industry practice, given the uncertain behaviour of petroleum reservoirs. Requiring companies to channel all revenues, in the first instance, into an escrow account will delay revenue accruals to them; it will also affect their ability to raise funds from financial institutions, which will be uncertain about government payments in time to companies to enable them meet their debt payment commitments. The provision for treating revenues earned from assignment of participating interest as liable for sharing with the government flies in the face of international oil industry principles: this will inhibit participation of small companies which hope to develop the reservoir and then sell their participating interest to larger companies which are better placed to exploit the reserves.

The absence of a contractual stability provision in the DRSC will raise apprehensions in private companies, given the government’s track record in compelling Vedanta to meet royalty payments at the time of approval of its acquisition of Cairn India’s interests. Nor is the bureaucratic footprint in approving decisions on field appraisal and development reduced in any significant manner. In fact, there is no bold departure at all from the past, with petroleum ministry bureaucrats and DGH officials continuing to have a major say in all aspects of operations of the contractor. Given the less-than-pleasant experience of companies with this system in the past, it would be highly optimistic to expect dynamic decision-making aimed at cutting delays in giving approvals.

India, as a major petroleum importer, has very few major successes to show in the exploitation of its petroleum reserves over the past 25 years. Such successes, as have been there, have been due to the efforts of private investors; the NOCs have had virtually no significant petroleum discoveries to show for their exploration investments. The petroleum ministry is now trying to paint the offer of small oilfields as an attractive bait to private investors when, by its own admission, these fields were not monetised by ONGC and OIL “due to their isolated location, limited reserves, high development cost, technological constraints and fiscal regime.” At a time when oil prices are on a downward path, marginal discoveries are unlikely to attract any significant private investment, all the more so if the contractual terms offered are less than appetising.

It all finally boils down to the comfort levels between investing companies and the government in doing business with one another. Viewing company motives with suspicion is not the best advertisement for encouraging private investment in a high-risk sector. Mexico’s recent experience in failing to enthuse private investors to bid for its shallow-water exploration blocks is a timely reminder of the consequences of low government credibility in the eyes of investors. Venezuela and Brazil are also paying the price for their past reluctance to engage with private oil companies. That such major producers face lukewarm investor response is a wake-up call to a far smaller player in the oil production market like India. Unless geologically attractive areas are offered, contractual terms meet investor expectations and the operating environment is efficient and hassle-free, petrodollars will not pour into India. As of now, the prognosis for private investment in the upstream oil and gas sector is, I am afraid, rather bleak.

The author, a former bureaucrat, is partner, Access Advisory