GST: Compensating for the growth slowdown

Effecting a reform as significant as GST requires one to be patient, stakeholders must have a give and take approach, and realise that there is always a better way of doing things. 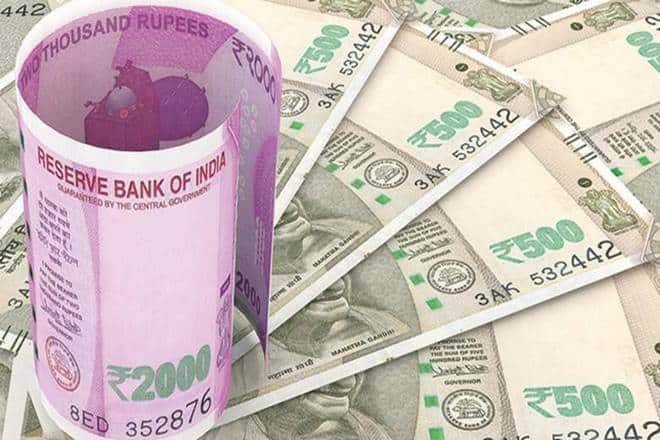 Finance minister Nirmala Sitharaman stated in the Rajya Sabha on December 12, that in 2017-18, the total cess collected was Rs 62,596 crore, of which Rs 41,146 crore was released to the states.

The last GST Council meeting was a stormy affair—expected, with an increasing number of non-BJP ruled states and delays in disbursement of the compensation cess to the states. State finance ministers gave some interesting bytes.
Kerala’s Thomas Isaac said that the GST Council, had in its minutes, received an assurance from the former finance minister Arun Jaitley, that in the case of a shortfall, the Council would honour its obligations by borrowing to pay the states.

Can the Council borrow on its own or do the states want the Centre to borrow?

Punjab’s Manpreet Badal said the delay in payment of assured compensation is a sovereign default. If only Badal could convince the CM to stop giving free power to farmers (app cost Rs 6,500 crore pa) and reduce the aggregate technical and commercial losses from over 30% in 2018-19 to 14%, as agreed under the Ujjwal DISCOM Assurance Yojana, things would be different.

Grandstanding makes a good case, but what is the reality?

In order to convince the states to switch, they were assured a 14% growth in revenue collection under GST on the 2015-16 base. This assured return was to be funded by a GST compensation cess (GSTCC) levied on certain commodities (e.g., tobacco products, motor vehicles, etc). The intent was to create a GST compensation fund that would fund the estimated revenue loss for the first five years of GST, i.e., July 1, 2017, to June 30, 2022.

According to an August 30, 2018, amendment “fifty per cent of such amount, as may be recommended by the Council, which remains unutilised in the Fund, at any point of time in any financial year during the transition period shall be transferred to the Consolidated Fund of India as the share of Centre, and the balance fifty per cent shall be distributed amongst the States.”

Why should cess surplus in any year not be fully adjusted against subsequent deficits in the GSTCC account?

The states’ GST shortfall was also funded by a special coal cess, renamed as ‘GST compensation cess.’ Cess amount is substantial and increases India’s energy costs. It is subsumed under GSTCC and accounted there.
Next, is the issue of 14% revenue protection.

Can the states highlight, on what basis the revenue was calculated in the base year of 2015-16?

According to a National Institute of Public Finance and Policy Working Paper by Sacchidananda Mukherjee, “In the pre-GST regime it was not possible to separate revenue on account of VAT, CST and entry tax into two baskets—items under GST and out-of-GST items. Second, GST subsumes various taxes and cesses, which were earlier used to be collected by local governments/authorities. In the absence of information on state-wise revenue collection from these taxes and cesses, it will be difficult to estimate the revenue under protection for States”.

During 2012-2016, Bihar, and in 2015-16, Chhattisgarh, Jharkhand, and Maharashtra had growth rates over 14%. To be fair to states, the above excludes taxes collected by local government and authorities. However, the accompanying graphic indicates a trend.

Can the GST Council be transparent, put numbers in the public domain, so there is an informed and healthy debate?

Another interesting point Mukherjee made is, “The benefits of 14% assured growth in revenue collection under GST will differ across states. States like Gujarat and Punjab have had low rates of growth and the assurance of 14% would imply augmentation of revenue while states like Bihar might not get the same deal”.

So, should the 14% assured increase in revenues be related to the actual growth in state-wise revenues?

This becomes an incentive for states to improve tax-efficiency.

Next, is the central government bound by law to pay a 14% assured increase to states even if cess collections are inadequate?

Let us first look at related issues. Expecting the Centre to bail out states would put additional pressure on its finances without the states having to bear the cost of the economic slowdown, which they are also a party to. According to noted economist Ajit Ranade, states must remember we have “had a continuous and now-severe slowdown in economic growth since 2017, and states would have suffered a bigger drop in tax collections even without GST”.
Further, as TN Ninan wrote in Business Standard “an economy growing at 7% would ordinarily be expected to deliver nominal growth (i.e., including inflation) of about 11%—well short of the 14% revenue buoyancy promised to states”.

Tax growth rate is based on nominal GDP, which slowed to 6.1% in the September quarter. Pain arising out of lower revenues needs to be borne by the Centre and the states.  Promising 14% was a political necessity in 2016! Assured revenue growth reduces the motivation for states to create a business environment that stimulates growth.

Coming to the legal aspect, there is nothing in the law which states that the Centre has to dip into its revenues to pay the states assured revenue. Posturing on national television that states would be forced to approach the Supreme Court (SC) is one thing, but that would vitiate the working of the Council, and what happens if the SC dismisses the states’ plea.

The states want revenue growth insurance. Any reform takes years to stabilise. Thus, the cost of change must be borne by the Centre and the states.

Unfortunately, states have perfected the art of upward delegation. For instance, they complain of farmer distress without saying that agriculture, being a state subject, is their primary responsibility. Similarly, if the states do not charge “farmers and residential users the true economic cost of power”, discoms have lesser resources to buy power.

When power production falls, as a consequence, GDP rates fall too.

Effecting a reform as significant as GST requires one to be patient, stakeholders must have a give and take approach, and realise that there is always a better way of doing things.