Green in the growth is no more costly: How climate change can help economic development

With cheap renewable energy, budding AI and big data, the trade-offs that used to exist between environmental conservation and development are now disappearing. 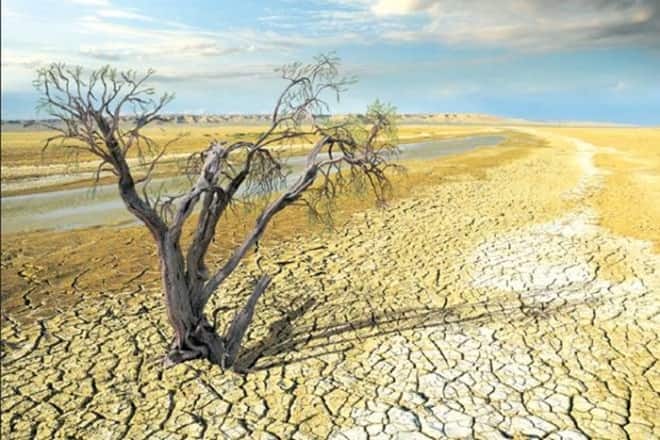 If we needed any affirmation, the Nobel Prize for economics given to William Nordhaus and Paul Romer this year confirms the vital significance of climate action and innovation in our times. The joint award is no accident. How we create long-term sustained and sustainable economic growth in the presence of pervasive market failures will continue to occupy governments and policy makers locally and globally for the foreseeable future. The prize comes close on the heels of the latest Special Report of the UN Intergovernmental Panel on Climate Change (IPCC) that exhorts action to keep global warming to a maximum of 1.5C above pre-industrial levels or suffer unprecedented damage to the goals of poverty eradication and sustainability.

Global warming threatens entire countries, portions of other countries, sectors, lives and livelihoods. For example, polluted air and water disproportionately affects India’s poorest, increasing the risk of infectious disease, reducing standards of living, and lowering the chance of escaping the poverty trap. Thus, the enduring narrative that concerted action against climate change will compromise economic growth needs to be reconstructed in favour of their congruence, not for the rich demanding a cleaner environment but for the sake of the vulnerable whose lives are dependent on agriculture, the sector most affected by climate change. The integration of the ideas of Nordhaus on climate action and Romer on innovation provide hope.

The work of another famous Nobel laureate, Ronald Coase, had many years ago argued that so long as property rights are clearly established, externalities will not pose a problem. The presence of very high transaction costs prevent that from happening frequently enough, obliging the government to intervene to correct the market failures. Besides, firms are loath to invest in the clean-up cost of environment damage unless forced to. Consequently, in the case of “bad” externalities, such as harmful emissions, the market will produce too much of it. And assigning property rights to the air we breathe is going to be impossible. But creating a ‘market’ price for carbon is not.

According to the State and Trends of Carbon Pricing, 2018, 51 carbon pricing initiatives have been implemented or are scheduled for implementation in the global community. These are a combination of emission trading schemes (ETS) and carbon taxes. In turn, these initiatives cover around 11 gigatonnes of carbon dioxide equivalent (GtCO2e) or about 20% of global GHG emissions. There are many countries where a carbon pricing mechanism is ‘under consideration’, while in India there is a de facto carbon tax on coal and fossil fuels embodying the polluter pays principle. We should not quibble too much about the reason it is there—for the environment or for raising government revenues—but we also know that an efficient carbon pricing mechanism earmarks the collections for cleaner and greener investments. However, with the introduction of Goods and Services Tax (GST) in 2017, the tax on coal, like many other cesses, was subsumed under the GST. We might still find sources of funds for cleaner investments as two things happen. One, tougher standards are put in place for regulating emissions across sectors such as those the government has done for automobiles. In 2016, the government announced that India would skip the BS-V norms altogether and adopt the more stringent BS-VI norms by 2020. And two, increasing awareness that, as all externalities are priced in, the life cycle costs of business as usual (BAU) growth could in fact be higher.

For years the dominant narrative has been that the ‘green’ in ‘growth’ comes with significant economic costs and therefore is moot for India’s development needs. But is it really? Do we need to grow in the same manner as Europe in the middle of the industrial revolution: The type of carbon-intensive growth that blackened the streets of London and led to dreadful living standards for the majority? India and other emerging markets exist in a different time: It is the age of information technology (IT), cheap renewable energy, budding artificial intelligence and big data. The trade-offs that used to exist between environmental conservation and economic development are now disappearing. The price of renewable energy is now at par and even below that of conventional energy. While India has made great strides in installing renewable energy capacity, not all of this is turned on and the vast majority of generation still comes from conventional hydrocarbons.

There is a challenge in ensuring that the electric grid can handle the intermittency of renewable energy, but this problem is not insurmountable: Countries such as Denmark and Germany have demonstrated that it is possible to have up to 20-30% of electricity generation from renewable energy resources. And due to India’s vast and diverse geography, it is possible to transport the excess electricity generated from the sunshine in the desert or the winds of the south, to cloudier and less windy parts. This is how Europe’s interconnected grid works.

This is precisely what Paul Romer had in mind when responding to news of his award when he said, “Once we start to try to reduce carbon emissions, we’ll be surprised that it wasn’t as hard as we anticipated. One problem today is that people think protecting the environment will be so costly and so hard that they want to ignore the problem and pretend it doesn’t exist. Humans are capable of amazing accomplishments if we set our minds to it”. This implies many things: Coming to terms with the past, warning citizens of the dangers of what is upon us and calling time on carbon intensive development.

Another compelling aspect of renewable energy is that it helps create jobs. Renewable energy is more labour-intensive than capital-heavy technologies such as coal power plants. For example, in the solar photovoltaic (PV) cells industry, there is a need for workers to manufacture the panels, personnel who install and maintain them, and ancillary services related to smart metering. This is alongside the higher-skilled labour related to engineering and technology development. While India may not be able to capture the whole PV supply chain, due to, for example, PV panel imports from other countries, it can certainly leverage the service industry around solar energy to generate jobs. A heartwarming example of this is the Barefoot College which trains elderly women to be solar panel mechanics. A further unique opportunity for India could be to leverage its existing IT and software skills to advance the market for smart-metering and grid management to help integrate renewable energy into the grid and reduce costly transmission and distribution losses.
An orderly transition from coal will reduce the pain of loss of mining jobs, while also avoiding the adverse health impacts for the workers directly and for surrounding communities.
India already has a version of carbon pricing in place and over time could expand the depth and breadth of the price signal. Moreover, the climate change problem has reached a level where it is no longer only a global commons issue. There are localised benefits linked to unilateral action. As the Kerala floods demonstrate, climate change will bring about extreme weather events and the impact will disproportionately be concentrated in the global south. The whole world has a role to play and no one, not least the developed world, can shirk responsibility. But for now, India cannot wait and there are immediate gains from pursuing low-carbon options that include job-creation and lower air pollution amongst several others.

Co-authored by Sugandha Srivastav, a doctoral student at the Economist Institute of New Economic Thinking, University of Oxford and Vivid Economics.