Centre and states must work together to ensure migrant workers are not left in the lurch during crises. Social security infrastructure must be strengthened and registration processes made more accessible for them. 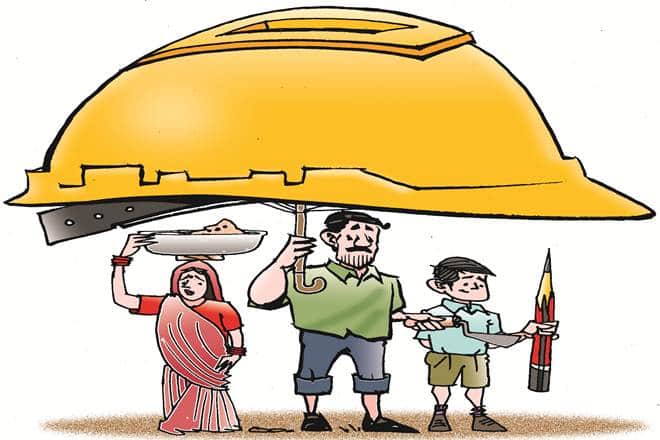 Ensuring that workers are never left in the lurch, as happened during the lockdown, is an uphill task, but not a Herculean one.

By first cancelling Shramik Special trains, the government of Karnataka decided that migrant workers will stay on in the state instead of returning to their homes. The state government concluded that it is a win-win situation since migrants need work and there is demand for labour on construction sites—it has now decided to restart the train service after it faced flak from many quarters. The ethical issue of the unilateral initial decision aside, such knee-jerk decisions can encourage other states to make up rules on the fly, and botch up reopening of the labour market. Optics matter, and on the first shot, Karnataka missed an opportunity to offer a framework within which migrants forced to stay back, or those returning to the state, start on a better footing. Central and state governments together need to ensure workers are not required to jump through hoops while navigating through the complexities of labour markets. Ensuring that workers are never left in the lurch, as happened during the lockdown, is an uphill task, but not a Herculean one. Towards this, we outline a nine-point agenda.

First, we need better coordination between states, the absence of which was acknowledged in Government of India’s Economic Survey 2016-17. A significant proportion of interstate migration is characterised by split households, i.e., the migrant still has family residing at the source. In such cases, the domicile state of a migrant could be different from the state where they work. Yet, domicile, or address proof, is crucial to receiving social security benefits. An inter-state coordinating framework can address this, as has been attempted in the past through bilateral MoUs.

Second, state governments have to ensure portability of benefits, be it health insurance or access to schools or public distribution system, within their states, especially as the vast majority of migration happens within the state, and even within districts. This should be a precursor to portability of benefits across the country. The Supreme Court (SC) has already urged the government to implement the One Nation, One Card scheme during the lockdown. The Economic Survey had flagged the need for “interstate coordination of fiscal costs of migration”. One suggestion would be to include this in the terms of reference of Fifteenth Finance Commission of India.

Third, state governments should avoid the ‘sons of soil’ argument, which violates the rights of citizens to move freely, to settle or reside and work in any part of the country, granted under Article 19 of the Constitution of India. States must not seek to bypass this constitutional right by erecting artificial barriers like language requirements for jobs. In Karnataka, the state government has used the specious logic of higher accident rates of non-Kannadigas in industrial establishments as compared to Kannadigas to preferentially choose the latter for local jobs. We must remember that Maharashtra’s attempt to make Marathi fluency mandatory for auto drivers was struck down by the courts.

Fourth, state government should resist the temptation to make the official language of the state a compulsory subject in schools. It should certainly not be the only medium of instruction in government schools. Such policies impose a high cost on children who migrate with their parents.

Fifth, it should be made mandatory to make available the paperwork in every state in all the scheduled languages of India. While Indian states were organised along linguistic lines, it is a fact that inter-state migration has increased the diversity of languages spoken in each state. Consider the workers registered under the Building and Other Construction Worker’s (BOCW) Act. As per the limited information on Maharashtra’s BOCW website, among the interstate migrants, 22% are from Bihar, 9% from Jharkhand, 4% from Karnataka, 2% from Tamil Nadu, 21% from Uttar Pradesh, and 18% from West Bengal. Imagine how a worker from Bihar, Uttar Pradesh, or West Bengal, not comfortable with English or Marathi, will fill a self-declaration form required for BOCW registration. We are just offering the case of Maharashtra as an example. This is true in case of other states, too. Is language a barrier for migrants? Probably, yes. It is important that the different tiers of government facilitate communication in multiple languages.

Sixth, state governments have paid lip service as far as recognising the entitlements of migrant workers, particularly in case of construction workers, is concerned. Despite the SC directing the implementation of BOCW Act and the Cess Act, state governments have been lackadaisical. Now is the time to greatly ease the process of registration of workers, and to relax the 90-days requirement to be eligible for registration under BOCW. There are other well-meaning mechanisms, like the 34 Mathadi Boards in Maharashtra—a mathadi, i.e., an individual who carries material on their head or back, is required to be registered with one of the 34 boards.

Seventh, the registration efforts at the destination should be complemented by strengthening the documentation process at the level of panchayats. Detailed household-level data is collected by anganwadi workers. This includes information on number of in-migrants and emigrants. If the quality and accuracy of data collected from households is improved, then it can be used for planning purposes. Panchayats have an active role to play in counselling migrant workers on how to negotiate with labour contractors. Labour contractors should be sensitised on the need to provide necessary documentation that would help the migrant workers lead a decent life in the city.

Eighth, the need to develop the housing rental market, building dormitories for migrants, and hostels for working men and women, must be considered. Hostel accommodation and counselling services are particularly important for the youth who migrate for educational purposes.

The final point pertains to the Social Security Code Bill 2019, whose objective is to better the lives of over 50 crore workers. What we have learnt in the last six weeks is that even well-meaning legislations aimed at protecting workers have failed utterly. It might be worthwhile to have a larger debate on the Social Security Code Bill 2019, taking cognisance of what we learnt about India’s labour market following the Covid-19-induced lockdown.