India needs to explore the potential of Green Hydrogen based Vehicular fuel; the current cost & efficiency challenges could soften as the technology improves 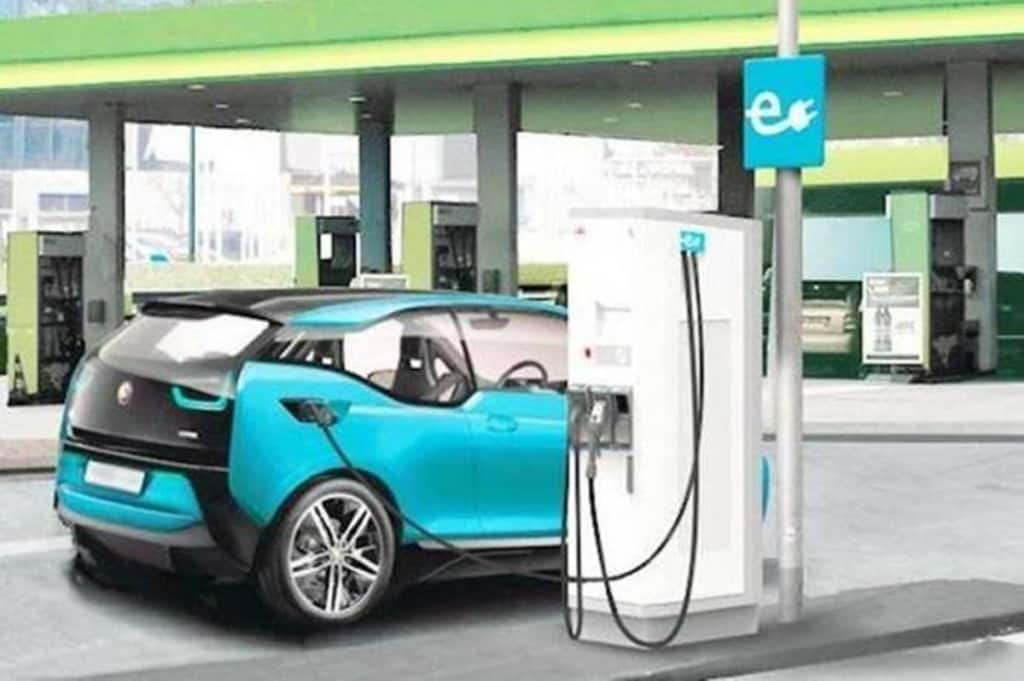 Indian manufacturers have the capability to make efficient EVs that can not only create more jobs but also provide opportunities for exports.

The transport sector in India contributes one-third of the total greenhouse gas (GHG) emissions, within which the lion’s share is that of road transport. Prime minister Narendra Modi, in his recent speech, emphasised electric mobility and hydrogen as fuel as two of the seven key pillars of India’s energy strategy.

Over the years, the government has made concerted efforts to tackle vehicular emissions with policies steps and programmes such as the Faster Adoption and Manufacturing of Hybrid and Electric Vehicles (FAME I) scheme, FAME II, tax benefits, etc. As of October 20, 50 buses running on hydrogen spiked compressed natural gas (H-CNG) have been deployed in a six-month pilot project in Delhi. Unlike the global trend of blending hydrogen with CNG, these buses will run on a new technology patented by the Indian Oil Corporation Limited that produces H-CNG (18% hydrogen in CNG) directly from natural gas, without having to undertake expensive conventional blending. This compact blending process provides a 22% reduction in cost as compared to conventional blending. In comparison to CNG, H-CNG allows for a 70% reduction in carbon monoxide emissions and a 25% reduction in hydrocarbon emissions. The new H-CNG technology requires only minor tweaks in the current design of CNG buses. Although the current pilot phase of H-CNG buses is a step in the right direction, it should perhaps be considered as a stop-gap arrangement, at least until a cost-effective variant of green hydrogen blended fuel is discovered, which would address emission mitigation and will also be more economical.

Also Read
A much-improved version
OTTs must pay up
The infrastructure imperative
Understanding the four Vs of operations management – volume, variety, variation and visibility

While hydrogen-spiked CNG provides an innovative alternative to hydrogen-blended CNG, the fact remains that the fuel is still being produced from natural gas, ie, a fossil fuel. Typically, hydrogen can be produced in one of three ways, i.e., from fossil fuels (grey hydrogen), through carbon capture utilisation & storage (CCUS) application and fossil fuels (blue hydrogen), or by using renewable energy (green hydrogen). In the case of green hydrogen, electricity generated from renewable energy is used to split water into hydrogen and oxygen. This is by far the cleanest and perhaps the most expensive method of producing hydrogen at the moment. Majority of the hydrogen production in India takes place via fossil fuels and is used primarily in the chemical and petrochemical sectors.

From a commercial viability standpoint, when deciding on shifting towards cleaner fuel alternatives, two primary contenders come to mind—battery-operated electric vehicles (BEV) and hydrogen fuel cell electric vehicles (FCEV). Notwithstanding the various benefits of hydrogen FCEVs over EVs in terms of reduced refuelling time (5 minutes versus 30-40 minutes with fast charges), higher energy density, longer range, etc, what one needs to focus on is the entire life cycle of these vehicles as opposed to restricting the analysis to just the carbon-free tailpipe emissions. According to a recent report by Deloitte (2020) on hydrogen and fuel cells, the lifecycle GHG emissions from hydrogen FCEVs ranges between 130-230 g CO2e per km. The lower end of the range depicts the case of hydrogen production from renewables while the higher end reflects the case of hydrogen production from natural gas. The corresponding life cycles GHG emissions for BEV and internal combustion engine (ICE) vehicles range between 160-250 g CO2e and 180-270 g CO2e respectively.

It is equally important to take cognisance of the fact that not all aspects of hydrogen as a transportation fuel paint a pretty picture. For instance, the cost of lithium ion-based battery-operated vehicles has been reducing while hydrogen fuel cell technology is still in its nascent stages and is relatively quite expensive. According to a study undertaken by Volkswagen, which compares BEVs and hydrogen FCEVs, it is claimed that in the case of the latter, roughly 45% of energy is lost during the electrolysis process. Moreover, out of the remaining 55% energy that survives the process, another 55% is lost during the conversion of hydrogen into electricity within the vehicle. To put things in perspective, this implies that a hydrogen-run vehicle achieves an energy efficiency rate of 25-35%, which may vary based on the model. This analysis has been conducted with regard to passenger cars, and the results may differ in the case of heavy-duty vehicles. However, given that these are early days, one can be hopeful that we will be able to achieve economies of scale and attain cost reductions. This is in line with the report by the Hydrogen Council (2020) on hydrogen cost competitiveness that states scaling up and augmenting fuel cell production from 10,000 to 200,000 units can deliver a 45% reduction in the cost per unit. Similarly, the versatility of hydrogen allows for complementarity across its numerous applications. Moreover, based on the numbers quoted by this report, fuel cell stacks for passenger vehicles are expected to exhibit learning rates of 17% in the coming future. The corresponding figures for commercial vehicles stand at 11%.

According to estimates by the Institute for Energy Economics and Financial Analysis (IEEFA) (2020), some of the findings of green hydrogen projects under construction in Australia, China and Spain have been presented in the accompanying graphic.

Efforts are underway in India, and the research activities pertaining to hydrogen have been compiled and recently released in the form of a country status report. Adoption of hydrogen has seen several supporters in the country. In their quest for becoming carbon neutral by 2035, Reliance Industries plan to replace transportation fuels with hydrogen and clean electricity. Similarly, the National Thermal Power Corporation (NTPC) is considering setting up a green hydrogen production facility in Andhra Pradesh. The ministry of road transport and highways issued a notification proposing amendments to the Central Motor Vehicles Rules (1989) to incorporate safety standards for hydrogen fuel cell technology vehicles. As per a policy brief issued by TERI, demand for hydrogen in India is expected to increase 3-10 fold by 2050. Against this backdrop, the future of hydrogen, particularly green hydrogen, looks promising in India.

Goldar is senior fellow and Dasgupta is research assistant in the Climate Change and Sustainable Development Team, ICRIER. Views are personal