While RBI has been pushing commercial banks to disclose more of their bad loans as well as adopt a uniformity in classifying them – how can a loan be classified as an NPA in one bank but not another, it asked 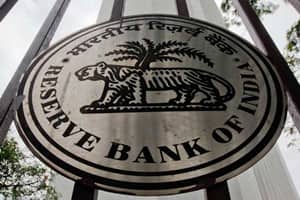 The figures released by the RBI shows that outward remittances under the Liberalised Remittances Scheme (LRS) have surged by close to 200 per cent over last year.

While RBI has been pushing commercial banks to disclose more of their bad loans as well as adopt a uniformity in classifying them – how can a loan be classified as an NPA in one bank but not another, it asked – and campaigned against defaulters (RBI Governor Raghuram Rajan said these freeloaders were raising the cost of borrowings for others), it was always curious why it was reluctant to disclose the names of defaulters or reports that, for instance, could have showed the banks were lending to promoters who were actively siphoning off funds. In part, the reasons for not doing so were genuine in that there could be commercially sensitive information which was being disclosed. Even so, with adequate checks to ensure this didn’t happen, the preponderance of good seemed to lie in more disclosure. After all, if an RBI inspection report showed that Bank A was lending money to Promoter B who was also siphoning off funds, surely this needs to be disclosed – to punish both the bank as well as the promoter. And going by RBI Deputy Governor SS Mundra’s presentation at a CII banking summit in Mumbai last week, the RBI is aware of this. In his slide on Asset Quality Review insights, Mundra talks of ‘funding satellite entities’, ‘round tripping’, ‘short term overdraft to repay’, ‘sale of assets within groups inflated’ and so on – if the central bank which is the banking regulator caught such gross irregularities, why were they kept masked?

One reason, possibly, could be the view that were such irregularities to be made public, it could affect the public’s confidence in banks. But surely the RBI catching such action by some banks would bolster confidence in the system. After all, when US and European banks have been fined more than $100 bn for their role in disguising and selling dodgy assets and manipulating all manner of markets, this has only strengthened the faith in the regulatory system.

Which is why, it is good that the Supreme Court has directed the RBI to furnish the names of defaulters of over Rs 500 crore or firms whose loans have been restructured. The information, it is true, is to be given in a sealed cover and is not to be made public right now, but who is to say what decision is taken on this later. After all, in another ruling, in December, the SC had said the RBI could not withhold information under the Right to Information (RTI) citing a fiduciary relationship with the banks. “RBI is supposed to uphold public interest and not the interest of banks”, the SC had ruled. This ruling had been made in the context of the RBI not complying with various RTI requests on names of defaulters and on the RBI’s inspection reports. It is not clear how quickly names of defaulters will now be made public, and certainly RBI has to ensure the information released does not compromise commercially sensitive information, but there can be little doubt that both judgments are aimed at bringing in more transparency into the system.