One aspect that never received adequate recognition in the context of what holds India together is the strength of Indian “cooperative federalism” and the role of Intergovernmental Fiscal Transfers recommended by successive Finance Commissions. 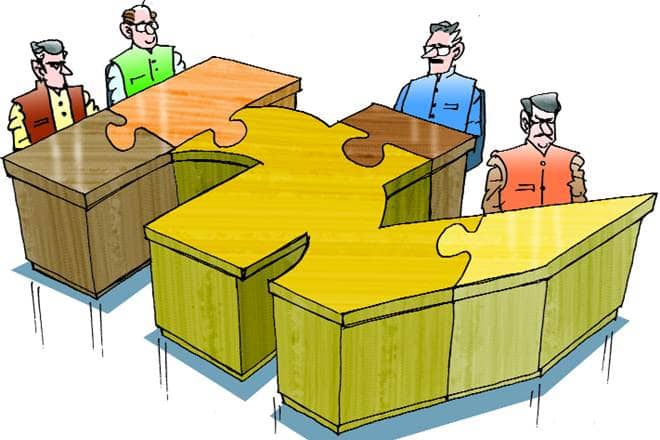 The second path is the state-level debt-deficit dynamics, though debt is an insignificant component compared to the IGFT, to attain macroeconomic stability and economic growth.

There is a renewed interest in asymmetric federalism in India against the backdrop of the recently constituted Fifteenth Finance Commission (XV-FC) and how Inter-Governmental Fiscal Transfers (IGFT) can even out such asymmetries. Why do nations “federate”? Or, why do units “hold together” as an optimal political area? I recently read a paper in the 2017 Spring Edition of Brookings Papers on Economic Activity, where Harvard University’s Alberto Alesina and his co-authors have examined 15 European Union countries and Norway from 1980-2009 to determine if “Europe” as a political project was “too ambitious.” They have found that there is a great extent of “economic convergence” within the European Union, despite widening cultural and institutional differences within an “economically integrated” Europe. However, the authors have clarified that it is not the cultural divergence that is the real stumbling block, but rather “nationalism,” which has been on the rise since even before the financial crisis. Such cleavages have started appearing even in the well-functioning federations like the US, very recently with Donald Trump’s protectionist policies.

In India, quite contrary to the European Union, it was not the benefits of a large market with free trade and integration in terms of economies of scale that motivated the units to “hold together,” amidst linguistic and cultural heterogeneities. Apart from the economic rationale, there are compelling political considerations for nations to “federate.” These include the benefits related to climate change commitments, defence against terrorism, foreign policy, research and innovation, securing energy supplies, and promoting peace, democracy and security. In India, the centripetal tendencies in federalism have created asymmetries over time. India has come a long way from the legacy of the Cabinet Mission (1946), which had recommended that we should be governed by a federal constitution with national government dealing with foreign affairs, defence and communications, and the remaining functions at the subnational government levels.

Still, to “hold together” a nation with as cultural and linguistic diversity as India, it was identified that a strong Union government was necessary. This centripetal tendency has created asymmetries over the years in Indian federalism and various FCs have tried to address these concerns through IGFT within their respective terms of reference (TORs). Asymmetric federalism, thus, arises from these unequal power relations in political, administrative and fiscal domains. Economic asymmetry has widened across states in India. In India, the richest province is Goa, a with per-capita income of Rs 2,70,150, and the poorest per-capita income province is Bihar with a per-capita income of Rs 34,168, as per CSO data for 2015-16. With such diversity, one wonders what “holds together” India. One aspect that never received adequate recognition in this context is the strength of Indian “cooperative federalism” and the role of IGFT recommended by successive FCs. These FC-transfers are highly progressive and provide much-needed resources to the poorer regions.

Can XV-FC catalyse the fiscal convergence process across states, towards macroeconomic stability and growth? From the fiscal federalism perspective, we have to think how XV-FC can help in catalysing fiscal convergence across states in India. Two issues are important here. One, determining the vertical share and the criteria of “formula-based” unconditional fiscal transfers, and two, the state-level debt-deficit dynamics. Determining the vertical share is a tricky issue before the XV-FC. The previous FC (the 14th), with its substantial devolution of 42% of divisible tax pool, giving more fiscal autonomy to the states to prioritise their expenditure decisions and triggering a reduction of “discretionary” elements in fiscal transfer design, has left little room for fiscal equalisation grants. This was followed by restructuring of non-FC grants and the elimination of Plan and Non-Plan distinction.

Would XV-FC play a role of maintaining “status quo” in determining the vertical share at 42%? Would the criteria for fiscal devolution be needs-based (population and area), conditions-based (fiscal discipline) or directed to offset fiscal disabilities (climate change commitments, per-capita income distance) or a judicious mix of all three? Would there be “equity” considerations in the forthcoming formula by integrating SDG criteria (in particular, gender) in IGFT? The variables given in the brackets are indicative and broad proxies to capture such dimensions of IGFT.

The second path is the state-level debt-deficit dynamics, though debt is an insignificant component compared to the IGFT, to attain macroeconomic stability and economic growth. Would the fiscal consolidation path prescribed by the FRBM Committee (with and without escape clauses) with 60% debt-GDP ceiling (with a threshold of 40% at national level and 20% at subnational levels) be the new norm for states to be fiscally disciplined? The 14th FC also has recommended a roadmap for entrusting extra-borrowing powers to the state—had they been fulfilling simultaneously four criteria including (1) the “golden rule” of zero revenue deficit, (2) fiscal deficit-GDP threshold to 3% of GDP, (3) interest payments to revenue receipts at 10%, and (4) debt-GDP ratio at 25%—to invest in growth.

One must not forget the political economy of IGFT in India in a comparative global perspective. In India, unlike in the Western (developed) world, we design the devolution of “divisible pool of taxes” to tackle large fiscal asymmetries. This is significantly different from the “grants-sharing mechanism” designs in the West and rest, as India is the only country (other than Pakistan) which significantly devolves tax pool with the states as entitlements. This is also different from “tax-specific” sharing of proceeds with the states, which India has left behind long back.

Given that more than 90% of the IGFT designed by the FC is through net tax proceeds (Chapter 1, Part XI of the Constitution), there is little room for grants (Article 275 grants), though the TOR of XV-FC has listed nine measurable performance-based incentives plausible to be considered while preparing their recommendations.

Any reversal from this IGFT pattern—approximately 90% as tax pool sharing and the rest as grants—can affect the progressivity of fiscal transfer system to redress asymmetries. Given the macroeconomic framework of IGFT on board, an exclusive element in the TOR of XV-FC, the new debt-deficit dynamics also determine the subnational public finance practices, along with the scientifically-designed transfers.