New insider trading norms to kick in from tomorrow

Sebi, in January, had notified the new regulations on insider trading. 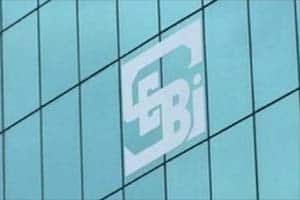 Sebi's guidelines related to testing of software and trading systems are already applicable for stock exchanges and would now be applicable for commodity bourses. (Reuters photo)

To tackle insider trading menace, a new set of norms will come into effect from tomorrow that provide for strict penal action for illicit transactions in shares of listed firms by promoters, key management personnel, their relatives and all connected persons.

The new norms, which would revamp nearly two-decade old regulations, would also ensure that genuine trades are not impacted.

Besides, greater clarity on concepts and definitions has been put in place along with a stronger legal and enforcement framework under the new set of norms called — Prohibition of Insider Trading Regulations, 2015.

The tightening of norms assumes significance in the wake of Securities and Exchange Board of India (Sebi) coming across cases of insider trading not just at small companies but at big corporates as well.

Sebi, in January, had notified the new regulations on insider trading.

Under the new framework, the definition of ‘Insider’ has been expanded to include persons connected on the basis of being in any contractual, fiduciary or employment relationship that allows such people access to unpublished price sensitive information (UPSI).

A ‘connected person’ is one who has a connection with the company that is expected to put him in possession of UPSI. The definition will also bring into its ambit persons who may not seemingly occupy any position in a company, but are in regular touch with the company and its officers who are involved in the know of operations.

A connected person would be someone who is or has during the past six months prior to the concerned act has been associated with a company, directly or indirectly.

Besides, immediate relatives of connected persons would also come under the same category unless they prove that they were not privy to unpublished price sensitive information.

The onus of establishing that they were not in possession of UPSI would be with the connected persons.

It has been decided to remove the requirement for repeated disclosures and ease compliance burden.

Under the new norms, listed companies would have to disclose details of securities held by promoters, directors, key management personnel and their relatives and other connected persons, before and after assuming such role.

Besides, the companies will have to formulate and disclose a code of conduct and a code of fair disclosure, comprising the practices and procedures followed for fair disclosure and handling of UPSI.

A number of firms have already formulated such code and appointed persons to look after the issue.

To protect the interest of investors, companies would now be mandatorily required to disclose UPSI at least two days prior to trading in case of permitted communication of such information.

Besides, communication of such information is prohibited except in instances of legitimate purposes or discharge of legal obligations.

Insider trading refers to dealing in securities after having access to unpublished price sensitive information and such practices provide unfair advantage to the entity who has privy to such details.

The definition of UPSI has been strengthened by “providing a test to identify price sensitive information, aligning it with listing agreement and providing platform of disclosure”.

Earlier, the definition of price sensitive information had reference to company only, now it has reference to both a company and securities.

Companies by law would be entitled to require third-party connected persons to disclose their trading and holdings in securities of the company.

In line with the new Companies Act, prohibition on derivative trading by directors and key managerial personnel on securities of the company has been provided.

Disclosure of UPSI to public has been made mandatory before trading, so as to rule out asymmetry of information in the market.

To provide clarity, generally available information has been defined as information that is accessible to public on a non-discriminatory platform such as stock exchange.

Meanwhile, insiders who are liable to possess UPSI all round the year would have the option to formulate pre-scheduled trading plans.

The latest norms have been prepared after taking into consideration recommendations of Sodhi Panel and suggestions from various other quarters.