Must Read
What are the transactions you can do at a Digital Banking Unit (DBU)?
SIDBI’s 59-min MSME loan scheme: Growth in loans sanctioned and disbursed drops, shows govt data
Hyderabad beats Paris, Montreal to win ‘World Green City award’
Moto E22s set to launch in India on October 17, here’s all you need to know
Pause slide

Credit and Finance for MSMEs: While neo banks are also a potentially effective channel to achieve social goals like empowering the hitherto under-banked small businesses and enhancing trust among retail consumers, they have found achieving a balance between growth and profitability a challenge, the paper said. 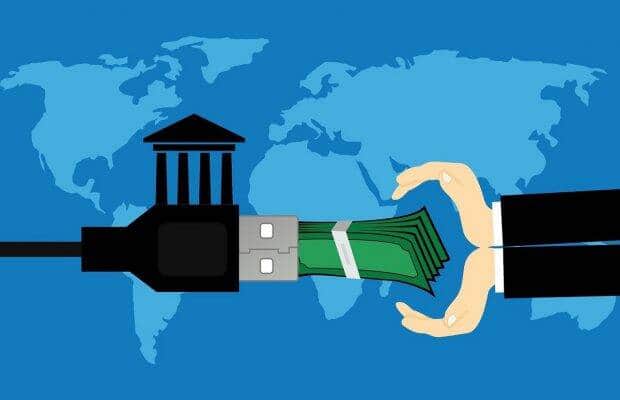 The paper offers a roadmap for these full-stack Digital Banks along with norms around their licensing and regulatory regime in the country. (image: Pixabay)

Credit and Finance for MSMEs: Niti Aayog Wednesday released a discussion paper to introduce new financial entities called ‘Digital Banks’ that would fundamentally aim to bridge the current credit gap for India’s MSMEs and get them into the formal financial fold. The paper titled Digital Banks: A Proposal for Licensing & Regulatory Regime for India published on the Niti Aayog’s website and seeking comments till December 31, 2021, offers a roadmap for these full-stack Digital Banks along with norms around their licensing and regulatory regime in the country.

“These entities (digital banks) will issue deposits, make loans and offer the full suite of services that the Banking Regulation Act, 1949 empowers them to. As the name suggests, however, DBs will principally rely on the internet and other proximate channels to offer their services and not physical branches,” according to the discussion paper. However, these banks will be subject to prudential and liquidity norms at par with the incumbent commercial banks.

“Digital banks will expand the field of banking and reduce overhead costs. It will appeal more to the tech-savvy people on the deposits side. For lending, they will compete also with fintech companies. The two distinguishing factors will be the cost of lending and speed or turnaround time for borrowers,” Madan Sabnavis, Chief Economist, Care Ratings told Financial Express Online.

The need for separate Digital Banks stemmed from the fact that “incumbent commercial banks have inefficient business models as evidenced by the high cost to income, and high cost to serve numbers,” the paper added.

While existing neo banks, which also rely primarily on digital channels, is a potentially effective channel through which policymakers can achieve social goals like empowering the hitherto under-banked small businesses and enhancing trust among retail consumers, they have found achieving a balance between growth and profitability a challenge, the paper said. In comparison, their Digital Banks “appear to have found the secret sauce to profitability.”

Moreover, estimates indicate that Digital Banks have high cost efficiency. For instance, China’s Digital bank Webank incurs a per account operation cost of $0.5. This may come up to 10-20 times higher when compared to traditional banks. In the Indian context, a FIBAC 2019 Annual Insights Report estimated the banking industry cost to income ratio at about 50 per cent, the discussion paper added. On the other hand, while private banks run a more efficient operation relative to their peers, they still had a cost to income ratio of 43 per cent.

“These ratios reduce their reach by excluding micro and small businesses, and credit of smaller tickets from their reach. Digital banks offer promise because their business model can organically cut down cost-to-serve and customer acquisition cost, thus offering them the headroom to expand coverage than the incumbent commercial bank,” Niti Aayog’s paper read.

“The idea of a full-stack Digital Bank is a timely innovation for MSMEs, given the recent penetration of digital during Covid. Moreover, MSME behaviour has also changed in the acceptability of digital techniques and the need for more credit. However, this innovation will also require creating enterprise ecosystems to attain success, as finance is only one ingredient for MSME success,” Shashank Tripathi, Partner, PwC India told Financial Express Online.

To enable a DB licensing and regulatory regime for India, the paper said that the infrastructural enablers such as a national ID, credit information architecture, real-time payments protocol such as UPI, and an emerging open banking regulatory framework known as account aggregators are already present.

“As a threshold issue, a two-stage approach is recommended. Given the important role of credit in the growth of the economy and pressing public policy necessity for bridging the Rs 25 trillion credit gap in the MSME sector, it is recommended that Digital business bank license be phased-in in stage 1”.

The sequence to licensing would involve first, issue of a restricted Digital Business Bank license to the applicant and the license will be restricted in terms of volume/ value of customers serviced; second, enlistment of the licensee in a regulatory sandbox framework enacted by the RBI; and third, issue of a full-stack Digital Business Bank license following the satisfactory performance of the licensee in the regulatory sandbox.