E-commerce marketplaces agreement to display the country of origin for online retailers has come a day after the Finance Ministry asked sellers on public procurement portal Government e-Marketplace (GeM) to mention the same for products listed. 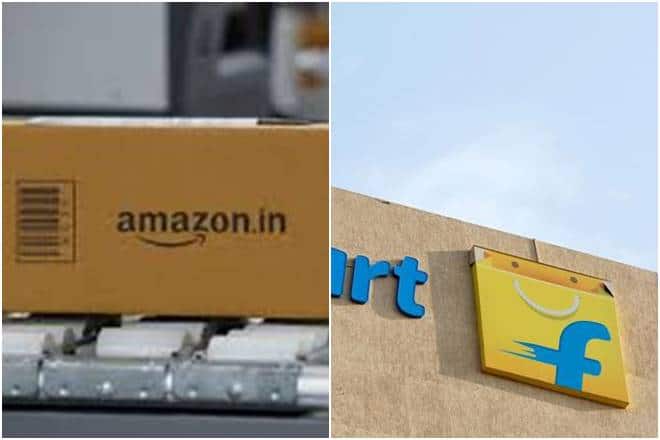 Horizontal and vertical online marketplaces such as Amazon, Flipkart, Snapdeal, Grofers, BigBasket, Pepperfry and others in a meeting with the Department for Promotion of Industry & Internal Trade (DPIIT) on Wednesday have agreed to display Country of Origin information for products sold online, multiple sources told Financial Express Online. The meeting was called by DPIIT to discuss giving consumers the information on the origin of the products they are buying. The meeting was also attended by 1mg, Jio, Paytm, ShopClues etc. apart from the above, a source present in the meeting said. However, this is first in the series of meetings that the government will hold ahead on the subject, said another source.

“There was the industry-government alignment on giving the country of origin as the information to customers. There was an agreement with participants that they want to do this. Since the notice for this came in yesterday only, companies said they would discuss this with their tech teams and get back on the modalities,” another source told Financial Express Online.

Among e-commerce players, Walmart-owned Myntra is already showing the Country of Origin under ‘View Supplier Information’ on the product page. The details also appear on many listings at Snapdeal wherever sellers have provided the information. The meeting was held a day after the Finance Ministry asked sellers on public procurement portal Government e-Marketplace (GeM) to mention the same for products listed. While the move echoed the government’s stand on promoting ‘Vocal for Local’ and Make in India goods, it came amid consumers’ growing clamour to boycott import and use of Chinese goods following the recent border clash between the armed forces of the two countries.

Also read: No turning back: Covid-led e-retail, payments growth here to stay even as in-store buying may stay muted

“However, the government agreed that while platforms will do the technology enablement of this (update) but it will finally be sellers’ compliance as they have to fill information in the fields provided and it is a lot of manual work for them,” the source added. The government, nonetheless, has not set any timeline marketplaces to enable the display of country of origin. “This was a preliminary meeting to understand the industry point of view.”

Meanwhile, traders’ body Confederation of All India Traders (CAIT) had urged the Commerce Minister Piyush Goyal to make the Country of Origin provision applicable for e-commerce companies as well. “CAIT raised this demand on 15th June to Commerce Minister in the wake of the fact that mostly all e-commerce companies are selling Chinese goods in large percentages on their portals and in absence of Country of Origin provision, the customers are unaware about the origin of the Country which certainly influences the choice of the Consumers,” it had said in a statement. Moreover, after chief ministers, political parties of all states, Bollywood and cricket celebrities, CAIT on Wednesday wrote to Reliance’s chief Mukesh Ambani and 50 other industrialists of India for their support to its ” boycott Chinese goods” campaign titling ” Bhartiya Saamaan – Hamara Abhiman”.