Just about two decades ago, credit cooperatives covered 69% of the rural credit outlets and their share in rural credit was fairly impressive, at 45% of the total rural credit in the country. 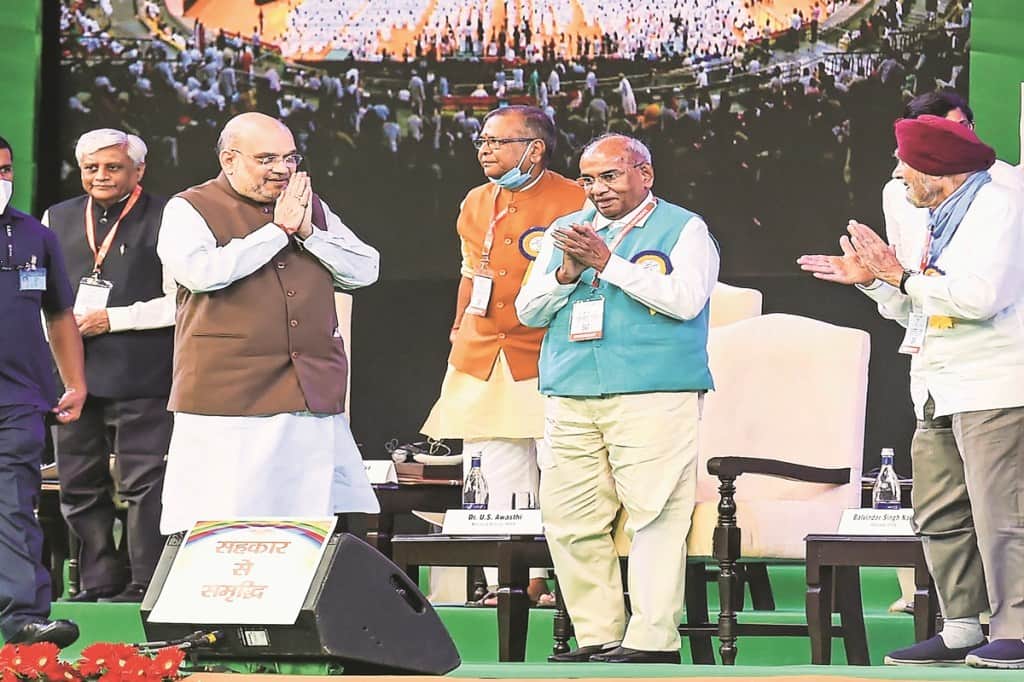 The move is seen as a prerequisite for the newly formed ministry of cooperatives to meet its ambitious objectives. (PTI)

Union home minister Amit Shah, who also holds the cooperation portfolio, on Saturday said that the Centre will soon unveil a new cooperative policy that will entrust the primary agriculture cooperative societies (PACS) with the task of implementing various government schemes in the farm sector.

The government is also planning to facilitate the creation of more PACS so that one such entity is present in every two villages.

“There is a role for PACSs in [running] many farm-related schemes like electronic national agriculture market (e-NAM) and soil health card scheme. Benefits of all these schemes will reach the ground level when PACS is made implementing agencies at village levels,” Shah said while addressing the first National Cooperative Conference in New Delhi.

The newly created cooperation ministry is also considering a proposal to convert PACS as farmer producer organisations, he added.

Shah said PACS would be strengthened, and states would be requested to make necessary changes in their laws through advisories. Pointing out that the current number of PACS is highly insufficient, Shah said: “The Centre will create necessary legal framework to increase the number of PACS to 3 lakh from current 65,000… One of the major issues is the current legal provision that disallows formation of a new PACS until the existing cooperative is wound up once it goes bankrupt.”

“But a PACS, to really make a difference, will need to first transition from being just a credit society to a multi-service centre (MSC) and turn into a one-stop shop for both goods and services,” Chintala suggested. NABARD is currently implementing a project to develop 35,000 PACS into MSCs on mission-mode.

Addressing the gathering of over 2,100 representatives of different cooperatives from across the country, the minister said the government would soon come out with a new cooperative policy after two decades. The current policy was approved in 2002.

On the criticism about creating a separate ministry of cooperation even though it is a state subject, Shah said: “There could be a legal response to it, but he does not want to get into this argument.”

The Centre, he stressed, will cooperate with states and there will be no friction.

The government will also support the existing national level cooperatives if they expand to other sectors, Shah assured the sector’s representatives and added that several changes in the Multi-State Cooperative Societies Act would be made in the near future.

As reported by FE earlier, the Union government may propose a Constitutional amendment in order to bring cooperative societies under the Concurrent List, not being dissuaded by a Supreme Court ruling that state-level societies are within the exclusive remit of the state legislatures while Parliament can make laws pertaining to multi-state co-operatives.

The move is seen as a prerequisite for the newly formed ministry of cooperatives to meet its ambitious objectives.