UK’s soft and tech power and India’s massive labour and consumer markets create the right environment for synergies between two nations that are desirous of influencing the international order while ensuring the wellbeing of their citizens. 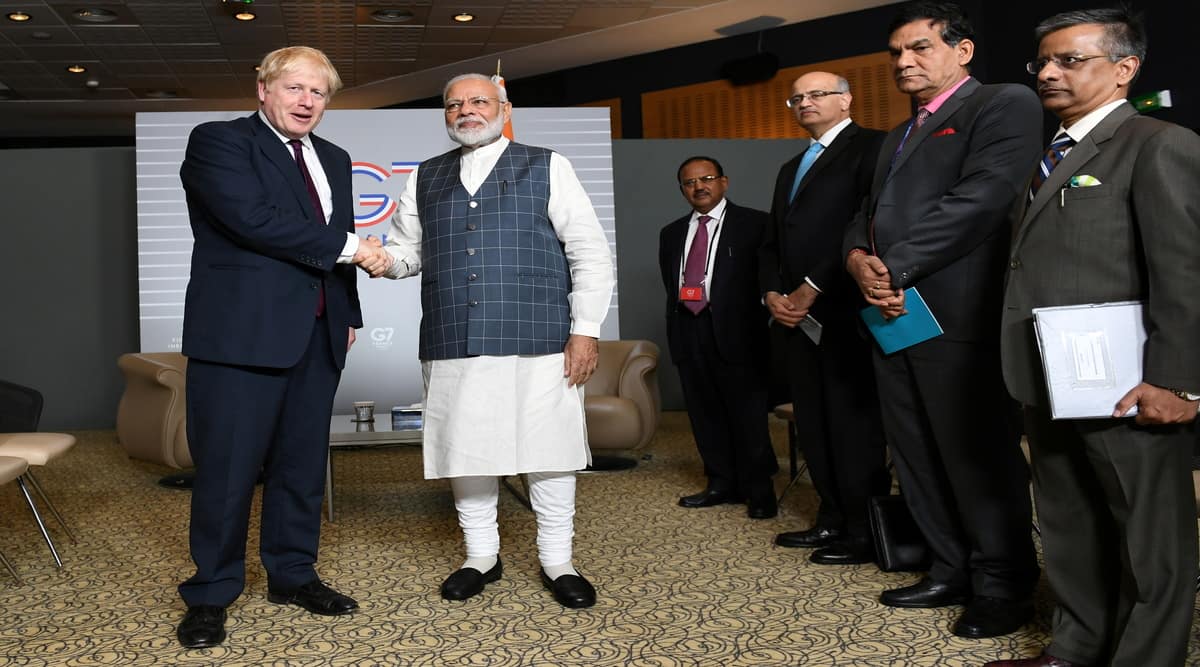 ‘…There is neither east nor west, border, nor breed, nor birth; when two strong men stand face to face, though they come from the ends of the earth!’ This message conveyed by the British Poet Rudyard Kipling in ‘The Ballad of East and West’ nearly 123 years ago is most evident during the current pandemic. A vaccine developed by a collaboration between the University of Oxford, United Kingdom’s oldest university, and AstraZeneca, a British-Swedish pharmaceutical company, was manufactured by the Serum Institute of India, not just for India and the United Kingdom (UK), but for scores of countries. In his ballad, Kipling also underscores the importance of mutual respect, of character, power, and integrity, when such great forces meet and collaborate. This is so true of these two nations in the current century. It has been 75 years since India’s political independence. Three generations have flourished in free India, with no experience of the coloniser-colony relationship. We are equals and need to work as equals.

In the 21st century, these two nations must look at their relationship through the lens of collaboration and networking and work towards addressing common challenges. Towards this end, I identify five key areas:

Earlier this fortnight, India and the United Kingdom launched formal Free Trade Agreement (FTA) negotiations with the aim of concluding an early harvest trade agreement over the next few months. For the uninitiated, early harvest agreements are used to open bilateral trade between two countries on a restricted list of goods and services, primarily as a forerunner to clinching a more comprehensive FTA.

In this context, it is important to note that India and the UK have complementary economies. While India ranks third in the number of technology start-ups globally, the UK ranks third in the number of billion-dollar tech companies. In 2019-20, India became the second-largest source of FDI in the UK, while the UK was India’s sixth largest investor with FDI worth $30 billion. Though the bilateral trade between them is $15.5 billion, they do not feature in each other’s list of the top 10 trade partners. The UK ranks 18th in the list of the largest trading partners of India. Hence trade is a major focus area in the India-UK partnership. Post-Brexit is an opportune time to shape a comprehensive relationship between the two democracies that is in line with the potential of both economies. This partnership can then have several positive outcomes.

British companies in India like Unilever, HSBC, GSK, Vodafone, Diageo, and Standard Chartered create indirect employment for 420,000 people. With substantial improvement made in the ease of doing business, India can be an outsourcing hub for British manufacturing companies. A common business language is an additional advantage for sectors like IT, R&D, and engineering.

On the other hand, the Tata Group is among UK’s largest private sector employers. TCS, its flagship company, was ranked #1 in the UK and among the best companies for diversity and inclusion. The 15-lakh-strong Indian diaspora in the UK, which consists of 1.8% of the population, contributes 6% of Britain’s GDP.

This mutual corporate goodwill can be substantially leveraged for livelihood creation, a key priority in both nations.

In 2020, India and the UK were the fifth and sixth largest economies of the world in terms of nominal GDP. However, in terms of nominal GDP per capita, the UK ranked 23rd, while India ranked 142nd. This indicates the extreme income inequalities in India. However, over the next 15 years, this scenario will transform into a phenomenal socioeconomic opportunity. By 2035, India will have the world’s largest middle-class population with 100 crore people. Hence, during the current decade, to benefit from the market volumes, British companies will have to understand the Indian psyche and necessities and create products for people at the base of the pyramid who earn between $2 and $10 per day, and constitute the largest proportion of the population. They will have to engage with people not just as consumers but as partners. For example, Hindustan Unilever, India’s largest consumer goods company, and a subsidiary of Unilever Inc. has consistently aligned its growth strategies with the evolving requirements of the country. Its commitment to a sustainable living plan, and support for the socio-economic empowerment of its supply chain partners through micro-credit and entrepreneurship initiatives like Project Shakti that have financially empowered over 80,000 women by doubling their income and helped them reach 40-lakh consumers in 160,000 villages across 18 states of India, is an example of how British companies can succeed in India through inclusive strategies.

The Millennium Development Goals (MDGs) succeeded largely because China lifted crores of people out of poverty. The success of the United Nations Sustainable Development Goals (UNSDGs) depends significantly on India as it is home to nearly 20% of world population, a vast majority of which are at the base of the economic pyramid. India needs an investment of $2.64 trillion to meet the Sustainable Development Goals by 2030. The UK can help India achieve its targets during this ‘Decade of Action’ through technology and solutions, products and services, collaborations and joint ventures. Its expertise in genetics and AI, advancements in healthcare, and investments through banking and financial institutions can create win-win outcomes for both nations, and a positive impact on the planet.

UK has a global profile that few other countries in the world can match. India is the emerging superpower. It is a significant partner in the new D10 grouping of the world’s largest democracies proposed by the UK. The continued outreach of Prime Minister Modi with the UK is focused on a forward-looking partnership between the two nations for the 21st century. The visit of Prime Minister Johnson as the Chief Guest of the Indian Republic Day 2021, which was cancelled due to the pandemic, was another milestone in this direction. The two nations can considerably help each other through greater convergence on issues like the future of work, higher education, urbanization and smart cities, technology evolution, and governance of multilateral institutions. Moreover, India is a natural partner for Britain in its role beyond Europe and at the periphery of the Indo-Pacific geography. There is great political will within both countries to work together towards this end and achieve newer heights.

I believe the UK’s soft and tech power and India’s massive labour and consumer markets create the right environment for synergies between two nations that are desirous of influencing the international order while ensuring the wellbeing of their citizens.

More Stories on
Government of IndiaTrade