Centre to borrow on behalf of states to meet GST shortfall

In a statement, the Union Finance Ministry said states were offered a special window to borrow Rs 1.1 lakh crore over and above their existing limits, to bridge the shortfall. 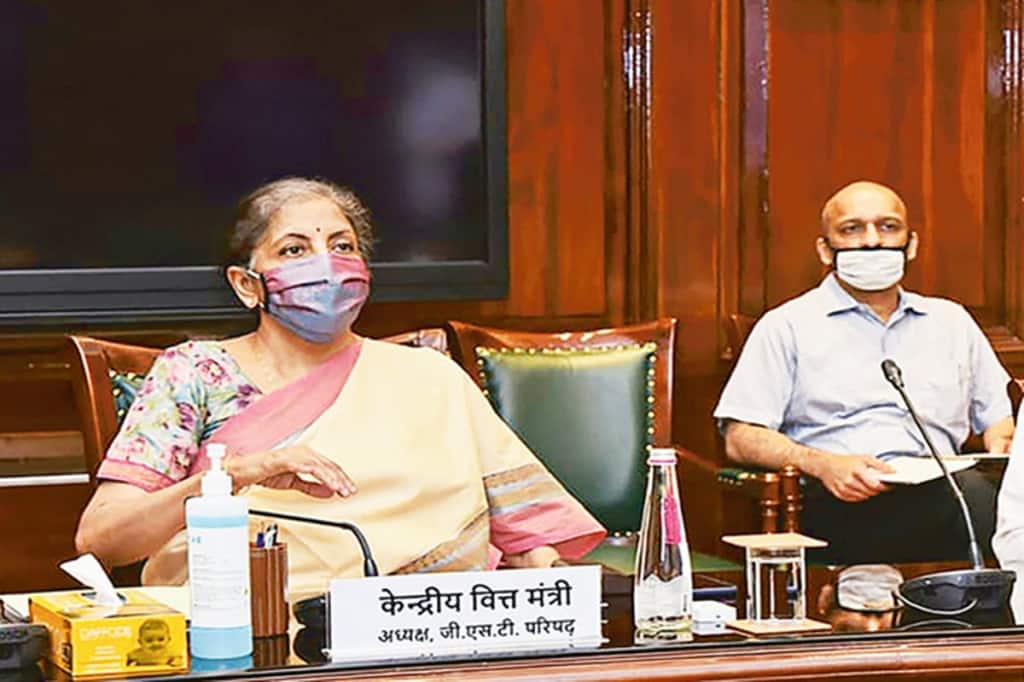 To make up for the shortfall, borrowing from the market was proposed.

The Central government will borrow up to Rs 1.1 lakh crore on behalf of the states to bridge the shortfall in GST collections, the Finance Ministry said on Thursday. A slowdown in the economy since last fiscal has resulted in a drop in the Goods and Services Tax (GST) collections, upsetting the budgets of states which had given up their right to levy local taxes such as sales tax or VAT when GST was introduced in July 2017.

To make up for the shortfall, borrowing from the market was proposed.

In a statement, the Union Finance Ministry said states were offered a special window to borrow Rs 1.1 lakh crore over and above their existing limits, to bridge the shortfall. “Under the Special Window, the estimated shortfall of Rs 1.1 lakh crore (assuming all States join) will be borrowed by Government of India in appropriate tranches,” the statement said. “The amount so borrowed will be passed on to the States as a back-to-back loan in lieu of GST Compensation Cess releases.”

The release, however, did not say who will service the interest and principal payments. The Centre borrowing on behalf of states is likely to ensure that a single rate of borrowing is charged and this would also be easy to administer.

The borrowing, the statement said, “will not have any impact on the fiscal deficit of the Government of India.” “The amounts will be reflected as the capital receipts of the State Governments and as part of the financing of its respective fiscal deficits,” it said.

Borrowing of the shortfall by the Centre will avoid differential rates of interest that individual states may be charged and will be an administratively easier arrangement, it added. “It may also be clarified that the General Government (States+Centre) borrowings will not increase by this step,” it said. “The States that get the benefit from the Special Window are likely to borrow a considerably lesser amount from the additional borrowing facility of 2 per cent of GSDP (from 3 per cent to 5 per cent) under the Aatma Nirbhar Package.”

When the GST was introduced in July 2017, states were promised a 14 per cent incremental revenue over their last tax receipts in the first five years of the GST rollout. This was to be done through a levy of a cess or surcharge on luxury and sin goods, but the collections on this count have fallen short with the slowdown in the economy since last fiscal.

To make up for this, the Centre suggested that the states can borrow against future compensation receipts. The Finance Ministry had earlier this week stated that 21 states have accepted one of the two borrowing options suggested by the Centre.

The borrowing option was, however, not acceptable to states ruled by the Congress and Left. The surcharge on cars and other luxury goods and tobacco products varies from 12 per cent to 200 per cent on top of the highest GST rate of 28 per cent. It was due to expire in June 2022.

This has now been extended beyond 2022. Interest on the borrowed amount would be the first charge on the cess, which gets collected beyond the five years. The next charge would be 50 per cent towards the principal amount which gets borrowed, that is Rs 1.10 lakh crore and then the remaining 50 per cent would be towards COVID-19 affected compensation.

Under the GST structure, taxes are levied under 5, 12, 18 and 28 per cent slabs. On top of the highest tax slab, a cess is levied on luxury, sin and demerit goods and the proceeds from the same are used to compensate states for any revenue loss.

The payment of GST compensation to states became an issue after revenues from the imposition of cess started dwindling since August 2019. The Centre had to dip into the excess cess amount collected during 2017-18 and 2018-19.