Given the lack of fiscal space, its failure as a macroeconomic tool does not bode well for the country 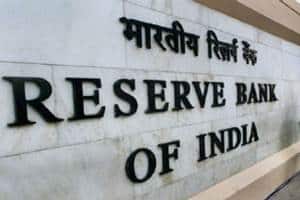 RBI has been in the headlines recently, largely in relation to personnel decisions and changes (choice of Governor and composition of Monetary Policy Committee, or MPC, etc). However, arguably of more importance are the major policy changes undertaken. Among the most notable recent policy change is the introduction of a formal inflation-targeting (IT) framework.

An integral aspect of such an IT framework is that the central bank must usually forsake control of the value of the currency (while still managing volatility) thus freeing up policy space to focus on domestic interest rates. Given the size of internal demand (consumption and investment) relative to external demand (exports), policy focus by RBI on the interest rate as opposed to the exchange rate may well be warranted.

However, the relevant question then is whether the benchmark policy interest rate (repo rate) is effective in impacting the real economy. In other words, how effective is the so-called interest rate policy transmission channel?

Also Read
A rate cut, but no dovish MPC
The Sino American tech trap
The Adani crisis
Understanding the four Vs of operations management – volume, variety, variation and visibility

A precondition for policy rates to have an impact on aggregate demand is that a significant share of the population is linked to the financial system in some manner, i.e. there has to be a high level of “financial inclusion”. Financial inclusion can be broadly understood as both provision of affordable access to as well as use of financial services by a large segment of the population. If a large proportion of the populace is financially excluded, changes in policy rates will have a relatively modest impact on most of the economy.

Historically, India like many other countries has tried to promote financial inclusion via state-owned banks which have been mandated to open bank branches in rural and unbanked areas. While the focus has in recent times shifted to offering services to poor and unbanked households rather than focusing on geographical areas per se, these state-owned banks have played a leading role in the government’s attempt to promote inclusive finance.

Such a policy has generally been met with limited success. Data from the World Bank (as of 2014) suggests that India still is home to slightly over one-fifth of the world’s unbanked population. Further, roughly 50% of adults in India do not have an account with a formal financial institution, which happens to be notably lower than that of its counterparts in other emerging markets like Brazil or China. There is also evidence that the frequency of use of these accounts among account holders is quite minimal.

Given the need to enhance financial inclusion, an alternative path suggested by some is to liberalise the banking sector and allow for greater domestic private and foreign bank entry. Foreign banks, in particular, it is believed, will bring with them new technologies, processes and expertise which could make it more attractive to service hitherto financially excluded parts of the economy.

As against this, some studies caution that foreign banks have the tendency to cater only to a narrow segment of the population—salaried, urban class and mid-and-large companies—and do very little to enhance financial inclusion per se. Even worse, more robust and unbridled competition could perhaps also lead to over-banking in the already well-banked areas. If the central bank fails to exercise sufficient prudence, this in turn could lead to asset price bubbles, over-leverage and eventual crisis, akin to the credit card binge post-financial liberalisation that resulted in an eventual bust in South Korea in 2003-04.

The process of banking sector liberalisation in India is occurring at a snail’s pace leading to a rather stagnant banking environment. Given the increasingly difficult circumstances for the global banking industry since the global financial crisis and big banks attempting to consolidate and remodel themselves, if anything, India’s concern today is not too much interest by foreign banks in the Indian market but rather too little. Give the efficiency and other benefits of foreign competition, the RBI should maintain and hasten its policy of financial liberalisation as the country is unlikely to be inundated with new entrants especially those willing to establish Wholly Owned Subsidiaries (WOS).

However, even if more foreign banks do enter the Indian market, such liberalisation may not in and of itself further the important objective of financial inclusion. Thus, at the minimum, care much be taken to ensure that foreign bank entry occurs in the form of greenfield investment by well-capitalised new-entrants rather than acquisitions as the latter will not do much to reduce bank concentration.

Given the lack of fiscal space in India, if the IT-based monetary policy is not effective as a macroeconomic tool, that does not bode well for the country especially in a rather volatile global economy. Under such circumstances, it would not be altogether surprising if calls for RBI to return to intervene more heavily and frequently in the foreign exchange market to manage the value of the rupee become louder. This will likely raise tensions between RBI and government and create unnecessary noise and uncertainty in the macro policy environment.

Rajan is a professor of economics at ESSEC Business School, Asia-Pacific Campus, Singapore, and Gopalan is currently a research Fellow at the Asia Competitiveness Institute, Lee Kuan Yew School of Public Policy at National University of Singapore.Views are personal