Fruits and vegetables must be brought within the purview of NAM. High taxes imposed by some states on agricultural commodities’ trade have to be reduced 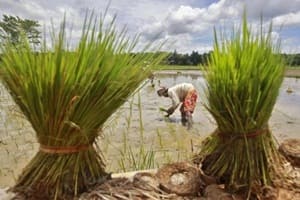 Why is the National Agriculture Market (NAM) a necessity today?

The purpose behind NAM is the creation of a common national market for agricultural commodities through an e-platform network. At present, agricultural produce market committees (APMCs) regulate market yards, limiting the scope of trading in agricultural commodities at the first point of sale where farmers bring in their produce following the harvest at a mandi located nearby. Mandis located across a state are not integrated and there are substantial transaction costs for moving the produce from one mandi to another within a state. Separate licences for each mandi are required for trading in different market areas within a state. This has led to a highly fragmented market and there is a high transaction cost for buying and selling agricultural commodities. Besides, it creates barriers for free movement of agricultural goods across the country.

NAM is an online platform with a physical market or mandi at the backend. Agriculture ministry officials say that NAM is not a parallel marketing structure but rather an instrument to create a national network of physical mandis which can be accessed online. According to the official document, NAM seeks to leverage the physical infrastructure of mandis through an online trading portal, enabling buyers situated even outside the state to participate in trading at the local level.

Also Read
Some cures, some lingering ailments
Fast-forward on safety
Has Indian IT shot itself in the foot?
Why management is both art and science

What is the government’s plan for developing NAM?

The electronic platform under NAM is being created through a special software developed by the agriculture ministry and the same is provided to each mandi—which agrees to come on board—free of cost. There are some basic criteria for a state to integrate into NAM. For instance, the concerned state must amend its APMC Acts by bringing in provision for electronic trading. Besides, states must provide a single licence to anyone willing to trade through NAM in a local mandi. Prime Minister Narendra Modi is launching NAM across 21 mandis in eight states—Telangana (5), Uttar Pradesh (5), Gujarat (3), Haryana (2), Himachal Pradesh (2), Jharkhand (2), Madhya Pradesh (1), Rajasthan (1)—tomorrow. The agriculture ministry is aiming at integrating 200 markets in NAM by September 2016; 200 more regulated markets would be integrated with NAM by March 2017 and the rest 185 markets by March 2018.

How will NAM function and what are the benefits that it would bring?

Agriculture ministry officials say that NAM increases the choice for a farmer after he brings in his produce to a mandi. Local traders can bid for the produce, as also traders on the electronic platform sitting in other states. The farmer may choose to accept either the local offer or online. In either case, the transaction will be on the books of the local mandi and they will continue to earn the transaction fee. With more mandis coming onto the NAM platform, the volume of business will significantly increase, as there will be greater competition for specific produce, resulting in higher transaction fees for a mandi. Agriculture ministry officials say that the gradual integration of all major mandis into NAM e-platform would ensure common procedures for issue of licences, levy of fee and movement of produce. Over 5-7 years, the ministry expects significant benefits through higher returns to farmers, lower transaction costs for buyers, and stable prices and availability to consumers. “NAM will also facilitate the emergence of integrated value chains in major agricultural commodities across the country and help promote scientific storage and movement of agri goods,” the official document on NAM notes.

Does this imply that various taxes and levies imposed by APMCs will be subsumed in NAM?

According to agriculture ministry officials, NAM—which is currently being implemented through the Small Farmers’ Agribusiness Consortium (a body under the agriculture ministry)—would not lead to reduction in various levies imposed by states besides mandi taxes. However, because of single registration given to traders in a state, this would lead to payment of mandi taxes only at one place even if the concerned trader is buying commodities through the NAM platform in multiple markets across a state. The government is aiming at reduction in taxes and levies imposed by states in the next phase of reforms.

How will quality checks and payment systems work under NAM?

The concerned APMC—which has agreed to be part of NAM—will ensure quality standards of agricultural goods sold through its platform. NAM envisages harmonisation of quality standards of agricultural produce and provisions of assaying (quality testing) infrastructure in every market to enable informed bidding by buyers. By end-March, as many as 14 states amended their respective APMC Acts for making provisions for e-trading. These are Andhra Pradesh, Chhattisgarh, Gujarat, Jharkhand, Haryana, Himachal Pradesh, Karnataka, Rajasthan, Sikkim, Goa, Madhya Pradesh, Mizoram, Telangana and Uttarakhand.

Are existing APMCs or mandis capable of handling NAM?

Experts say that infrastructure available for NAM at local markets varies from state to state. The NAM platform is being supported by agriculture ministry, which is bearing maintenance costs for each mandi. The integration cost for local mandis and customisation of software, training, etc, will also be paid for by the ministry as a one-time grant of around R30 lakh at the time of accepting the mandi in the national network. However, the running costs of the software at the local level, staff costs for quality check, etc, will be met with the transaction fee to be generated through the sale of produce. The key reason behind this support is to avoid any upfront investment by the mandi when it integrates into NAM, and enable it to support the running cost through additional generation of revenue.

How will NAM operate in the current form?

The 21 mandis where NAM is being formally launched would offer trading in commodities such as chana, castor seed, paddy, wheat, maize, onion, mustard and tamarind. But fruits and vegetables, where there often are prices fluctuations, are yet to be included in the NAM platform. Besides, the country’s two biggest mandis—Azadpur (Delhi) and Vashi (Mumbai)—have not yet agreed to come on board. A number of states which have amended their APMC Acts are yet to make changes for allowing the sale of fruits and vegetables through e-trading platform. Farmers face price volatility in selling fruits and vegetables as these are perishable, while in case of other commodities such as grains and pulses there are several traders involved in procurement.

What needs to be done from here?

Experts say that as long as fruits and vegetables are kept outside the purview of NAM, the volatility in prices would continue, thus depriving farmers from getting better prices. Barriers hampering interstate transfer of agricultural commodities also have to be removed. High taxes and levies imposed by states such as Punjab, Haryana and Andhra Pradesh on agricultural commodities trade have to be brought down; this would boost interstate trade and farmers’ income.