It’s the newest animal in the Indian banking sector. On August 19, the Reserve Bank of India (RBI) gave the green signal to 11 entities, out of a list of 41 contenders, to set up payments banks. 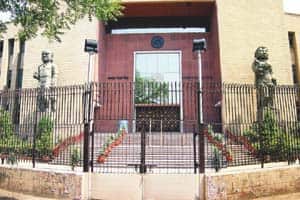 RBI monetary policy review: In its previous policy review on September 29, the central bank had cut the repo rate, at which it lends to commercial banks, by 50 basis points to 6.75 per cent, raising the cumulative rate cuts for the calendar year to 125 basis points. (PTI)

It’s the newest animal in the Indian banking sector. On August 19, the Reserve Bank of India (RBI) gave the green signal to 11 entities, out of a list of 41 contenders, to set up payments banks. These banks can accept deposits (with a cap of Rs 1 lakh per account), offer savings and current accounts, pay bills, issue cheques and debit cards, and offer internet banking. If there is one thing that payments banks cannot do, it is lending to people. Most of the large players have joined hands with existing banks.

What are the benefits of having payments banks?

The outstanding deposits of a small bank in India are in the region of R1 lakh crore, according to a report by the State Bank of India. If each payments bank can mobilise even a quarter of that amount, then between the 11 of them, they can raise Rs 2.75 lakh crore. As payments banks can only invest in G-Secs, this amount will be freed up for credit needs of infrastructure. India is still largely a cash-driven economy. It is understood that people are holding 13% of cash with them for day-to-day transactions. According to the report, even if the cash with the public gets reduced by 1% thanks to transactions using payments banks, this will increase the deposit base of banks by around Rs 15 lakh crore.

Why have telecom companies lined up to set up payments banks?

Four of the 11 entities that got a licence—Airtel M Commerce Services, Aditya Birla Nuvo (Idea Cellular), Reliance Industries and Vodafone m-Pesa—are related to telecom service providers. Dilip Shanghvi, too, is reportedly working with Telenor. If half of the payments banks have links to telecom service providers, that’s because it will push telcos’ revenues at a time when average revenues are falling, voice revenues are plateauing and data is just about starting to gain traction. Also, with 975 million mobile customers, telcos have customers deep in rural India who can access these services.

In addition, as far as telecom companies are concerned, the ability to use the phone for all kinds of small transactions will ensure the stickiness of the customer, leading to reduced churn. Telcos will be in a position to provide financial inclusion services since it is expected that, over time, mobile transactions will gradually replace micro payments. But don’t expect to see the success that Vodafone achieved in Kenya with m-Pesa, because the banking system was not well developed in the country then.

How does the entry of the Department of Posts change things?

The Department of Posts—which did not make the cut to be a small bank—is the only government entity in the list. It could well be the elephant in the room, since it already has a huge national presence—of the 1.54 lakh post offices in the country, 1.39 lakh (89.8%) are in rural areas. That’s a huge advantage because, apart from reaching consumers faster, many could well be existing consumers. In addition to taking deposits, it also offers postal life insurance and is a distributor of mutual funds. The outstanding balance under the post office savings scheme as of March 31, 2014, was R6.05 lakh crore. India Post, which is in the process of networking its branches, could soon emerge as the biggest challenger to the new payments banks.

What all can these banks do?

Payments banks can help unbanked Indians to conduct high volume-low value transactions quickly. They have to maintain a R1 lakh deposit cap per account. As these banks will be run digitally, they can build a credit profile of customers. With transaction history captured, banks can unlock retail business potential. It is estimated that, on the asset side, an incremental amount of at least R14 lakh crore per annum may be freed up for the credit needs of the infrastructure sector. Also, retail penetration in India is on the lower side at 9.5% of GDP against China’s 22.5%.

How easy is it to target the unbanked?

It’s not going to be easy to convince the unbanked to put money in payments banks. After all, this is something that they have never done before. However, considering that success that telecom companies have had in other parts of the world (Vodafone m-Pesa in Kenya), it should not take too long. Telcos will target existing customers who do not have bank accounts.

What all opportunities can payments banks leverage?

There are four basic opportunities—fees for acting as business correspondents, fees from domestic remittances, transaction fees on the usage of debit cards, and the spread on savings deposits. Considering that the bulk of India’s domestic remittances are done informally today, this is a huge opportunity. But it will take some persuasion to get migrant labour to opt for payments banks. The other difficulty would lie in getting the labour to be KYC-compliant.

But as more people get Aadhaar cards, things could improve soon.

Will payments banks hurt the business interests of existing banks?

The real issue is that payments banks will help tap customers that public sector banks have not been able to tap, despite being in the business for years. All along, India’s migrant labour has been using other means to send money home. That’s also because public sector banks find it too expensive to set up branches in rural India where customers are few and far between.