Is Covid-19 merely a transatlantic epidemic?

Covid-19, it appears, is more a transatlantic epidemic than a pandemic as such. The social media and a globally undifferentiated policy response, however, make it seem and feel like a pandemic 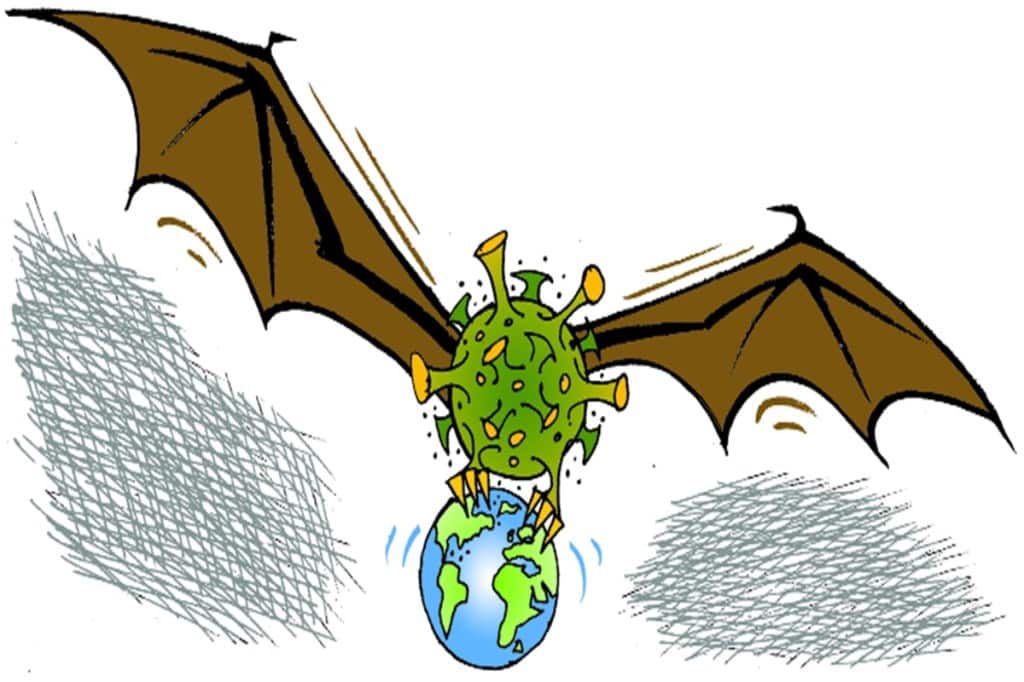 The Americas and Europe, on either side of the Atlantic, which account for just 23% of the global population, have had about 80% of all Covid-19 deaths so far

An analysis of global Covid-19 mortality as of January 21 shows that this has now crossed the 2-million mark. It took six months for deaths to touch 1 million, but just three months more to cross 2 million.

The accompanying table aggregates Covid-19 mortality data of 35 major countries at six-weekly intervals beginning March 6, 2020. The selected countries account for about 75% of the global population, and over 87% of Covid-19 deaths. It also gives the distribution of Covid-19 deaths across the five continents.

Covid-19 mortality has crossed 100,000 in four countries. Three of these are in the Americas, namely the US, Brazil and Mexico, and India in Asia. Deaths per million of the population is about 10 times higher in these three American countries (in excess of 1,000) than in India (111).

Also Read
Why management is both art and science
Understanding the four Vs of operations management – volume, variety, variation and visibility
A habitual offender?
Sanctity of institutions

The last three six-weeks saw more deaths than in any other preceding six-week period. The second deadliest six-week interval was the one prior to this. The indications, therefore, are that the epidemic is still in an expanding mode.

The world is currently in the throes of the dreaded second wave. As in the case of the Spanish flu a century ago, the second wave is turning out to be deadlier than the first.

This second wave is in evidence in the Americas, Europe and Africa. Although mortality in Africa is still relatively low, it is rising fast. It could emerge as a new hotspot in the absence of an aggressive vaccine drive.

The second wave in South America is not as deadly as the first, although mortality remains high. Asia and Oceania, meanwhile, have seen a remarkably rapid retreat in Covid-19 during this recent period.

The mortality is even more skewed if the Central Asia, Middle East and North Africa are considered as part of the Transatlantic-Mediterranean system that constitutes the epicentre of the ‘pandemic’. In South and East Asia, only three countries, namely India (111), Indonesia (98) and the Philippines (91), have Covid-19 mortality exceeding around 50-60 per million.

Covid-19 is, therefore, more a transatlantic epidemic than a pandemic as such. The social media and a globally undifferentiated policy response, however, make it seem and feel like a pandemic. Consequentially, the sharp differences in Covid-19 mortality by geography are not reflected in equally sharp differences in economic output loss.

Assuming the growth in 2019 to be the trend output, global output loss, estimated by the World Bank in its Global Economic Prospects of January 2021, is 6.6% of GDP (4.3% decline in growth, beyond the trend output loss of 2.3%). By this metric, the output loss estimated is 8.7% in the Euro Area, 7.9% in Latin America and the Caribbean, and 5.8% in the US where output loss was cushioned by an outsized and unprecedented fiscal and monetary response to protect businesses and incomes.

The output loss in Asia is lower, estimated at 5.6% in Japan, 4.1% in China, and 4.9% in East Asia and the Pacific. Remarkably, the sharpest loss in output is estimated for India that grew at 4.2% in 2019. With growth estimated at minus 9.6% in 2020, the total output loss is an outsized 13.8%, far higher than in neighbouring Bangladesh (6.2%). This is possibly because of its initial policy response, comprising an early stringent lockdown not seen even in countries where mortality was sharply higher.

In early September 2020, a model-based projection by the Washington DC-based Institute for Health Metrics and Evaluation (IHME) made the apocalyptic prediction that Covid-19 deaths in India could exceed well over half a million by January 2021. Back-of-the-envelope calculations done by this author, based on ongoing declining trends, however, indicated that Covid-19 deaths would be contained under 200,000 by end-January 2021 (‘Covid-19 axis shifts to the West Atlantic’; FE, September 12, 2020; bit.ly/3p9lknc). As it turns out, aggregate Covid-19 deaths in India are 152,906 as of January 21, 2021.

What are the reasons for the sharp differences in Covid-19 mortality globally?

First, the strongest and richest country in the world, the US, has the highest number of Covid-19 deaths, and there is high mortality across all G7 countries, except Japan. Poor public health infrastructure is, therefore, an unlikely villain of the piece.

Second, within the same grouping, governance failure could be a contributory factor. Populist leaders who discount science and do not adjust policies on the basis of growing evidence have generally fared badly—the US and Brazil in the transatlantic, and India and the Philippines in Asia. Germany, on the other hand, has fared well by European standards. Indeed, several advanced countries with women leaders, who tend to focus more on good housekeeping in governance, have fared better.

Third, it is now well known that Covid-19 mortality is much higher amongst those aged 60 years and above. While advanced economies generally have a higher median age, low mortality in aged Japan, and high mortality in younger Latin and South American populations indicate that this can, at best, be a contributory factor at the margin.

Fourth, since the virulence of Covid-19 has a geographical pattern—high mortality in the transatlantic and low in Asia—the finger of suspicion points strongly towards racial and immunological differences that have a strong regional bias. Caucasian genes are predominant in the transatlantic. While there is lower mortality in Africa, blacks are as badly affected in the US, South Africa and the Middle East and North Africa. The Covid-19 mortality has also risen sharply in Africa in the recent period. Asians, on the other hand, appear to be the least susceptible, even in the US. Within Asia, South Asia and especially India, which lies at the junction between the West and the East as it were, and has a greater intermingling of races, has higher mortality.

With the world in the throes of a deadly second wave, and Covid-19 still in an expanding mode, the big forward-looking questions are: First, the speed at which Covid-19 vaccines can be rolled out and administered and save lives. Speed appears to be the essence. Second, whether the current vaccines would be effective against new mutant strains that keep surfacing.