Independent directors on the boards of Indian companies are not known to voice their opinions even privately, let alone in public. 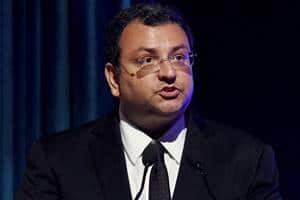 Independent directors on the boards of Indian companies are not known to voice their opinions even privately, let alone in public. More often than not in the past, they have gone along with managements even though it has been evident they should have disagreed with, or objected to, certain decisions. But despite the presence of highly-qualified professionals, the culture in Indian boardrooms has been one of quiet acquiescence; rarely does one hear of debate or dissension. Which is why the letter from the team of high-profile independent directors on the board of IHCL, to the stock exchanges, lauding Cyrus Mistry’s leadership efforts and the strategic direction provided by him to IHCL, is a watershed moment in Indian corporate history. That the directors—Deepak Parekh, Keki Dadiseth, Nadir Godrej, Ireena Vittal, Vibha Paul Rishi and Gautam Banerjee—chose to speak up in favour of Mistry, who was recently ousted from the board of Tata Sons and is fighting a boardroom battle with Ratan Tata, is creditable.

This is the first time independent directors have chosen to go public with their views and their ringing endorsement of Mistry must be embarrassing for Ratan Tata and the Tata Sons board who have questioned his performance. The collective wisdom of these top professionals and businessmen may go unheeded by Tata, and it is possible Mistry might yet be forced out of as IHCL chairman, to the detriment of minority shareholders. Nevertheless, the team’s endorsement of Mistry’s competence is an excellent example of how independent directors need to speak up. A precedent has been set, one that should inspire others to follow.

However, it would be unreasonable to expect such action across the board. In fact, the flip-side to the IHCL episode is that promoters might henceforth play it safe choosing only loyalists as independent directors. They might not wish to take a chance with those who may act professionally, in the interests of the company and the minority shareholders, rather than toe the line of the management or promoters. The more onerous provisions for independent directors set out in the new Companies Act had seen several professionals stepping down from boards; they were unwilling to be held accountable for actions or transactions they could not keep track of. To be fair, it is not easy for an independent director, essentially an outsider, to be fully aware of every transaction that takes place or every deal that is done and, consequently, report suspected fraud or unethical behaviour can be difficult. After all, corporate governance is not always the top priority for promoters, not even, it would appear, for promoters as highly regarded as the Tatas. What independent directors can do, however is to keep their eyes and ears open, ask the right questions and red-flag any suspicious transactions. Parekh and company have shown the way, standing up for what they believe is right. Hopefully, this will not be the last instance of its kind.