From plate to plough: Food inflation fears must not dull cereal exports 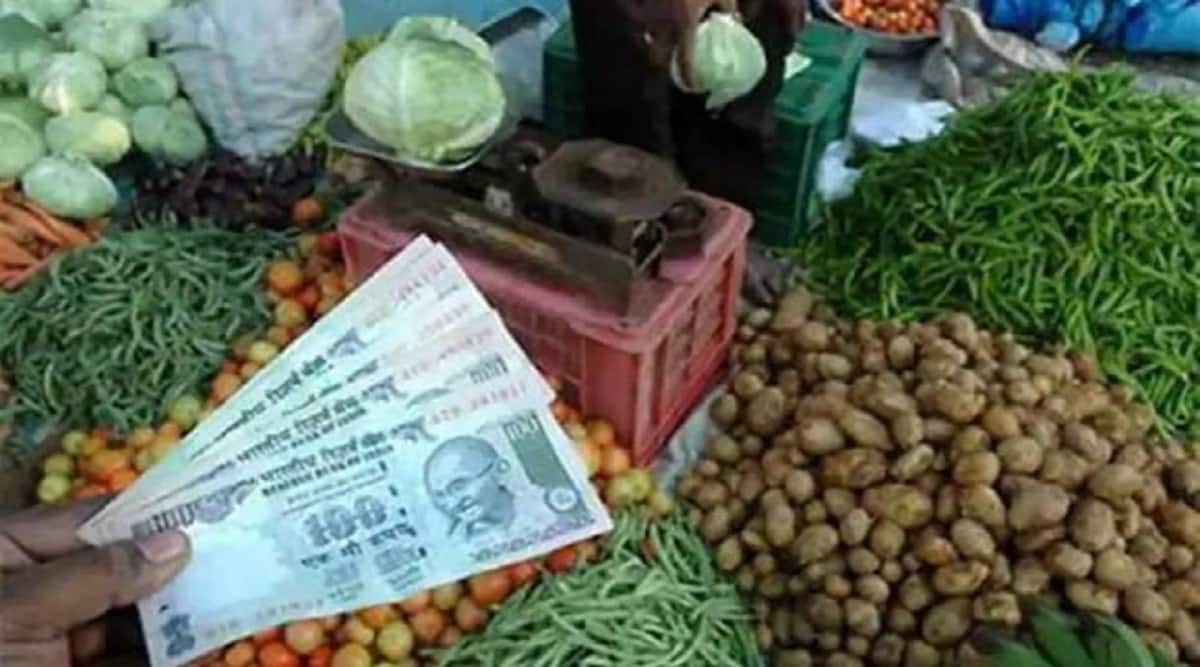 And still, it may be difficult to rein-in food inflation, which is surging faster than overall consumer price index (CPI).

The Reserve Bank of India (RBI) led by Governor Shaktikanta Das deserves compliments for raising the repo rate by 40 basis points (bps) and cash reserve ratio (CRR) by 50 bps with a view to tame inflation. High inflation is always an implicit tax on the poor and those who keep their savings in banks. The real value of their savings gets depreciated with every round of inflation as interest on their deposits is often way below the inflation rates. So, controlling inflation is an important mandate of RBI. The question that arises is: Will these increases in repo rate and CRR control inflation, especially food inflation? The short answer is ‘not right away’. Our assessment of the situation is that RBI has been behind the curve at least by 4-5 months, and its optimism in controlling inflation in earlier rounds of the Monetary Policy Committee meetings was somewhat misplaced. If RBI has to catch up on lost time, it will have to repeat this feat of raising repo rates and CRR by at least 3 times more this fiscal to mop up excess liquidity in the system. And still, it may be difficult to rein-in food inflation, which is surging faster than overall consumer price index (CPI).

The reason is simple. Food prices globally are scaling new peaks as per FAO’s food price index. Earlier, the disruptions caused by the pandemic, and now, the Russia-Ukraine war, are contributing to this eruption in food prices. India cannot remain insulated from this phenomenon. While, on the one hand, it has opened opportunities for Indian farm exports, on the other, it has posed challenges as import prices of edible oils and fertilisers surge.

Also Read
Inside Track by Coomi Kapoor: Yours, mine & mama’s Rajya Sabha nominees
An enigma: Paul Pogba’s departure rather than an expensive new contract should augur well for Manchester United
Across the Aisle by P Chidambaram: Economy still in the woods
Walk the Bhagwat talk: RSS chief has made all the right noises; others should listen to him

Let us focus here on cereals, which have highest weights in India’s food CPI. For the first time in the history of Indian agriculture, cereal exports crossed a record high of 31 million metric tonnes (mmt) at $13 billion in FY22, and there may be a repeat of the same cereal wonder this fiscal. Among cereals, wheat exports have witnessed an unprecedented growth of more than 273%, jumping nearly fourfold, from $0.56 billion (or 2 mmt) in FY21 to $2.1 billion (or 7.8 mmt) in FY22 (see graphic). Commerce and industry minister Piyush Goyal is upbeat on agri-farm exports, which crossed $50 billion for the first time in history, in FY22. On wheat, while the government has set a target of 10 mmt of exports in FY23, Goyal, in one of his interviews, recently said that it may go even upto 15 mmt. This has raised fears amongst many whether India can export 10-15 mmt in the face of scaling down production estimate of the current crop from 111 mmt to 105 mmt due to the heat wave and massive drop in procurement in the ongoing procurement season due to higher market price compared to MSP. However, there is very little talk on rice exports that crossed 20 mmt in FY22 in a global market of 50 mmt. That’s a much bigger wonder than wheat!

We feel some of the concerns on the wheat front are genuine, and we need to realise that climate change is already knocking on our doors, and with every 1oC rise in temperatures, wheat yields are likely to suffer by about 5 mmt, as per earlier Intergovernmental Panel for Climate Change reports. This calls for massive investments in agri-R&D to find heat-resistant varieties of wheat, and also create models for climate-smart agriculture. We are way behind the curve on this. But, we are way ahead on the curve in distributing free food to 800 million Indians, with a food subsidy bill that is likely to cross `2.8 trillion this fiscal out of net tax revenue of the Union government of about `20 trillion. Can Goyal, who is rightly upbeat on agri-exports also rationalise the public distribution system and Pradhan Mantri Garib Kalyan Anna Yojana (PMGKAY), in his other role as food minister, by targeting only the BPL population for free or subsidised food and charging a reasonable price, say, 90% of the MSP, from those who are above the poverty line, whichever way the poverty line is defined? The bottom line is he has to effectively target the massive food subsidy and save resources for the higher import bills on edible oils and fertilisers. Inflation in edible oils has been running amok, in double-digits, for a long time, and no relief has come to the consumers.

In the wake of likely lower production and procurement of wheat this year, Goyal has done well to substitute some of the wheat outgo with rice under the PMGKAY, and may also do so for the Food Security Act (FSA) allocations. We suggest giving the beneficiaries the optio to receive cash in their Jan Dhan accounts (equivalent to MSP plus 20%) in lieu of grains. This is permitted under the FSA; by doing so, he can save on the burgeoning food subsidy bill.

Goyal also needs to ward off any fear mongering over wheat that can push him towards an exports ban. Any such ban would be an anti-farmer move. The problem with our earlier policy-making has been that it is heavily biased towards protecting the consumers, in the name of poor, by supressing prices for farmers by choking the markets—through stock limits on traders, setting minimum export prices or outright bans on exports. Indian farmers need access to global markets to augment their incomes, and the government must facilitate them to develop more efficient export value-chains by minimising marketing costs and investing in efficient logistics.

The authors are respectively, Infosys chair professor, and consultant, ICRIER