The commonalities between bans on ride-sharing, cryptocurrencies and Electronic Nicotine Delivery Systems 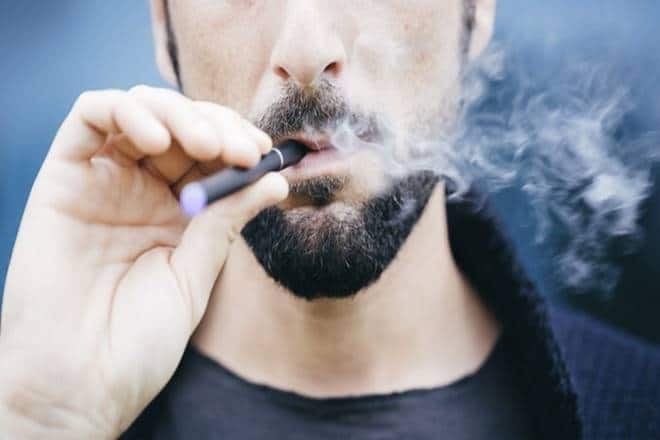 The objective of any regulatory action must be to provide a clear path that helps in socio-economic development and adequately accounts for unintended consequences. However, there is a rising trend, especially in the implementation of new technologies, to ban first and ask questions later. We saw this with ride-sharing, where following an unfortunate incident the government decided to issue an ‘advisory’ to ban these apps. In cryptocurrencies, RBI prohibited banks from concluding cryptocurrency transactions. And now the ministry of health & family welfare advisory to ban Electronic Nicotine Delivery Systems (ENDS). All three have a significant parallels. The first response was determined by populism and not data. With respect to cryptocurrency, reports indicate that RBI even clarified this decision was taken without hard evidence, essentially on instinct. The ENDS advisory makes claims on its health implications, which seem to be the same as for regulating tobacco at large. In all cases, disruptive models proposed helped achieve significant policy goals. With ride-sharing, people got access to affordable 24×7 transport. With cryptocurrencies, blockchain seems to be the discussion point in all government plans. Similarly, non-partisan reports have claimed that e-cigarettes are less harmful than tobacco, and that they deter smoking. For example, Public Health England has stated that vaping is at least 95% less harmful than smoking. Moreover, data from 2014 Eurobarometer on smoking and e-cigarettes revealed that of the 7.5 million e-cigarette users at that point, more than a third reported smoking cessation.

Law enforcement authorities step in to penalise market participants, resulting in people leaving the industry. News reports show how police arrested e-cigarette sellers, and the customs authorities have banned the import of these products. Today, thousands of small sellers, importing or manufacturing a new product in the market, are unsure if they’ll receive a return on their investment. This only fuels grey market channels, which runs the risk of operating unscrupulously, without regard to consumer protection issues such as regulating the quality of the product or limiting access to at-risk groups (such as young adults).

Also Read
Promoting whose prosperity?
Band-aid for Vodafone Idea
Startup20 and the potential for change
Evaluating Mintzberg’s 10 schools of thoughts for strategy formulation

The legal validity of such bans is often suspect. The advisory suggesting a ban on ride-sharing had no legal validity under the Motor Vehicles Act. The cryptocurrency ban was challenged in a High Court. The ENDS ban is based on the legal premise that these products are being sold in the market without a licence under the Drugs and Cosmetics Act, 1940. However, this position disregards the 48th Drugs Consultative Committee’s position that e-cigarettes cannot be regulated, as it would not be considered as “drug” under the Act.

The advisory route to such bans, therefore, runs the risk of being ultra vires the Constitution and classified as arbitrary actions of the state, violating the freedom of trade and commerce and potentially the right to health. In almost all cases, we see that the government begins to focus on developing regulations to govern the industry—a step it could have taken in the first instance without a ban—thereby creating more risks for the industry and impacting ease of doing business in the country.

A ban, often, is not developed through transparent consultations and is based on the arguments that are either not supported by evidence, or utilise a set of select data points. The ENDS advisory, for example, uses three classes of arguments to make its case. The first is “they’ve also done it” argument. The advisory cites 30 countries where the sale of ENDS is banned. However, it excludes the fact that 65 countries like the UK and the US have designed regulations to govern the sale, manufacture and use of ENDS.

The second refers to the harm that nicotine can cause to citizens, without clearly specifying how ENDS are more harmful than traditional alternatives. The advisory doesn’t register the results from Roswell Park Cancer Center, New York, which states that biomarkers of toxic chemicals were significantly lower in ENDS-only users. The advisory refers to the harm that citizens suffer from additives that can be found within the e-cigarette liquid. However, the resolution to this harm may be easier to achieve through improved regulation and not an outright ban. Steps such as standardisation of the product, setting norms for additives, prescribing a list of prohibit additives and a thorough toxicology test would increase health and safety, and help achieve tobacco harm reduction.

The third is the “risk to children” argument. Here the advisory claims, without evidence, that e-cigarettes will initiate smoking among young adults at a greater rate. Several studies have identified that the sale of loose cigarettes, access to smoking near educational institutions, and popularisation of smoking in the media increase willingness to smoking within young adults. It’s important to ensure that such products should not reach the hands of children. However, it must also be borne in mind that it can only be achieved through careful regulation that allows responsible players to come into the sector and ensure that the products are only accessible to adult smokers.

Such ad hoc regulation is against the foundational principals of a sound, evidence-based and participative regulator. As stated by Justice Srikrishna in his recent paper on regulatory structures, fast-evolving technologies make it difficult for Parliament to keep up with changes in laws. As a result, regulators in this day and age should look to be consultative, open and transparent in their rule-making. This would help identify the nature of the harm, provide specific and non-coercive measures to prevent the harm, and set targets for the regulator to identify success. Moreover, as several academics have claimed, there is always a risk that certain firms may co-opt regulators’ objectives. As a result, any measure must be industry-neutral, and be identified in a transparent manner so as to not create a perception that such regulations reflect the agenda of any interest group.

As technology disrupts business models, and we grow towards a trillion-dollar economy, these challenges in regulation will only increase. Bodies such as the health ministry should take measures to regulate ENDS based on wider and transparent consultations. This would help create a liability framework that identifies clear harms, and provides appropriate safeguards to protect consumer interest.

The author is a lawyer and the founder of Cantor Associates