Bharat QR: Here are 5 things to know about the new cashless transaction mechanism

Digital India has stepped ahead with a new technology of payments and that is Bharat QR Code payments transfer mechanism. This is a more streamlined system of making payments where technological problems will get reduced and people will not suffer from card loss or card expiry problems. 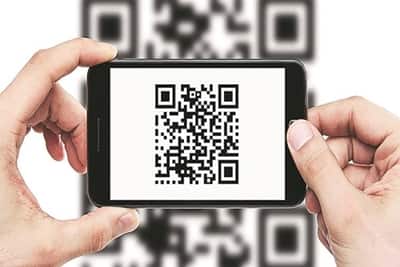 Digital India has stepped ahead with a new technology of payments and that is Bharat QR Code payments transfer mechanism. This is a more streamlined system of making payments where technological problems will get reduced and people will not suffer from card loss or card expiry problems.

Easily scanning the QR code through your mobile phone will help you in transferring your money from one source to another. Unlike digital wallets where payments are received from e-wallets, through QR code your payments will directly get received in your bank accounts.
Although various private companies and banks already have this facility in their mobile app, but what makes this QR code different from others is that it is interoperable with all the banks and it is not a closed-loop system.

Here are 5 things you should know about Bharat QR Code:

Get away with your digital card usage

Using Bharat QR code you do not need to swipe your credit card or debit card through any PoS terminal. You simply need to scan the QR code and transfer the payments. POS machines are readily not acceptable by various merchants because they have many drawbacks like machines do not work most of the time, there are security issues as well. Most of the time terminals do not even read the card properly and then merchants have to bear the loss as their products remain unsold.

Using QR code, merchants need not install a POS machine at their shops. They can simply have a QR code embedded on their cash counter and may receive payments through that facility. It will also not require any maintenance cost and moreover, if your shop has two-three floors, then in such a case you need to install POS machines everywhere which incurs cost. But using the QR code, you only need to keep your QR code at every counter without doing any installation or spending extra money.

QR code is interoperable with all banks

Bharat QR code can be linked to all the banks through a customer can easily make payments from any of his banks from which he wishes to make payments. The BHIM app, which was launched in December 2016, also has the same functionality where you can link your operational bank account through one app and make payments and transfer money.

Currently, NPCI has tied up with 14 banks where Bharat QR code will support payment terminals of RuPay, Visa, MasterCard and American Express. This will help in enabling a quick and handy process for making the transfer of payments and also help in saving time.

BharatQR is developed by National Payments Corporation of India (NPCI), Mastercard, and Visa, to expedite India’s transition to a less-cash society.

NPCI, which is a government-owned body and regulated by RBI, will look after the overall transfer of payment mechanism through this QR code as well. Earlier, NPCI has already successfully launched its UPI app and USSD feature for making payments.

With the launch of India QR code and BHIM app, various companies may see a downturn in their businesses, who saw their businesses grow multifold after the demonetisation.