Recently, the government put imports of colour TV under the “restricted” category, which means traders have to seek licences to buy these products from overseas. 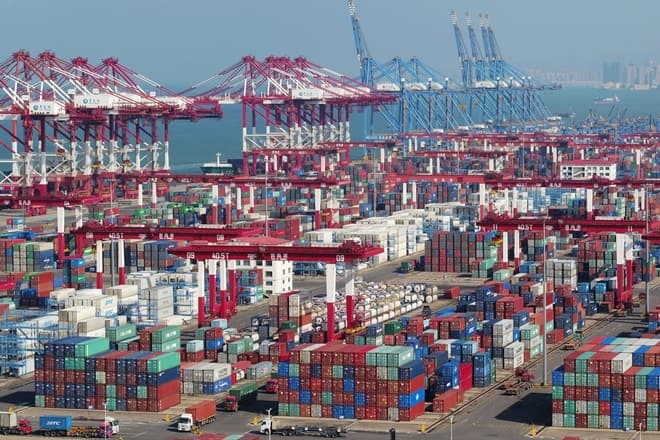 Amid a vigorous push for self-reliance, the government has tightened its scrutiny of imports in over a dozen segments — including air conditioners, leather, footwear, agro-chemicals, toys, furniture, electrical machinery and textiles — to gauge if “non-essential” purchases of some of these products from overseas can be trimmed by making the licence requirement mandatory, sources told FE.

Some other segments that have also come under heightened scrutiny are sports goods, CCTVs, steel, aluminium, electric vehicles, auto components, TV set-top boxes, ethanol and copper, one of the sources said. The government is also planning to impose a 20-25% import duty on active pharma ingredients (API) that can be produced locally to cut reliance on China.

Recently, the government put imports of colour TV under the “restricted” category, which means traders have to seek licences to buy these products from overseas. Already, the government has been deliberating on a slew of tariff and non-tariff proposals to curb low-grade and “non-essential” imports and promote domestic manufacturing, the share of which in the country’s GDP has remained stagnant at about 15-17% for three decades now.

While the immediate target seems to be imports from China, which has initiated a border clash with India and is the largest source of substandard products, government officials say the changes being considered under the Atmanirbhar Bharat are meant for a longer term and go well beyond the narrow considerations of punishing any country.

Apart from the bid to shore up local manufacturing, a suspected abuse of the India-Asean free trade agreement (FTA) by unscrupulous suppliers have also prompted the government to consider non-tariff restrictions on certain imports, which can’t otherwise be controlled with mere duty hikes.

Customs officials have long suspected that China may be diverting its supplies to India via Asean nations, abusing rules of origin, to illegally take advantage of duty-free market access under the FTA. Given the latest border skirmish and the frosty political ties, the diversion may surge, they fear.

In fact, after Singapore and Hong Kong, Vietnam has emerged as the third Asian trade partner, which counts on massive Chinese investments, to turn its usual trade deficit with India into a decent surplus in a span of just three years. Between FY18 and FY20, India’s trade balance with Vietnam swang from a surplus of $2.8 billion to a deficit of $2.2 billion, according to official data.

As for promoting local production, under a phased manufacturing programme (PMP) for TVs, certain parts like open cell, chips on films, printed circuit boards assembly are exempted from import duties. “Hence, India is ready for shift of manufacturing to India with cost effective imports of essential parts (if required),” a senior government official had said after the import curb on coloured TVs.

Noted economist and former vice chairman of NITI Aayog Arvind Panagariya last week said imposing the requirement of import licences would be a violation of WTO rules and warned against raising import tariffs. However, some analysts say the licence requirement is in sync with the WTO framework unless “aggrieved countries” can prove it’s done to restrict trade flow.

The government has stepped up consultations with industry to curb substandard and non-essential imports and replace these with domestic production. The government has also decided to review FTAs with trading partners, including Asean, Japan and South Korea.